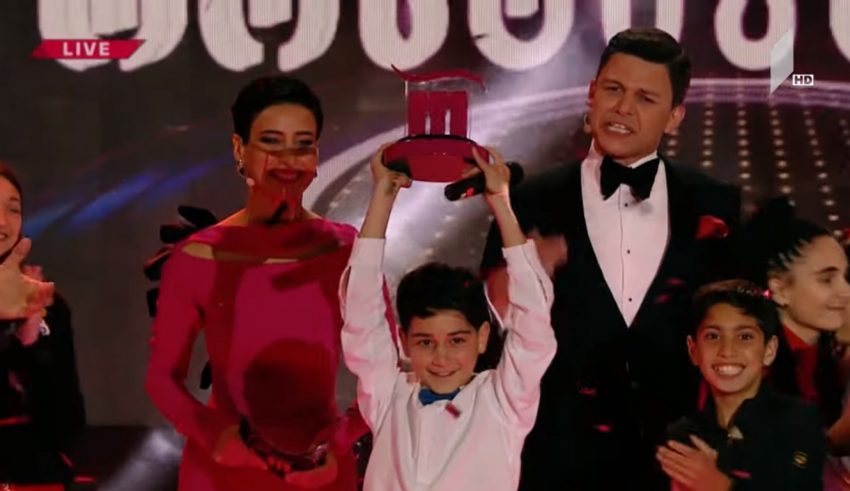 It’s Independence Day in Georgia, and at a large concert event in Tbilisi’s First Republic Square, 12-year-old Giorgi Rostiashvili has been selected to represent Georgia at Junior Eurovision 2019 in Gliwice, Poland.

Rotiashvili’s victory caps a marathon eleven week selection process on the talent show Ranina, which was also used in 2018 to select Tamar Edilashvili. Georgia has the most wins of any country at Junior Eurovision, having won the event three times in 2008, 2011, and 2016.

Runner-up Ana Berishvili will be the spokesperson for Georgia at Junior Eurovision 2019, and third-placed Anastasia Garsevanishvili will also accompany Rotiashvili to the finals.

Junior Eurovision 2019 will be held in Gliwice, Poland on Sunday, November 24, 2019. Rostiashvili is the very first announced contestant, though Georgia is one of ten countries currently confirmed for the event with more announcements expected to follow in June and July.

The rest of Europe has been warned: they know the caliber of talent they need to bring to top the dapper bow-tie wearing 12-year-old from Tbilisi. As a marker to the rest of the competition, Georgia laid down a statement of intent with Rostiashvili, who has shown adaptability and is a shrewd, understated performer who will rely mostly on his voice and stage presence to deliver the goods to a contest that has been accused of veering towards overly slick produced stage numbers to hide singers over the years.

Do #YOU think Rostiashvili has what it takes to bring a fourth Junior Eurovision victory to Georgia? Or were #YOU with Team Ana or Team Anastasia? Let us know in the comments, on social media, or in our forum.