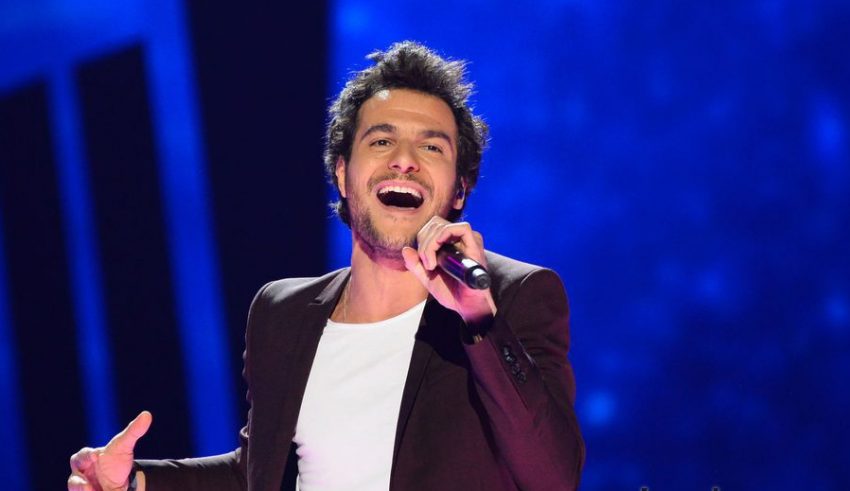 Hello there, and welcome back to Eurovision This Decade! In this series,we as a team are going through the amazing decade of the 2010s and reviewing the entries that took part country by country, and this time it’s France’s turn! But before we get stuck into France, let’s revisit Finland’s poll to see who #YOU picked as your winner!

In first place, Saara Aalto takes the Finnish crown for the decade with 2018’s “Monsters”, earning 39% of the vote. Second place went to 2014’s Softengine, with “Something Better” earning 23%, and third place in our poll was reserved for Norma John with 2017’s “Blackbird”, on 13% of the vote.

France has participated in all ten contests this decade and has given us a strong variety of performances this decade. Let’s take a look at how they’ve done recently and then get into the rankings their entries!

Jessy performed 18th in the grand final and finished in 12th place with 82 points in total.

Amaury performed 11th in the grand final where he came in 15th place with 82 points.

Anggun and her dancers performed ninth in the grand final and finished in 22nd place with 21 points.

Amandine opened the grand final and finished in 23rd place with 14 points.

TWIN TWIN performed 14th in the grand final where they finished in 26th (last) with just 2 points, the first French entry to ever finish last.

Lisa and her drummers performed second in the grand final and finished in 25th place with 4 points.

Amir performed 11th in the grand final where he finished in sixth place with 257 points overall.

Alma performed 26th in the grand final and finished in 12th place with 135 points in total.

The duo performed 13th in grand final where they finished in 13th place overall with 173 points.

Bilal performed 21st in the grand final and finished in 16th place with 105 points overall.

Our team of editors have all ranked France’s Eurovision efforts. Here are their favourites and why they appreciate them!

Madame Monsieur isn’t the first French entry to come out of a national final, but I believe it’s the best entry to be selected so far. This song connected with a political issue seen all across the world, was modern and timeless, featured a different side of the French sound we don’t get to hear often (aka not Parisian AF) and I will never think of the hand pumping motion the same way again because of “Mercy”.

I would argue France’s best this decade is actually Angelina’s “Jamais San Toi,” which came in 2nd at Junior Eurovision 2018. If Corsican opera singer Amaury Vassili hadn’t had a wobbly performance at Eurovision 2011 and if Jessy Matador didn’t sound like 2005 era Pitbull, I’d have named “Sognu” or “Allez Ola Ole” my favourite, but I have to give this to Anggun’s fantastic “Echo (You and I).” Great choreography, great costume design, and Anggun sounds like a French Annie Lennox doing a club banger. The most fun song of Eurovision 2012, and it’s shocking this came in a lowly 22nd.

As much as I love what Destination Eurovision is doing for France I have to give the win to one of their internal picks (Lautner would top this if J’ai Pas Le Temps represented France though) Amir is an excellent singer and performer and J’ai Cherche is just an excellently produced well performed slice of pop we need at Eurovision. This song also felt like a new dawn for France as they finally started to rise up the table again after a couple of awful results in row. J’ai Cherche is great and I’m so pleased it got the high finish it deserved.

Madame Monsieur brought this laidback low-key EDM song last year with a beautiful message. It is very pleasant to listen to and very easy to digest even though it is about refugees. This may have also been a big downside to the song since it faded away into the background a bit too much to get a top 10 or potentially top 5 placement. Nevertheless, this song is still my favourite from France in the past 10 years.

So sue me. TWIN TWIN were a breath of fresh air, brought a fun electro-pop sound to the contest and certainly stood out with their eccentric performances. It’s shocking that this was so woefully underappreciated at the contest and remains a highlight of this decade overall. TWIN TWIN? Oh yeah!

We as a team have combined our scores. Let’s see who our favourite for France is! Perhaps unsurprisingly, 2016’s “J’ai cherche” by Amir tops our editors’ poll and still sits supreme as the best French result of the decade. 2018’s “Mercy” sits four points behind in second, with Jessy Matador’s anthemic “Allez Ola Olé” in third from 2010. But how will #YOU feel about the French entries?

In the poll below #YOU can vote for your favourite French! entry from this decade!

We’d love to know what #YOU think of France’s entries and the series as a whole. Get in touch with us by commenting below, posting on our forum or visiting our social media pages!