Home 2010 A few words: Ranking the Eurovision winner speeches in the 2010s 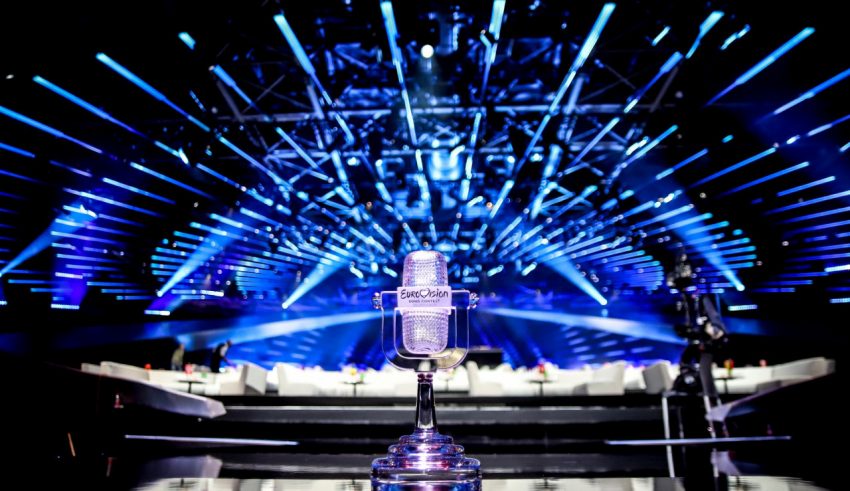 Obviously, the above can only come true for one act in each year, and unless our audience has grown to surprising levels, I imagine that anyone reading this has not achieved such an accolade in their life so far. Thus, it is impossible to truly grasp what is running through the mind of a champion as they stand before thousands of rabid fans and millions more through the camera lens. But those few words of wisdom may reveal a lot more than you would think about the performer and their mindset!

Since I often get strange intrusive thoughts relating to Eurovision, it seems good timing to look back over the last decade’s winners, and definitively rank their reactions and words of wisdom upon receiving the trophy. Which iconic moments stand out the most in the 2010s? Let’s dive in to the nostalgia trip… Okay, so this is a bit unfortunate for Emmelie, and a bit of a cop-out from me from the get go, as she did not actually get the chance to express her gratitude or produce a 30 second soundbite to enthrall or enrage Eurovision fans alike. But hey, Malmö gave us a nice bridge and a lot of confetti, so at least 2013’s winner announcement has something going for it! Hmm. Considering Loreen’s victory in 2012 was the most foregone conclusion in human history, you’d have hoped for a more spectacular turn of phrase from the iconic winner. Is she thanking her team or Europe? Who does she love? If I helped, when is it my day to look after the trophy? But hey, the sentiment was there, and in fairness the speech was a bit impromptu from the disjointed Azeri presenting team. A bit of a random one this, but it had all of the Jamala hallmarks we have come to love and cherish. Intense passion? Yep. Mentioning Ukraine itself? Uh-huh. Screaming and a sense of being overjoyed? You betcha. Not a classic or iconic speech, but Jamala let her performance do the talking in 2016, much like Loreen behind her in this countdown. Nice nod to “Love Love, Peace Peace”!

7. 🇸🇪 Måns Zelmerlöw (2015) – “I have so much to say right now. I’m so extremely happy and I want to thank all of you for voting and supporting me, my entire team, uh, Fredrik and David who couldn’t be here but who made this performance possible, and uh, I just want to say that we are all heroes, no matter who we love, who we are or what we believe in, we are ALL heroes.” Oof. Listen Mans, this isn’t the Oscars, we’re Eurovision fans. Give us some bull about acceptance and love. It’s a good job he saved it there at the end with the mandatory schmaltzy message or this would’ve been much further down this ranking. Perhaps the most prepared for a victory in this decade judging from the speech, Mans does have the honour of one of the more iconic poses with the trophy, as golden confetti cascades down around him. An image that has endured for years since! Short but sweet. Duncan Laurence gives the impression of a humble, honest performer so it seems a natural fit that his acceptance speech should put the music above all. But come on, you’ve just won for the Dutch for the first time in over 40 years! Where’s the crying, the elation? If I was holding that trophy for a UK victory I’d be a bawling mess… which is one of many reasons why I will never be holding that trophy. This was sweet. Netta obviously felt elated on that stage and the joy she felt at that moment is now forever enshrined in Eurovision history and puts a smile on my face. Should I detract from this speech with the knowledge that she kicked off a chain of incorrect host city announcements? No, that would be unprofessional of me. Using last year’s slogan as your message to Europe, though? That’s just poor timing, Netta! Say what you want about Azerbaijan’s surprise victory in 2011, but Ell & Nikki gave us one of the all-time greatest victory celebrations in recent years. Look at their wide-eyed amazement at the achievement they have made, the complete absence of composure from all of the performing team, Nikki mouthing “oh my god” to herself in what appears to be a British?? accent?? – this is what winning Eurovision should be about! The actual speech was nothing special, but the emotion was etched across both Ell and Nikki’s faces, and it’s hard not to feel happy for them here. For that first line alone I am putting this speech in third place. Lena absolutely did not know how to handle the situation of WINNING THE EUROVISION SONG CONTEST but that made this even sweeter. One of the finest personal journeys of the last decade culminated in a first victory for her native Germany in nearly 30 years, and Lena responded with the down to earth charm that assured Europe they had picked the right act to win. Never change, Lena!

2. 🇵🇹 Salvador Sobral (2017) – “Okay, erm, I want to say that we live in a world of disposable music, fast food music without any content and I think this could be a victory for music, for people who make music that actually means something. Music is not fireworks, music is feeling, so let’s try to change this and bring music back, which is really what matters.” Yesssss. I absolutely live for the chaos this speech caused in the Eurovision fandom and I am going to put the cat amongst the pidgeons once again by slotting this into my runner-up spot. Salvador raises an incredibly valid point on the state of the music industry, while simultaneously accepting his victory in this fast food and fireworks competition graciously. One of the most iconic moments in recent years that still continues to anger a certain section of the fandom and thrill the others. Bonus – it’s Portugal winning Eurovision!

1. 🇦🇹 Conchita Wurst (2014) – “This night is dedicated to everyone who believes in a future of peace and freedom. You know who you are. We are unity, and we are unstoppable!” Come on, did you really expect anything else here? Conchita’s victory in Copenhagen five years ago was the most seismic of this decade and her message of unity and acceptance resonated around the globe for days after the competition. Wurst’s performance and empowerment of the LGBT community in 2014 made her a recognisable figure worldwide, and she has since gone on to use her heightened position for the benefit of many. A star was born with this moment, so it’s no surprise that this moment deservedly sits top of my ranking.

Do #YOU agree with my ranking? What was your favourite winner’s speech from the 2010s? Do #YOU want to see more niche ramblings like this? Share your thoughts with us on our forum HERE or join the discussion below and on social media!