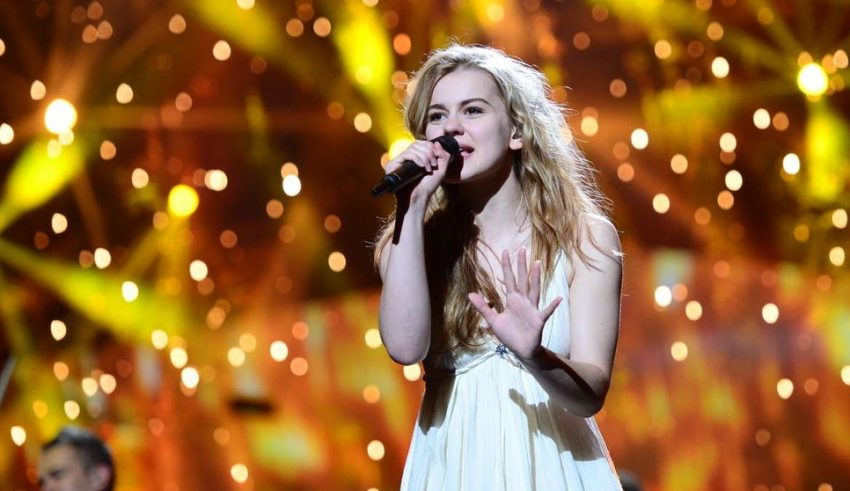 All opinions expressed in this article are those of the person quoted and do not necessarily represent the opinions of the other team members or the ESC United as a whole.

Hello and welcome back to Eurovision This Decade. As a team we are reviewing each country’s group of entries from the amazing decade that was the 2010’s and today it’s Denmark’s turn. But before we start reviewing Denmark lets take a look at how #YOU voted in the Czech Republic poll!

Denmark has competed in all of the ten contests this decade and has given us some amazing and memorable songs, including a winner. Let’s take a look at their track record and then get into the rankings!

Performed fourth in the second semi final and qualified for the final in fifth place with 101 points. The pair then performed 25th in the grand final where they finished in fourth place overall with 149 points.

Performed 18th in the second semi final and qualified for the final in second place with 135 points. The band then performed third in the grand final and finished in fifth place with 134 points.

Performed 13th in the first semi final and qualified for the final in ninth place with 63 points. Soluna then performed 15th in the grand final and finished in 23rd place with 21 points overall.

Performed fifth in the first semi final and qualified for the final in first place with 167 points. Emmelie then performed 18th in the grand final and won the contest with a grand total of 281 points.

Qualified for the final automatically as the host, with the contest held in Refshaleøen, Copenhagen. Basim performed 23rd in the grand final and finished in ninth place overall with 74 points.

Performed 13th in the first semi final and failed to qualify for the final. They finished 13th on the night with 33 points.

Performed 13th in the second semi final and failed to qualify for the final after finishing 17th on the night with 34 points.

Performed eighth in the second semi final and qualified for the final in tenth place with 101 points. Anja then performed tenth in the grand final where she finished in 20th place with 77 points in total.

Performed fifth in the second semi final and qualified for the final in fifth place with 204 points. Rasmussen then performed 15th in the grand final and finished in ninth place with 226 points overall.

Performed seventh in the second semi final and qualified for the final in tenth place with 94 points. Leonora then performed sixth in the grand final where she finished in 12th place with 120 points.

Our diverse team have ranked Denmark’s entries from 1 to 10. Here are our favourites and a few words on why we love them!

This song is straight up iconic, and such a great song from Denmark overall. I feel like Denmark really found their stride of Eurovision classics within this decade, and this song really started them off on that foot. It was hard to decide between this and “Only Teardrops” but I honestly feel as if this song is the first thing I think of when I think “what’s the best Denmark song of the 2010s?” Plus that moment when they slide across stage? Killer.

Denmark is one of those countries that tends to faceplant at the national selection, in that their best rarely makes out of that stage (instead of a glorious Greenlander pop anthem Denmark sent some weak-sauce faux-Frenchy faux-twee teenybop song this year). But the one time their best did make it out of MGP alive, it was awesome. Rasmussen’s “Higher Ground” plays with the imagery of the warrior Viking and says that in some situations you are more of a man if you don’t take the bait and you walk away. It’s Kenny Rogers’s “Coward of the County” given a 2018 Scandinavian refresh. Delivered by a guy who looks like a wildling from Game of Thrones.

This was a song I was behind from the very beginning. From the very first listen Higher Ground was easily my favourite of its national selection and was and remains in my top 5 for Eurovision 2018. It’s an epic and anthemic three minutes and offers something that isn’t seen often at Eurovision. People don’t really seem to mention this much but Rasmussen is an insane live vocalist, He is extremely strong and is the perfect type of artist for this particular song. The public got it right with this one, it was one of the standout moments of Eurovision 2018 and rightfully earned a spot in the top 10.

I am not going to lie; this is possibly the biggest nostalgia pick of them all. I was a 12-year-old young chap and mum allowed me to vote for the first time in Eurovision. Guess which song I took? Yep, it’s this one! I still enjoy it very much today and still think it is good. I guess it was love at first listen and the love never died.

For me, and I have to be blunt, Denmark did not offer a lot in this decade, with a number of bland uninspiring entries that seemed to strike a chord with many but pass me by. The one for me that I could really root for was this emotive number from 2012, a criminally underrated guitar pop-ballad with a genuine quality that I felt was missing from most of the Danish entries here. Figures that it was one of their worst results this decade!

I may still run around screaming, “Laying down my armour!”

So, you’ve seen our favourites. Now you can see the rest of the rankings. Here is our overall team ranking for Denmark! “Higher Ground” was our team’s clear favourite from 2018, edging out 2013’s winning entry “Only Teardrops” in second. But do #YOU agree with our assessment? Time to have your say!

In the poll below #YOU can vote for your favourite Danish entry from this decade!

We’d love to know what #YOU think of Denmark’s entries and the series as a whole. Get in touch with us by commenting below, posting on our forum or visiting our social media pages!