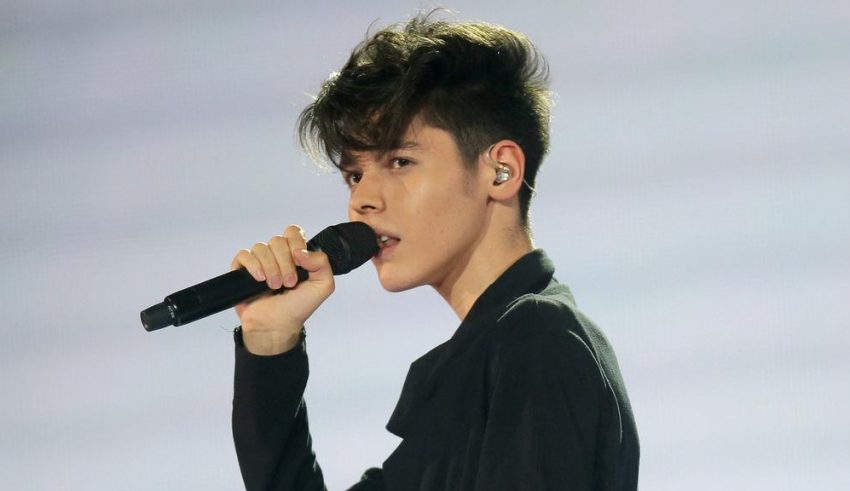 Hello and once again welcome back to Eurovision This Decade! We as a team here at ESCUnited are looking back at the amazing decade just gone and going through all the entries country by country. Today it’s Bulgaria’s turn, but before we get into Bulgaria let’s take a look at how you guys voted in the Bosnia & Herzegovina poll!

It was a pretty resounding victory for Dino Merlin‘s 2011 entry “Love in Rewind”, which gathered half of the votes in our poll! Second place went to the most recent Bosnian entry, 2016’s “Ljubav je”, with 26% of the vote, followed by 2012’s Maya Sar and “Korake ti znam” with 18%. Time to move on to another former country…

Bulgaria have participated seven times in the 2010’s and have given us some extremely memorable moments. Let’s take a look at their track record and then get into the rankings.

Performed 13th in the second semi final and failed to qualify for the final. Miro came 15th on the night with 19 points.

Performed tenth in the second semi final where they failed to qualify for the final. Poli’s first entry saw Bulgaria finish 12th in the end with 48 points.

Performed eighth in the second semi final and failed to qualify for the final, coming 11th on the night with 45 points, losing a tie-break with Norway in tenth.

Performed seventh in the second semi final and failed to qualify for the final, finishing in 12th place with 45 points.

Bulgaria returned after two years out in 2016 and performed 12th in the second semi final, where Poli qualified for the final in fifth place with 220 points. Poli then performed eighth in the grand final where she finished fourth with 307 points.

Performed 15th in the second semi final and qualified for the final in first place with 403 points. Kristian then performed 25th in the grand final where he finished as runner-up with 615 points, the country’s best result to date.

Performed tenth in the first semi final and qualified for the final in seventh place with 177 points. They then performed 18th in the grand final and finished in 14th place with 166 points.

These are the reviews of our team’s personal favourites!

I’m about to lose a lot of credibility here, but I think that “Samo Shampioni” is slept on by most of the Eurovision fandom. There is SO much going on here from the Bulgarian bagpiper, to the folk singing, to the drums. But it is honestly so beautiful and so Bulgarian. Plus, I would much rather take a drumline breakdown over an instrumental electronic breakdown. Elitsa has some gosh darn pipes (no pun intended). “If Love Was a Crime” is good, but I know this deserves just as much credit on the table.

“If Love was a Crime” is the perfect love pop song. Sure, the lyrics are headslappingly stupid, but a song about two passionate lovers taking the plunge is rarely about sensibility. It’s an uptempo dance number that perfectly captures the first moments of a romance about to burst into flames. Whether you’re newly in a relationship or years into one and wanting a reminder of those first moments of connection, Poli Genova has one hell of an anthem for you. And with the chorus, “If Love was a Crime” is the most organic Eurovision comingling of English and a competing country’s native language to date.

Bulgaria’s 2017 effort is just the complete package. It has everything a Eurovision winner should have. Kristian Kostov is an outstanding vocalist; the song was staged brilliantly, and the song had a massive impact. This is in no way disrespecting Portugal, Salvador Sobral or his song but personally I feel this deserved to win much more than “Amar pelos dois”. Obviously people are going to disagree with that but that’s just how I feel. Beautiful Mess is the winner of Eurovision 2017 in my eyes.

I really liked this song the first time I listened to it. For me it imediately sky-rocketed to one of my favourites to win the contest that year. Kristian’s live performance is great, but I wasn’t the biggest fan of the staging. I was a little let down because the music video was so amazing. The song is still one of the better ones in the modern ESC-era and it is 100% my favourite from Bulgaria.

Bulgaria really announced themselves in the Eurovision world with this infectiously catchy pop number, and in a strong year Poli and her team managed to stand head and shoulders above most. Not a night went by in Stockholm without Euroclub losing their minds to this song and it still endures to this day. While “Beautiful Mess” was a very slick and polished entry a year later, this is a modern Eurovision classic that achieved a very deserved placing.

Pop perfection, but should it technically be, “If love WERE a crime”

We have also ranked all the entries from Bulgaria and converted into Eurovision style points. This is our overall ranking! In the poll below #YOU can vote for your favourite Bulgarian entry from this decade!

We’d love to know what #YOU think of Bulgaria’s entries and the series as a whole. Get in touch with us by commenting below, posting on our forum or visiting our social media pages!