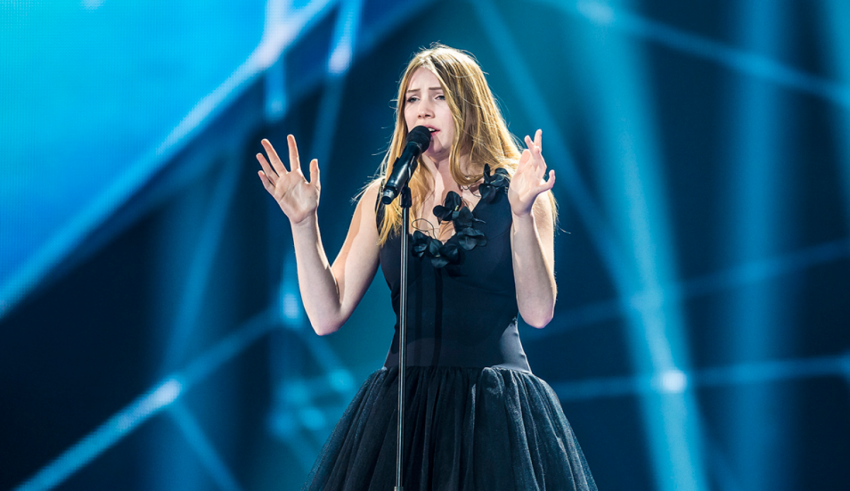 Hello and welcome back to Eurovision This Decade. As a team, we here at ESC United are looking back at the amazing decade just gone and looking at each countries entries and picking out our favourites. Today it’s Belgium under the spotlight! But before we get into Belgium, let’s take a look at how you voted on the Belarus poll!

Belgium has participated in every contest this decade and has given us some really memorable moments and successful entries. Let’s take a quick look at their track record and then get into the rankings!

Performed tenth in the first semi final and qualified for the final in first place with 167 points. Tom then performed seventh in the grand final where he finished sixth with 143 points in total.

Performed fourth in the second semi final and failed to qualify for the final, coming 11th with 53 points.

Performed eighth in the first semi final and failed to qualify for the final, finishing 17th on the night with only 16 points.

Performed 15th in the first semi final and qualified for the final in fifth place with 75 points. Roberto then performed sixth in the grand final where they came 12th with 71 points in total.

Performed tenth in the first semi final and failed to qualify for the final, with Axel finishing 14th in the semi final with 28 points.

Performed third in the first semi final and qualified for the final in second place with 149 points. Loïc then performed 13th in the grand final where he finished in fourth place with 217 points.

Performed 18th in the second semi final and qualified for the final in third place with 274 points. Laure then opened the grand final, where she finished tenth overall with 181 points.

Performed fifth in the first semi final and qualified for the final in fourth place with 165 points. Blanche then performed 23rd in the grand final where she came fourth once again with 363 points.

Performed fourth in the first semi final and failed to qualify for the final, coming 12th on the night with 91 points.

Performed 10th in the first semi final where they failed to qualify for the final, finishing in 13th place with 70 points.

We have a very diverse team here at ESC United. So, what were our favourites for Belgium?

This song was the first song I ever listened to live in Eurovision history. When I first got into the contest I had watched Conchita’s performance a year and a half after the fact, and then watched the 2014 and 2015 contests the same night. But when Laura took the stage and this song started with it’s groove funk I knew that I was in for an amazing night. It’s so light and fun, with so many intricate elements in the track, and this song can turn a dreary day into a party.

I have to admit I disliked most of Belgium’s entries this decade (particularly two recent warbling indie numbers with singers who deliberately mispronounce words for rhyming’s sake). So it’s typical my favourite, Sennek’s romantic downtempo ballad “A Matter of Time,” didn’t make the grand final, perhaps due to some odd staging choices and a funeral dress rather than the song itself, which I felt was one of last year’s better, understated entries.

This is one of my top 5 Eurovision songs of all time. I think this is just beautiful in every way. Tom as a singer is amazing, the song is simple but doesn’t come across as basic or boring and the staging worked brilliantly. I love the message of the song as well. We’ve all had that moment where we feel like we’ll never achieve our dream and Tom’s emotion conveys this story amazingly. This song is a reason for juries being part of Eurovision. It gave this song the top 6 placing it deserved when the public would’ve only placed it 14th!

Loïc is actually an artist that I became a fan of after Eurovision. His voice touches me and I even bought a hard-copy of his CD. I love the artistic feel of Rhythm Inside and it definitely shows how amazing Loïc is as an artist. It’s minimalistic approach is something that I can appreciate a lot. This song would rank very high for me if I were to rank my favourite songs of all time

There are some real highs for Belgium in this decade (Tom and Loïc with honourable mentions) but my absolute favourite is 2013. The song and Roberto himself came from nowhere to steal the hearts of many across Europe with his youthful charm and the rich, optimistic sound of “Love Kills”. This has a certain quality I cannot explain, but despite the subject matter the track and the performance is uplifting and makes me enthusiastically happy for no reason. And, really, isn’t that what Eurovision is all about?

This was the turning point where we thought Belgium really had it figured out.

We as a team have ranked all the Belgian songs in Eurovision style and combined our points. Let’s see who our winner is! In fact, it is the artistic direction of 2015’s “Rhythm Inside” that enthused our writers most, with the song in the top three of each editor. 2013’s “Love Kills” and 2010’s “Me and My Guitar” round off the top three.

In the poll below #YOU can vote for your favourite Belgian entry from this decade!

We’d love to know what #YOU think of Belgium’s entries and the series as a whole! Get in touch with us by commenting below, posting on our forum or visiting our social media pages