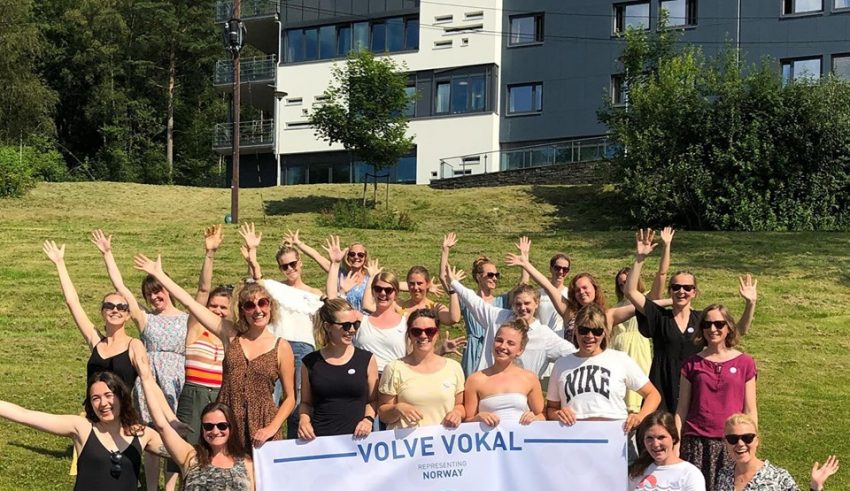 Last week ESC United published a basic primer of the 2nd Eurovision Choir contest to be held this Saturday, August 3, 2019, at the Partille Arena in Gothenburg, Sweden. We went over some basic rules, the running order, the presenters, the judges, and some other odds and ends, and today we’ll do a brief overview of the ten participating choirs at Eurovision Choir 2019.

This list will be ordered, as is standard practice in Eurovision blog circles, by the order in which the choirs were drawn to perform in the first round (one four minute song or multiple songs totaling four minutes).

It is Sweden’s first tilt at Eurovision Choir, and they bring the internally selected and internationally renowned Zero8 chorus from Stockholm.

They bill themselves as having started as a barbershop group and expanded upon that format by incorporating influences they heard on their travels to competitions and events in Russia, Georgia, Italy, and Switzerland. Zero8 have one album, the classical “Mes Très Chers Frères,” released in 2017 to commemorate their tenth year as a group.

Zero8 will be conducted by Rasmus Krigström, the group’s founder and member of the 2012 World Championship Barbershop quartet The Ringmasters.

Based on Zero8’s evolution over the past decade, expect their entries (I say entries as Zero8 have to be favorites to make it to the second round) to be more along the lines of “Goin’ Home” than their barbershop origins.

We have a prior Eurovision entrant making a comeback! Remember Witloof Bay, the a capella group with the beatboxer that narrowly (by one point) failed to make the Grand Final at Eurovision 2011 for Belgium? Their male lead vocalist Nicholas Dorian is conducting Belgium’s Almakalia at Eurovision Choir 2019.

Though their full name – Babite Municipality Mixed Choir Maska – brings to mind a bunch of binmen leading a sing-along at the local working mens’ club, Koris Maska is one of the more innovative mixed choirs in Europe, blending Latvia’s classical traditions with some frankly oddball outside influences in instrumentation and vocal techniques. Check out this prize winning effort from 2017.

They will be conducted by Koris Maska’s artistic director Jānis Ozols, who is also well-known to Latvians as a presenter of arts and culture television shows and for his appearances and commentary on Latvian food shows. He is also the head conductor of Jurmala’s city choir. Koris Maska have been around since 2000, and have two records to their credit: “7 Stories of the Gospel of Thomas” and “Winter,” composed by choirmaster Laura Jēkabsone, with instrumentals by famed Latvian pianist Aurēlija Šimkus and guitar virtuoso Gints Smukais, who you may remember as the finger-tapping acoutic guitarist from Miks Dukur’s Supernova 2019 entry “Life.”

Germany brings us a bit of jazz and gospel to the Eurovision Choir 2019 and a review of their entrant BonnVoice’s history suggests they like to bring positive energy and a touch of modernity to a capella. Their relatively small following (to other competing choirs at least) and non-traditional approach (including some rap) suggest BonnVoice will be underdogs at Eurovision Choir 2019. But they will stand out and have a chance of an upset if conductor Tono Wissing keeps their Eurovision Choir 2019 selection in line with how BonnVoice have entered contests in the past.

Perhaps the most “modern” sounding choir of the ten entrants is Norway’s Volve Vokal from Bergen, Norway. An all-female choir formed in 2006 by conductor and professor at Western Norway University of Applied Sciences Gro Espedal, Volve Vokal are known for innovative staging and new techniques, including some almost-screaming techniques and female takes on medieval male choir vocals. Another potential underdog to watch out for, Volve Vokal could take the crown if the three judges are looking to make a statement about the potential of what choral singing can be in the modern era.

Volve Vokal also have one EP, “Eingong,” to their credit. They may run the risk of being a divisive entry, but you can’t fault them for being ambitious and pushing the envelope.

Denmark’s Vocal Line is one of the more experienced choirs at Eurovision Choir 2019, having shared stages with Bobby McFerrin (“Don’t Worry Be Happy”) and the Rolling Stones (“You Can’t Get What You Want” being the highlight of that concert at the Roskilde Festival in 2014, and if you can tolerate cellphone footage, you can check out their performance on YouTube).

Vocal Line, founded in Aarhus, Denmark in 1991, and conducted by Jens Johansen, is probably the most “accessible” to Eurovision audiences due to their bridging of the Nordic classical and contemporary pop, particularly to those who may think Norway’s Volve Vokal is “out there.” That should not be taken as a dismissal of the group’s sound – Vocal Line have decades of experience and will surely be among the favorites for the crown.

This is the nation that has garnered the most press, given that it is Scotland’s debut in a Eurovision competition (with speculation that Junior Eurovision 2020 will be next for England’s rowdy Northern neighbors) and the conductor and woman responsible for the assemblage of talent and selection of music is well known.

Gaelic singer, journalist, trained ballet dancer, and BBC Alba weather presenter Joy Dunlop doesn’t need much of an introduction, and BBC Alba signaled to Europe that they mean business in their debut by roping in Dunlop to gather 45 Gaelic folk singers from all over Scotland for a choir named Alba (Gaelic for Scotland). The brief interview below with Dunlop from 2013 should give a few clues as to what to expect from Alba – songs steeped in Gaelic tradition, but made relevant for modernity and getting the feeling across even if viewers won’t understand the lyrics. Dunlop is literally a Gaelic ambassador as Gaelic development officer for An Comunn Gaidhealach, and you can expect her to be one in Partille, too, as we know one of Alba’s songs in the first round is well-known Gaelic song “Innis dhomhsa cà il thu cadal.”

The choice of Dunlop and how they’re assembling the choir is also shrewd marketing, as Google results for this year’s competition are dominated by Scotland and several local newspapers doing reporting on the singers selected from their village or island to join Dunlop in Partille.

Dunlop would actually be an inspired pick for the United Kingdom at Eurovision 2020, but since she’s awesome and is a wonderful ambassador for a uniquely British brand of folk music, I doubt the patronizing Southerners at BBC HQ who either aren’t willing or aren’t able to present a brand of British the rest of Europe could get behind would promote her or a performer like her for the main event.

Slovenia are going in a different direction after their debut win in 2017 – they are going with a more jazz-influenced outfit in Jazzva. As they say on their website, “Jazz has entered the world of vocal music more than a decade ago. In our journey of exploring the human voice, we write new stories, search for harmonies and play with different colors and effects. With each song we perform, we try to find a special relationship and to bring it as experienced and authentic as possible for our listeners. Our repertoire consists of songs from a wide variety of genres; from pop, rock and jazz to arrangements of folk songs and more. We work with great arrangers who more than successfully make sure all of our little crazy ideas come in between the notes.”

It is clear from their repertoire that they want to bring fun and playfulness to a capella. Conductor Jasna Žitnik is the one who’ll be trying to find a way to balance the crazy ideas with a perfect presentation in Partille.

Cake O’Phonie’s director and conductor Antoine Krattinger is also a label owner and sound engineer, and brings influences of pop and rock to his arrangements for this vocal group. Switzerland are making their debut at Eurovision Choir 2019 this year, and this relatively young ensemble are bringing no less than six songs in their first round medley, with five of Switzerland’s languages to be performed (French, German, Italian, Romansch, Patois).

This choir’s youthful appearance is deceiving – Wales’s Ysgol Gerdd Ceredigion will be a favorite for Eurovision Choir 2019, as under the tutelage of Islwyn Evans, almost every class of youth singers to have turned out for this choir have crushed their competition. Ysgol Gerdd Ceredigion beat out Côr Sioe Ieuenctid Môn, Côr Ieuenctid Môn, Côr CF1, and John’s Boys to win Côr Cymru to earn the right to represent Wales at the second Eurovision Choir of the Year contest.

Ysgol Gerdd Ceredigion is a music school founded in 1993 by Islwyn Evans in the Teifi Valley, West Wales. This youth group is no stranger to Côr Cymru, having won the award for Best Choir in 2003 and 2009. Ysgol Gerdd Ceredigion have also had success on the international tour circuit, having done performances in the United States, Hungary, Spain, Canada, Germany, and France.

Tune in to Sweden’s SVT 2on Saturday, August 3, 2019 at 8:30 p.m. CET to watch some great musicians and help find common ground and understanding through the enjoyment of song.