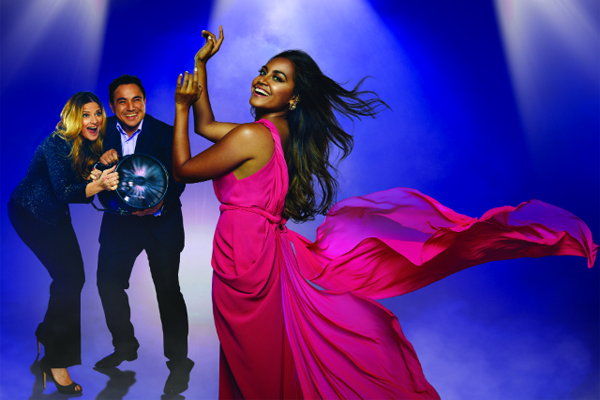 The Australian broadcaster SBS has just announced the artist that is going to represent Australia at the Eurovision Song Contest 2018 in Lisbon, Portugal.

Jessica Mauboy was selected to fly the flag for Australia trying to continue the great success story the country has had since they joined the contest in 2015.

Born in Darwin, Australia Mauboy rose to fame in 2006 when she took part in Australian Idol. She finished as the runner-up. Fun fact: All previous representatives all took part in Singing competitions, either Idol or Xfactor.

Eurovision fans know of this familiar face as she was the Interval/guest act in 2014, a year before Australia was invited to join the contest. Now she gets to experience ESC as an actual contestant.

You can watch her performance from 2014 below.

The singer said she felt she had “unfinished business” at Eurovision fearing she had lost her chance to represent Australia with her special guest appearance in Copenhagen in 2014.

The head of the Australian Delegation Paul Clarke said: “Jessica Mauboy’s performance at ESC Copenhagen 2014 opened the door for Australia to compete at Eurovision — before the great moments of Guy, Dami and Isaiah there was Jess, who touched the hearts of the Eurovision directors and proved just how talented our vocalists are,Since then we have always wanted to give Jessica a shot at the competition, and this year the stars aligned.

We can’t wait to develop a great song and stage production with Jessica and her team, and recreate her Eurovision-style as a galactic soul diva.”

Mauboy is aware that her selection as the next Australian representative might not be popular with everyone: “I know saying yes to this is going to start a lot of conversations whether I like it or not. I hope those conversations bring people together because that’s what Eurovision is all about”

What are your thoughts, do you like this choice or were you hoping for someone else to represent Australia. Join the conversation on our Forum.