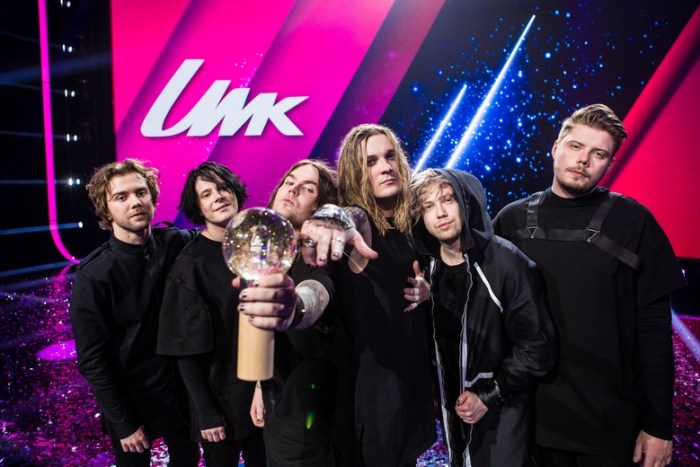 Shortly after the 2021 contest ended, YLE announced that it would continue to use UMK as its official Eurovision selection show. When asked, show producer Anssi Autio was extremely excited to see what UMK 2022 would bring and acknowledged that stakes are high following Blind Channel’s success. As you all likely remember, Blind Channel became the second most successful Finnish entry at Eurovision, just behind 2006 winner Lordi, overturning a long streak of non-qualifications and 2018’s second-to-last placement in the final. It seems they are hoping to replicate or even exceed that success next year.

Rules for UMK 2022 have been posted on the YLE website in both Finnish, Swedish, and English and reveal a few pieces of the submission process for the national final. For starters,  at least one songwriter and one lead singer must be citizens of Finland or at least have permanent residence there (meaning international collaborations such as Teflon Brothers X Pandora are allowed). As always, the EBU’s September 1st rule is strongly enforced. There’s an additional twist in this year’s general rules: submitted demos may not be submitted to other Eurovision Song Contest qualification events. This eliminates the possibility of the broadcaster selecting a song that was intended for or rejected by another country’s selection, such as Eesti Laul or Melodifestivalen.

Additional requirements allow lead vocalists/artists up to three songs in the submission process, but only one of them will be allowed to advance if selected by the expert panel. This means that we will see only one song per artist in the final show. There is no limitation on how many songs a composer, songwriter, or lyricist can submit to the contest overall – so long as they abide by the 3 submission per artist rule. YLE is also encouraging the submission of demo tracks of “high-quality production”, tracks that gives the general impression of how the final arrangement might sound. The broadcaster will allow songs to be submitted in any language, so long as the lyrics abide by EBU guidelines.

The rules also state how songs will move forward to the next and likely final round of the selection process (the live show) and how a winner will be decided. YLE will appoint an expert panel to review all submissions and select the 2022 participants from that list before the end of the year. Following the expert panel, the live national final will occur in February of 2022 and will continue the split jury and public vote structure. If an artist or band accidentally reveals their participation in the UMK selection process or any results, YLE reserves the right to reject them from competing altogether.

In order to register for UMK the following is required:

Additional information on how to complete your registration will be posted to the main UMK Website on September 1st. Any questions can be directed to [email protected]

Is there anyone #YOU hope to see in UMK 2022? Let us know on our social media @ESCUnited or on our forum page!