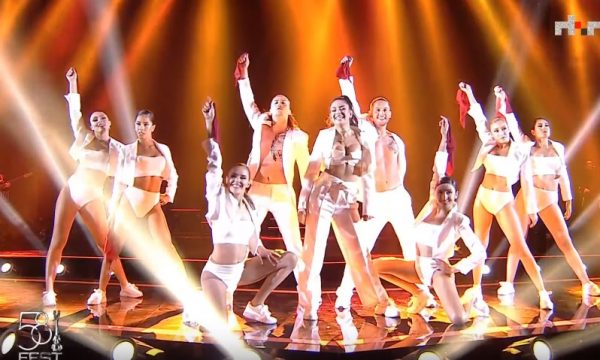 Last week, we asked #YOU to tell us who your favourite act in this year’s Albanian national selection, Festivali i Këngës, was. We now know who it is!

And, well, it was a landslide. With a whopping 43% of the vote from all twenty acts, it is Elvana Gjata that our readers and viewers voted for as the best Albanian hope for this year’s contest with “Me tana”. In second place, Wendi Mancaku with “Ende” received 13% of the vote, with Arilena Ara’s “Shaj” narrowly in third with 10% of the vote.

Elvana did in fact perform in last night’s first show of this year’s festival, and #YOU can see her performance of “Me tana” below;

Festivali i Këngës continues tonight, before the qualifiers for Sunday’s grand final are announced following the show’s conclusion.

#YOU can catch up on our team’s thoughts on this year’s Albanian selection through our reviews; parts one, two, three and four.

Do #YOU agree that Elvana Gjata has the strongest song in FiK this year, or is it someone else? Share your thoughts with us on our forum HERE, or in the comments section below and on social media!