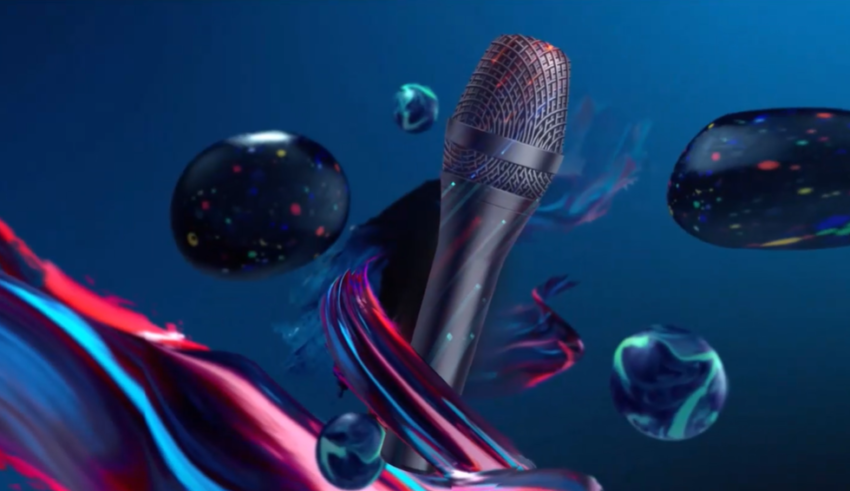 It’s time for the second part of our Albania reviews, as we look at another five entries in this year’s Festivali i Këngës. Will any of these five impress our panel of Boris, Daniel, James, Roy and Sean?

Daniel – 7 – “More akin to what Albania is used to, this power ballad features a powerful voice to support a seemingly emotional song. The transition seems a bit rushed or at the very least not as natural as some of the other power ballads, but I feel as thought this might be one of the strongest ballads. This is in no small part to the impressive range and quality of voice of Olta. This song gives me a lot of Greece 2015 vibes.”

James – 6 – “Boka returns to FiK, but I doubt she would get to return to Eurovision with this low key ballad that needs a lot more oomph on the tail end. Boka’s a great vocalist, and she’s refined her technique over the years (hard to believe she is still only 28!), but other than being a back drop for her vocals the backing track does little else.”

Roy – 3 – “I can be short about this song, it is really disappointing. This year has a lot of strong ballads and you would expect Olta Boka to be one of the strong ballads in said year. This is just really boring, old and basic. She can do so much better, this is definitely a no-go for me!”

Sean – 5 – “Olta’s all grown up, and it’s hard to imagine that it’s the same person as the 16 year old singer who wowed us in Belgrade. It’s clear to see the maturing process that has taken place over the last decade and there’s a new richer colour to Boka’s voice. Unfortunately, the song isn’t as strong for my tastes, but it’s great to see how she’s changed since 2008 and she sure seems stronger vocally now!”

Daniel – 6 – “This song began slightly weird but picked up to seem more like a soccer anthem. While I do not see this song succeeding, it is a good break from the typically ballad heavy contest. The song just has a lot of disparate parts working together and the song does not really stand out to me. I do appreciate the rhythm and the instrumentation. Just a minor thought piece, I see this song’s use of the ohhh is rather simplistic given the upbeat demeanor.”

James – 7 – “If they ever have Albanian night at The Abbey in West Hollywood, I imagine this would be one of the songs playing. It’s a rare thing to have patriotic lyrics over a club track, but in this case it works. The official video of this song is something to behold – Gena looks like Luke from Gilmore Girls dressing up as Steven Seagal and rallying his troops with some double-headed eagle salutes and dancing girls in a ruined castle. I feel that if they’re going the more patriotic route, they should amp up the percussion some more, especially beefing up those elements at the bridge. They’re there already, but could do with some heft.”

Roy – 5 – “Look, the ethnic sound in this drop is absolutely amazing. For the rest, this song just sounds like it was produced more than a decade ago. This is especially unfortunate since the true drop has a moment where everything else is killed off too. This means that this incredible sound could have been combined with something more modern and better produced. Regardless, this will be another fun song to watch on the stage in Albania. It should not go much further than that!”

Sean – 7 – “Hahaha, what the hell? I was not expecting the song I got when I heard the opening few lines, but let’s roll with it. I’m sure I danced to a lot of songs similar to this when I was in Kosovo so I can see this being popular at Euroclub if chosen. If Albania chose this it would be an interesting mix of Albania showcasing their culture and simultaneously giving the fans the bop they crave.”

Daniel – 7 – “The first thing I thought of was Soldier of Love from Romania’s national final last year, extremely modern beat with heavy ethnic influences. While at first sounding slightly disjointed, the composition actually comes together towards the latter half and actually has some good ethnopop potential. While it does not scream winner it does make a strong argument for being highly respected at home.”

James – 5 – “A fine mid-tempo pop song, but not much else. It gets really repetitive real quick, with the clichéd modern pop production tricks. There’s nothing to make this song stand out. There’s also nothing to write it off immediately, either, but it is a detriment to the song that it fades from memory as I am typing this sentence.”

Roy – 6 – “The major selling point to this song is Era’s incredible voice at the start of the song. It grabs me immediately and I hope she can do the same live. My biggest issue with this song is that after the first chorus and drop, it gets very linear and stale. The second drop isn’t very exciting either and then it just stops after that. It is unfortunate that this song is only strong at the start, because it had so much potential in my opinion. It is memorable by its simple lyrics however and I feel like there is an audience for this, I just don’t think that audience is Eurovision.”

Sean – 7 – “Era’s voice gives me Netta vibes, not sure why. This is an interesting, danceable ethnic pop number that has a lot of elements that prove popular in the region, so could garner a lot of local support as a result if chosen. I have a feeling this one could be a grower so expect me to give this a different score later on if Albania pick this!”

Boris – 8 – “The SECOND the organ chords strike I’m thrust into a gothic whirlpool and once “Loja” unfolds itself into its true orchestral rock form, I’m already hooked and pining for more.”

Daniel – 8 – “The intro makes you feel the Transylvanian vibes and then quickly moves into more indie music style instrumentation (while still keeping the heavy electric guitar). The song screams of the 2000s – not in an outdated way, but more of an inspiration to make a song that I could totally see this year. The song has a fun build and a strong backing force. This is a song that should be included if they ever make an Albanian version of Guitar Hero because it is fun to listen to and has some of those common rock music tropes embedded.”

James – 9 – “The opening organ riff is great and leads into something I’d never thought I’d hear at FiK – Gothic rock! For those who dismiss FiK as nothing but boring Balkan ballads, Renis Gjoka has brought you something different. “Loja” has a retro feel to it, but unlike ‘90s Goth rock it has a head-banging outro that gives it an up-tempo rush to the finish. “Loja” runs over the three minutes in its current state – a common occurrence at FiK – but it’s obvious which sections to cut and it will make it a tighter, more impactful banger.”

Roy – 6 – “I really enjoy this song for some reason! I feel like the composition in this is really good. It is not an all out rock songs, but all of the sounds and melodies makes sense here! My biggest issue with this song is that the lyrics could have been sung a bit more interesting. If this goes to Eurovision, it probably won’t qualify and it will fall really flat. I don’t want this to win, but I do enjoy this a lot!”

Sean – 7 – “From the first moments of this song it really grabs your attention, which is always a good sign. “Loja” seems to straddle the line between rock and pop without really being decisive over its genre, which may suit for the general Eurovision fandom. It kind of leaves me a little underwhelmed though, as adding more rock or pop elements would strengthen the whole package. It might be one of those tracks that comes across much better on stage and with an audience.”

Boris – 7 – “A crystal clear piano ballad that doesn’t fall into the trap of pop confirmity. Pretty good, with the potential for greatness.”

Daniel – 7 – “A similar issue to some of the other songs, Albania has cultivated this image of a power ballad nation and this song, while arguably one of the better ballads, does not reach the level that 2018 or 2019 hit. I did really get into it the last 40 seconds when the backing vocals were introduced because it gave a very full sound. I still liked the song a lot and we all know that Albania has a knack for revamping so maybe it could be elevated if necessary.”

James – 7 – “Albania is bringing the female power ballads this year, and Suma brings us a serviceable example. Unfortunately, there’s a few here at FiK 58 who do it slightly better on slightly better compositions. There’s nothing I can say negatively about this one other than it gets lost in the shuffle of some really good ones this year.”

Roy – 8 – “This song is beautiful. It is another song that has high chances to win the ticket to Eurovision. Once there, I am not fully sure how it will perform. I have the feeling that it is a bit too low energy and too low impact. It will then really depend on the songs it competes with. Her voice is absolutely gorgeous and you I can see some major staging opportunities. A good heartfelt ballad from Albania is never a bad thing to have in the contest. I wouldn’t be mad at all if this were to represent the country!”

Sean – 6 – “This one feels like it would fit the Eurovision mould well, although I’m not sure if we’ve moved on from this type of song somewhat. Give this a dramatic staging and I’m sure Kanita’s vocals will lift this to another level. I like the rhythmic tribal-sounding drum in the background, it’s subtle but intrigues me.”

How does this affect our leaderboard? Let’s take a look…

So far it’s a tie between Aldo Bardhi and Renis Gjoka at the top, but will this change with the reveal of the other half tomorrow? Come back tomorrow morning for the next five reviews on escYOUnited!