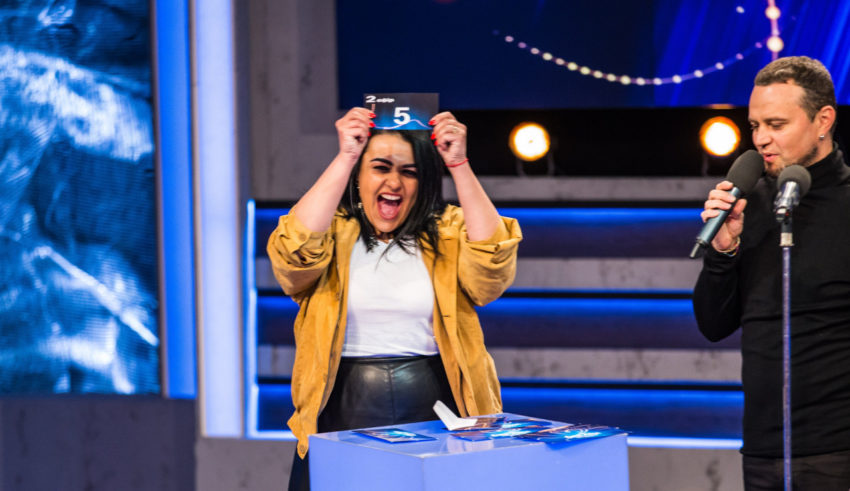 National Public Broadcaster of Ukraine (UA:PBC) held its semi-final allocation draw today, allotting eight acts to both Semi-Finals and determining the running order of both.

The artists, and the running order, for Semi-Final 1 are as follows (song title in parentheses if known):

The artists, and the running order, for Semi-Final 2 are as follows (song title in parentheses if known):

Vidbir’s jury this year will consist of Andriy Danylko (who performs as Verka Serduchka, who came 2nd for Ukraine at Eurovision 2007), Tina Karol (Ukraine 2006) and Vitaliy Drozdov.

As ESC United co-Editor in Chief said in his report two days ago, “Some familiar names appear in the selection, not least Jerry Heil who was already confirmed as a participant. Katya Chilly is known from her long recording career in Ukraine and abroad, as well as her performances in The Voice of Ukraine in 2017. Similarly, Assol is a former alumnus of The Voice of Ukraine, from 2016. Khayat return to the selection having participated in last year’s contest with “Ever”, however there is notably a reduction in the number of returning artists to the competition from previous years.”

In 15 appearances at Eurovision, Ukraine is one of only two non-Big Five countries to have made the Grand Final every time (Australia being the other) since the introduction of the Semi-Final in 2004. Ukraine won twice: Ruslana’s “Wild Horses” won Eurovision 2004 and Jamala’s “1944” won Eurovision 2016.

Ukraine’s road to Eurovision is rarely without controversy, and such was the case in 2019 when the popular “Siren Song” by Maruv won Vidbir 2019. But the uncomfortable political questioning of contestants on stage by the jury and the eventual breakdown of contract talks between not just Maruv but runners-up Freedom Jazz and Kazka and UA:PBC lead to the withdrawal from Eurovision 2019.

Do any artists stand out to #YOU? Who do #YOU think has the best shot to reach the Vidbir 2020 final. Let us know in the comments below, on our forum, or on social media.