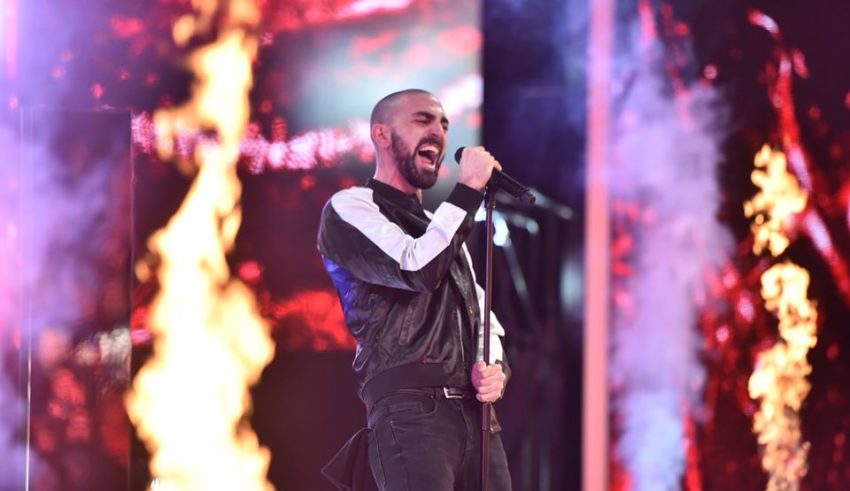 For the second year running the Idol franchise was used to select Georgia’s artist and 31-year-old Tbilisi native Kipiani, the overwhelming favorite to win after posting five successive elimination round victories, narrowly edged out 2nd place Barbara Samkharadze to take the Idol crown.

With 33.82% of the vote, Kipiani impressed with a performance of Alice in Chains’s “Love, hate, love.”

Samkharadze has consistently been in 2nd place leading up to the final, and she needed a showstopper to beat Kipiani, and she nearly did. Her phenomenal anthemic rendition of “This is Me” from “The Greatest Showman” stunned the audience, and the show of force almost worked, with Samkharadze earning 31.18% of the vote, a slender 2.64% behind the winner.

The Final results are, with percentage of votes and songs embedded in the song title, are:

As with last year, the youngest performer was awarded a scholarship to a music conservatory, and this year’s winner was Mariam Gogiberidze.

The next step is for Georgia to select a song. Last year’s Idol had the artists select and perform their song in the final from a pool of internally selected entries, but this year the song will be composed by a group of writers under the supervision of David Evgenidze, one of Idol’s four judges. The song is expected to be released some time in February 2020.

This was also not Kipiani’s first attempt at Eurovision. Some may recall his eccentric “You are my sunshine” entry from the 2017 national selection. And given Kipiani’s performances this year and that entry, it would be a waste of his talent and charisma if Georgia did not go in a rock or metal or industrial direction. And Georgia has successfully gone that route before, with one of their two best finishes being Eldrine’s 9th place “One More Day” from 2011, a song known for its nu-metal styling and the neon green and black outfits.

What do #YOU think of Kipiani’s victory at Georgian Idol? Do #YOU think he has what it takes to get Georgia back to the Grand Final? Let us know in the comments below, in our forum, or on social media.