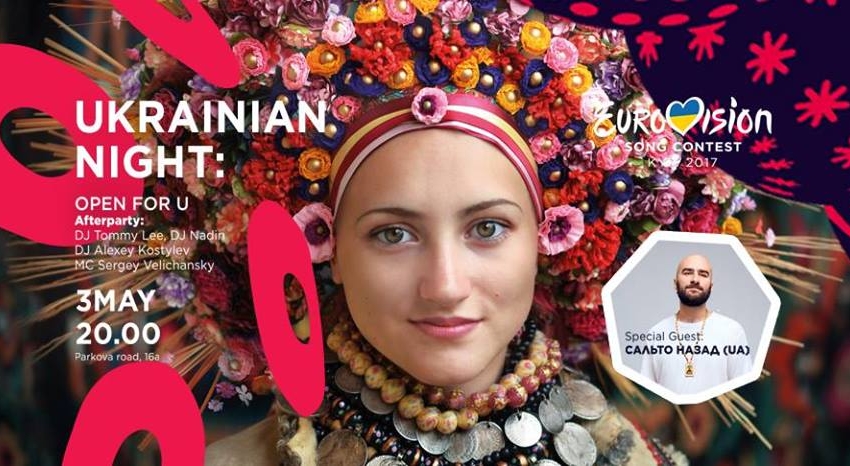 We had a fantastic night at this year’s Euroclub as we watched performances from a number of the acts from this year’s Eurovision.  Tonight introduces one of the many thematic parties that will occur over the course of the next two weeks.   Ukrainian Night will feature a number of local and international DJs, including DJ Nadin, DJ Tommy Lee, and DJ Alexey Kostylev.  Making a special appearance will be Salto Nazad, a finalist in the Ukraine National Selection this year with “O, Mamo!”

As we previously mentioned, the Euroclub is located at the huge CEC Parkovy complex (Biznes tsentr Parkovyy on some maps) on the western bank of the River Dnieper. The club will open at 20:00 EET but please allow time for security checks when going to Euroclub (~10 mins).

We will be live on Facebook from the event to bring you all of the action!

Will #YOU be at Euroclub tonight? Let us know!