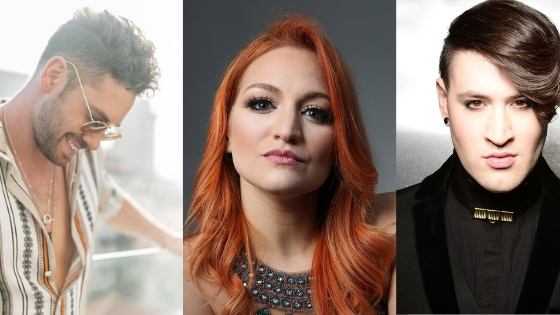 We always love when previous Eurovision representatives release new song. Although we are in the middle of the national selection season, 3 artists released new material this weekend.

Jessika, the 2018 representative for San Marino released No La Conoces ( You don’t know her). The song sang mostly in English & has a very spanish flavour.

Israel’s 2017 representative, Imri, released Imrico. After achieving the 23rd place in the Grand Final in Ukraine this isn’t Imri’s first release. Imrico was written by Imri and composed by Imri & Yinon Yahel.

What do #YOU think of these new release? Which one is your favoruite? Share your thoughts on our forum HERE or join the discussion below and on social media!