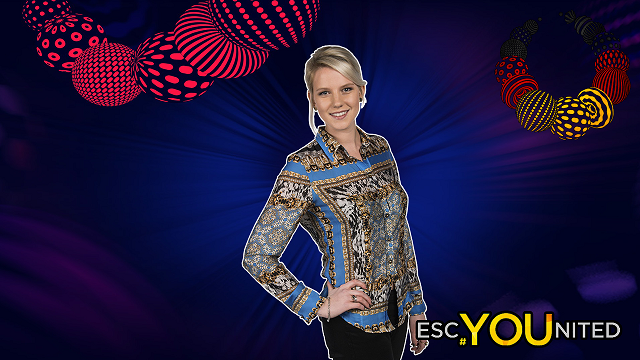 Ferdi – 8 Points
I was very negative about this at first but boy, have I turned around. Something I considered very bland at the national selection turned into a great modern pop song that could be played on any radio channel next summer! I’m really liking Levina’s voice, too. I really hope Germany can finally escape last place

Robert – 7 Points
From the opening, which reminds me somewhat of David Guetta’s “Titanium”, I was hooked on this one. However, time has knocked it down my personal rankings somewhat. The song builds really well musically throughout with Levina using her voice to push the song along and explore it further. The lyrics, however, really frustrate me as the chorus makes up around two thirds of the song; a brilliant example of lazy lyrics writing. The music is good, she has a good voice, but there’s nothing here making me thing “spectacular”. With an epic vocal performance, she could just about get this to stand out from the crowd, but right now I fear it’ll get lost in the background in the final. It just lacks that special touch to get people really excited about it.

Stefan – 7 Points
So many plagiarsm accusations around this song… Well so what! I like it and it’s better than half of the others. 😀 Levina looks like she has an amazing personality and I think that the televoters will see that in her.

Matt – 7 Points
It’s cute, it’s pleasant. And if I hear one more person whine “This sounds like TITANIUM” get over it, it’s only lasts for 10 seconds. That being said, this song could and should have been way better. The song lacks oomph and more prominent drums and violins would have elevated Perfect life to something better. At this point it’s a song that’s inoffensive and fits in. In Eurovision you don’t want to fit in, you want to stand out and I don’t know if Germany can pull it off. Levina is a capable singer so I’m not counting this one out just yet.

Zack – 6 Points
Yep, the opening notes sound like a “Titanium” rehash, but the song strays far from that at the chorus. I would avoid the comparisons because this pales; it is very pleasant but plods along. With that said, Levina is a very capable singer and the German public instantly saw this by having both of her songs in the Superfinal! To help avoid last place for the third year in the row, the German delegation needs to pull out staging that can really attract the televoters and jurors. I worry that simplicity may not be enough.

David – 4 Points
In general, it’s a sweet and innocent song from Germany. The big problem is, that it is so generic as it can be. I don’t mind listening to this at all, but there is nothing in the song, that makes me wish to hear it again. The song is missing a great hook, and it’s the same tone, that you hear throughout the song, that I remember. If I feel like that, then why would I even bother listening to a song, that sounds the same for 3 minutes? You really wanna like and enjoy the song, but I just find it hard to do so.

Romeo – 4 Points
Plagiarism claim after plagiarism claim.. This song has actually grown on me in recent weeks, but that does not take away from the fact that Germany will once again end last in the final. It is anot a bad song, it is just plain and boring and something that will not do well in a song contest.

Sean – 3 Points
Poor Germany. I hoped it wouldn’t be the case but the vanilla approach has perhaps doomed one of Europe’s proudest nations once again. There’s nothing offensive about the song or the singer, in fact it is a pleasant listen. But there is nothing to provoke me, nothing to get a strong reaction or any interest, and I fear that it’s the same for others. It passes me by.

Calvin – 3 Points
The German NF had multiple rounds with the potential for anti-voting, and it shows with this very inoffensive effort. The song shows some potential in the first chorus, with a nice percussive element there. However, the song immediately goes back to its underproduced verses that don’t give Levina much room for emotion in her performance. This song certainly had potential if they’d given it a revamp, as the lyrics are somewhat promising and original, and the melody’s rather nice, but as is, it’s a tough three minutes to get through save for a couple promising elements.

Gerry – 2 Points
Levina’s got a unique voice and an edgy, rebellious look to her that it’s a bit of a letdown that the song’s so… blah. It does nothing for me. The melody’s flat, with very little room for Levina to shine as a vocalist, and the instrumental track is too derivative and common, even drawing accusations of plagiarism. The lyrics are inspiring enough, but they’re benign and without much impact. Unfortunately, it’s all too likely that Germany will grace the bottom of the scoreboard again this year.

Nenad – 2 Points
Cliche pop song. Germans have again proven that they don’t give a (Lisa Ajax) about Eurovison acting ‘Look, we are Germany and we can send any entry we like to Eurovision, staying in the Grand Final.’ On the other hand, the viewers expect from Germany to produce a quality music and in the parallel Universe we receive this. Cheap, trashy and lost. On the other hand I really do like the performer! Levina is so charming and beautiful, but is it enough to take over Europe?