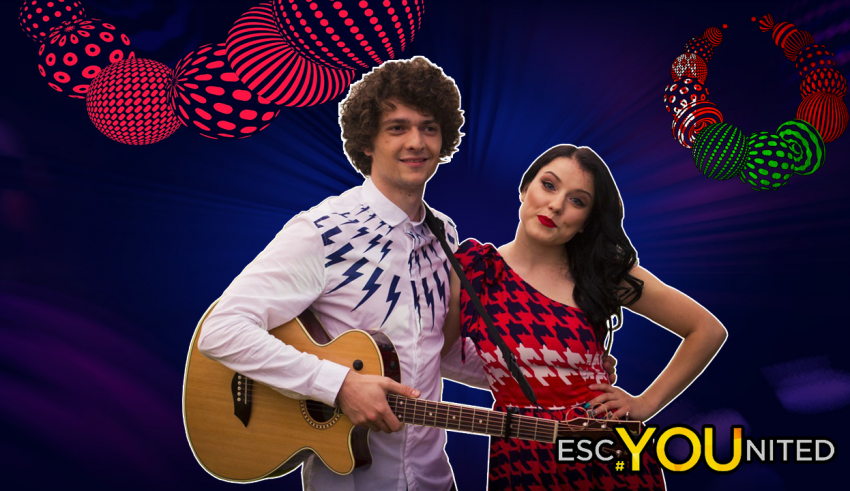 Robert – 9 Points
Eurovision’s first entry in Belorussian is something to celebrate! Sometimes Eurovision “firsts” can be a bit of a let-down, but this certainly isn’t. Given the large number of ballads in English, this stands out from the very beginning with its powerful and lively opening drawing you in. The energy is apparent throughout the song; a never ceasing pulse of power pushing the song along. I’m not always the biggest fan of shouting “Hey hey hey” throughout a song, but here it really works and one can only imagine how an arena of thousands of people is going to sound with that reverberating around it! One slight criticism is that the harmonising has been off at times, but it’s only a minor point. Best of luck Belarus; I hope to see them in the final again with this.

Matt – 8 Points
If you are down or depressed for whatever reason, all you have to do is listen to the Belarusian entry and all your worries will evaporate. What makes this song great is that it’s not trying to be something that it’s not. It’s a cute and likable song and it puts a smile on your face, at least that’s what it does to me. It does get a little repetitive and I wish they could cut back on the Yayayayaya Hey Hey piece in the second half of the song but I will forgive that. Overall, thumbs up from me

Nenad – 8 Points
Completely new sound to Eurovision this year from Belarus. Following previous Belarusian entries, this one exudes with the freshness. I love their energy and willingness to perform and even their voices are blended together very well! Performing in your native language at Eurovision with this kind of song is another positive fact. So, keep going Belarus!

Zack – 7 Points
In the podcast, I had criticized this song as sounding like a bunch of random noises put together.  But watching this National Final performance and seeing how the act puts their 100% in the presentation, I am more sold.  The energy of the band is infectious.  I am excited to see what Belarus does for the stage performance in Kyiv.

Gerry – 7 Points
This folksy number from NAVI Band makes me smile. It’s fun, fresh and full of positive energy, conjuring up images of rolling hills, blue skies and childlike innocence, which is such a great contrast against the more somber songs this year. While the song does feel a bit repetitive, musically, the harmonies work very well. It’s also a great way for Eurovision audiences to be introduced to the Belarusian language; I’m a huge fan of countries not sending music in English. Being one of the very, very few songs this year without any English lyrics, “Historyja majho žyccia” will stand out.

Ferdi – 7 Points
What a happy, upbeat song. The fact that this is the first entry in their national language already earns them an extra point! Very original entry and very different from their recent efforts. I really enjoy listening to this and in a year of ballads and songs sung in English, this may very well stand out and give Belarus it’s second best placement ever! I’ll have to separate this from my bigger favourites though

Romeo – 7 Points
This is so different! I love this song. I love their quirkiness, bouncing around with a fun happy song! It will not win, but I think a lot of people will love it. I think it had the quirkiness factor like Gianluca (Malta 2013). People will really get behind this on the night I think. Best Bielorussian entry since queen Anastasia.

Sean – 6 Points
I would have never expected such a genuine and honest entry from Belarus, especially in the native language! While its appeal has worn off now other songs are chosen, the duo ooze charm and this feels like a catchy entry from the heart. Hopefully Belarus stay down this path!

Calvin – 3 Points
First, the Belarusian elephant in the room – being one of few songs this year outside English is a big plus. But from a musical standpoint, I’m not really one for the chirpy folk-pop Belarus are going for. This has been called “genuine” a lot, but merely making different instrument choices doesn’t make it so for me. Additionally, the song runs out of steam musically in the final minute, with the final line, “Hey! Hey! Ay ay ah ah oh!,” continuing and not adding much

David – 3 Points
Belarus is one of the few countries to sing in their own language, and I respect that a lot. However, as much as I like happy and energetic songs, this one just doesn’t capture me. It was one of the first songs to be selected, and there has been more than enough time to get used to it, but it didn’t get me. I feel more, that the song contains way too much, and it get’s to a point, where the song sounds very hysterical and obnoxious, it loses it’s charm on me. The “Hey hey!” parts of the song, also get’s repeated a little too much, and I don’t feel it’s how the song should capture the attention, of those who listen.

Stefan – 1 Point
Since I’ve heard this song I just didn’t like it. It’s just too cheerful for my taste. I think they will be all over the stage and that it will look confusing