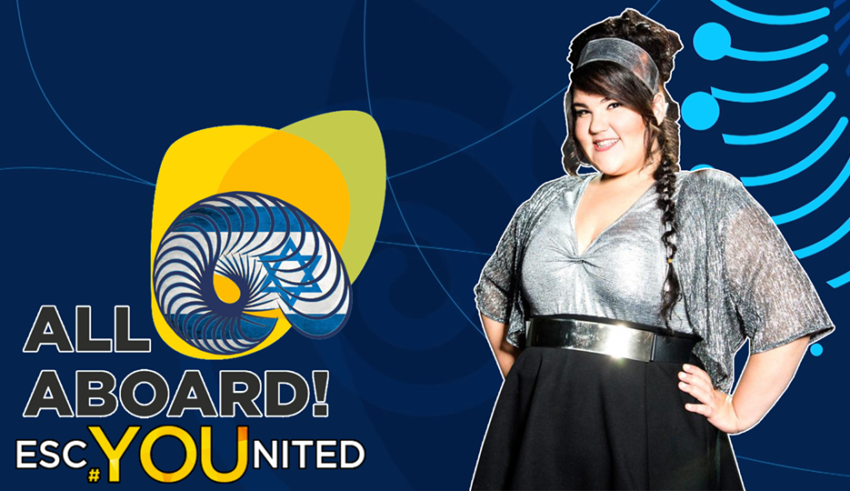 Before we move on to Israel (which I’m sure you’re dying to read), we need to take one more look at Bulgaria’s entry. What did #YOU think of Equinox and “Bones”?

lolita (Forum) – “It appears as perfect, and I like it, too, but like something is missing in it, to be the winning song. It will depend a lot on staging, but I don’t know even then. I think that Beautiful Mess and If Love was a Crime had more appeal for a wider audience.”

Vidmantas E. (Facebook) – “I like it. I have feeling that Bulgaria will win this year, and I’m good at predictions!”

Chris C. (Facebook) – “Depends on staging. It’s a decent song but needs a strong stage to drive the point home. Also, groups rarely win Eurovision so I’m not holding my breath that they’ll be No. 1”

hrn (Forum) – “I find it very genuine, very soulful, the girl’s vocals are beyond touching and literally gives me goosebumps at the “into the unknown, into the unknown, where no other love goes” part near the end.”

Some positive words there for the Bulgarian entry, which receives a fantastic 74 points from the ‘televote’. Can Bulgaria go top of the board? We will see later… now it’s time for the big favourite!

Calvin – “Israel have delivered the best entry of the year. The lyrics not only shed light on a necessary topic but do so in a clever, original way. I’m not going to get the way she sings lyrics like “I don’t care about your steffa, baby” out of my head anytime soon. Such panache! I also love the production on the song, which features some clever nods to the vocal modulation that sets Netta apart artistically. The build in the song is impeccably crafted, brought alive with Netta’s corresponding build in energy. Overall, I love everything about it.”

Connor – “WHERE DO I START? This song is so out of the box for what Eurovision has heard before and I love that she’s staying true to her strengths on the audio looper. This song is expertly crafted, and has really been stuck in my head since I first listened to it. There’s about 5 different layers to this, and it’s unlike the other 42 songs. If Israel doesn’t place top 10 with this, I’ll quit watching the contest.”

Efe – “Buck buck! Sean TarBUCK? lol NO! It’s Netta! This song really deserves to be in the Grand Finale. I strongly believe that she mixed both ethnic/oriental melodies and tunes of popular culture with huge preparation and success. I love you Netta! #TelAviv2019?”

Matt – “Israel’s Motto this year: Go big or go home. And boy, they are going BIG! Without a doubt the most polarizing entry of the year, but you will remember this song, for better or worse. The reason why this song works so well: It’s more than just a silly song. It has a message, a talented and interesting singer and I expect fantastic staging in Lisbon. This song deserves a lot of credit and I applaud Israel’s risky choice, there is a reason why this jumped to No 1 in the betting odds!!”

Zack – “The chicken metaphor is definitely a bit cringe, but this is definitely forgivable given Netta’s personality as was presented in her performances from the Israeli national selection process. This is not a novelty record. This is fun pop that provides a serious message, but does not mind having some fun. It storms out straight from the get-go. This will give Israel a good result, but as much as I like it, it does not scream winner just yet.”

David – “First of all, what the hell was I listening to?!?! I was absolutely clueless, and immediately thought, what a disaster. However, this little wonder, slowly sneaked into my head and now I am clucking along to this song. Doron Medalie, you are simply a genius. Netta, you can call me a stupid boy all day long. This song is on a constant repeat with me. Even Pikachu get’s a little mention in the song for crying out loud, how can this Pokemon Go player (yes, I still play that game) not approve of this song!”

Sean – “I think this is beginning to grow off me, if I’m honest. I go through stages of finding it brilliant and stages of being really irritated by it. It’s certainly a good song though, with a fierce and confident performer with bags of personality which will obviously help it. I love the authenticity of the ethnic sounds included in the song that make it seem uniquely Israeli also. I’m sure the live performance will elevate it to the levels people are expecting but I’m not so certain this is the winner.”

Christian – “I really do not know what to say. Is it a joke or is it for real? If it is a joke I can barely laugh anymore. If this is for real Netta must remember that no autotune is allowed. I would love for Israel to win but please let that be songs as we have heard from Harel Skaat, Mei Fingold or Moran Mazor. I think the Israeli language is so beautiful and everything I love about all previous Israeli performers should not be destroyed by a toy. The Toy song makes even the dreadful song Ding Dong seem like an Ivor Novello winner. 3 but she gets a 10 if she does Toy as a mashup up with Sing Hallelujah”

Stefan – “Ok, here we go… Italy 2017 all over again. Has Eurovision become really like this, clucking, really? Common people, let’s get serious. Maybe the televoting will bring it high, but the juries will kill it. I like the music and her performance, but the lyrics are just horrible.”

Robert – “This is possibly the craziest entry of the year! It starts with random noises and, well, kinda continues like that the whole way… There is a powerful message to be seen in the lyrics, but I have to admit I struggle to even get close to the lyrics. The mess that is the song just totally gets in the way for me. I’m not sure if it is trying to be clever or meaningful but it comes across terribly to me. I really dislike the effects, the singing style and the noise surrounding the song itself. There is only one thing I like about it – the build into the chorus. Everything else, urgh. I’d be sad to see this win, as many seem to think it will.”

And so with a lot of high and some low points, Israel end up with 73 points from our jury!

Incredible! Bulgaria go joint top with France AND (FYR) Macedonia, although would be ranked 2nd with the middle televote ranking of the three.

Now it’s up to #YOU – will you push the Israeli favourite to the top of the ranking? Share your short reviews with us on our forum HERE, on social media @escunited and below in the comments section and we will share the best on tomorrow’s article!

Next up after Israel we move on to Germany. How will Michael Schulte’s ballad fare with our jury?

The Roop: “Dance is a tool which can heal scars”

With the dust now settled on this year’s Pabandom iš Naujo!, we got the opportunity …