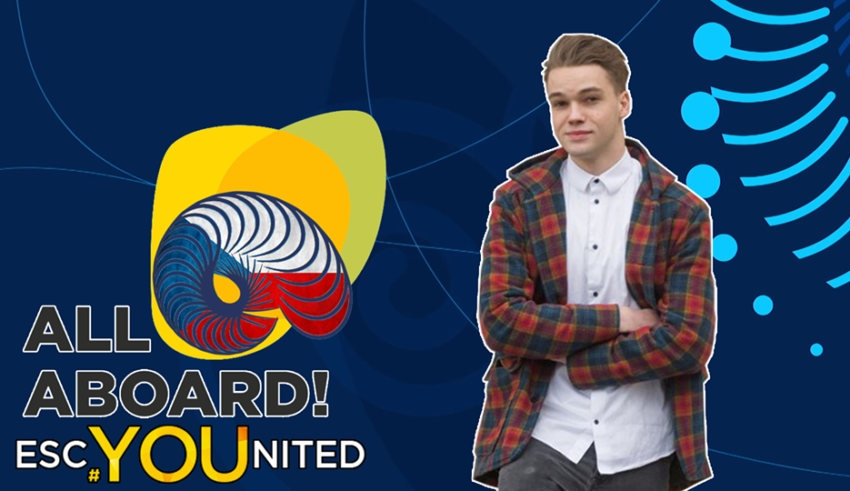 Before we head to the Czech Republic for the next jury vote, it’s time to review Albania. How did #YOU react to “Mall” and did you prefer it to the other entries so far?

Saša B. (Facebook) – “Love the Albanian entry, most of their entries actually…”

ES2011 (Forum) – “After re-listening to the revamp a couple of times, it still strikes a chord with me, but it needs time to get used to, time the song just does not have at the Eurovision stage. I still prefer the original version, which in my opinion, they could have just chopped to 3 minutes by leaving out a chorus and some minor elements. Yet, the dressed out version is not as bad as I thought it was at the beginning. I’m still fearing Albania’s chances for making the final though.”

As for the televoting score, Albania received a mixed response, gaining 54 points from the public. We’ll see where this puts them in the scoreboard below.

Next up is the Czech Republic. What did we make of the unique and modern entry from Mikolas Josef?

David – “Oh yeah, the camel is in the building! Considering this is a song I’ve listened to since November, and it’s still rocking my headphones, then you know this track is lit! This is why we need diversity, so people like me, can drown in these kind of beats all that I want. This one will stand out for sure, and that’s the key in such a contest.”

Christian – “Charm and charisma will get this track far. Again a song that makes Eurovision update their sound and does sound very international as well. Robin Thicke would die to record this track first.  The clicks and horns works fine and I am sure it will do well. Even the rap parts works and that is rare for me to admit.”

Efe – “WOW! That’s what I call a Eurovision song! Catchy, energetic and high-class. Both the position in the odds and stealing many Eurofans hearts will carry Czech Republic to the final this year. Professionally, if they match the song with a really good performance the Czech Republic can make a record this year. Good luck!”

Matt – “I will not lie to you…..baby. I have a love/hate relationship with this song. I hate it because it feels like a copycat of Jason Derulo’s ‘Talk Dirty’ and the lyrics annoy me. But I love it cause it’s catchy, fun and memorable. You know what, I’m a glass-is-half full kinda guy so I’ll be kind to it in my ranking.”

Stefan – “Another song being overhyped. It is one of the best songs the Czech Republic has sent, top 3 to be exact, he really looks crazy, in a good way, and yes it’s a qualifier for sure and will bring the best result for the country, but still it’s over the top for me.”

Zack – “Catchy, but ridiculously annoying. I think for me, this song suffers from hearing it a little too much and it getting on my nerves. However, as many viewers will be hearing the songs for the first time, I think it may give the country its best result yet.”

Sean – “I can’t tell whether this is genius or if I hate every second of it. It will certainly stand out in Lisbon and it wouldn’t look out of place in the charts across Europe but… yeah, I guess it just really irritates me. It has a decent minimalistic drop, but it feels like it needs fleshing out for me to enjoy it more. God damn, it is kinda catchy though…”

Connor – “I can’t explain why this song doesn’t work for me. It might be the confusing lyrics, the really random trumpet breakdown, or something else. I don’t have much to say about this song, but it’s not for me. But I know it’s one of the fan favorites, so I’m certain he’ll easily bring the Czech Republic back to the final to break Gabriella’s record!”

Calvin – “This year, there’s an epidemic of songs I can’t bring myself to care about, and at the very least, the Czech entry doesn’t contribute to that. Also, I anticipate this doing very well for the Czech Republic, as it does pick up on a lot of modern musical trends. But I have to cringe my way through the sleazy, smarmy, obnoxious pick-up attempt the song presents. Mikolas Josef tries to bring a tongue-in-cheek playfulness to the song, but he doesn’t pull it off, and it only furthers the discomfort of the entry.”

Robert – “I nearly asked if I could skip reviewing this one… The Czech Republic is favoured as one of the most likely winners this year, but I absolutely detest it. It’s almost painful to listen to. I will freely admit that I hate rap music as a genre, but this is one of the trashiest entries I have had to sit through in years! The music is inane, the lyrics are, somehow, even worse. The censoring of the profanities is so obvious that they may as well have just left them in. I derive no pleasure form listening to this whatsoever and would take genuine pleasure to watch this flop in May. I have a nasty feeling it won’t though… ”

Quite a spread of points and opinions for Mikolas Josef’s song, and the Czech Republic’s jury score as a result is 51 points. Now it’s time to see how #YOU rate it!

Here are the current standings, with Albania slotting into fourth place just behind Azerbaijan;

It’s your turn. What do #YOU make of the Czech entry this year? Vote in our poll below, share your short reviews with us on social media (@escunited) and on our forum HERE and stay tuned as we continue our reviews of this year. Next up tomorrow will be Malta’s Christabelle, but will the entry become a Taboo subject for our jury members?

Share your thoughts on the Czech Republic’s entry for 2018 HERE.