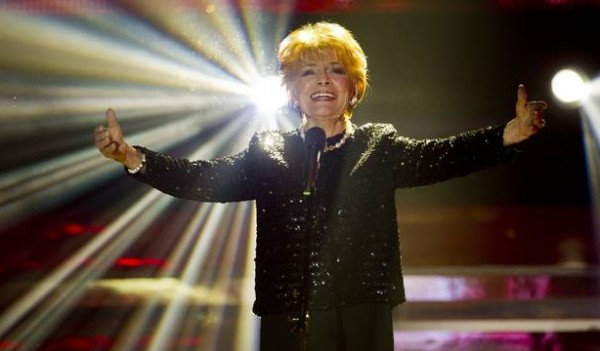 It’s the news that many Eurofans had expected in recent years, but it certainly doesn’t make it any easier to process; Lys Assia, the first ever winner of the Eurovision Song Contest, has sadly passed away at the age of 94.

A history maker from the beginning, the Swiss performer carried home the first trophy of the contest’s history back in 1956 when the competition was held in her nation in Lugano. Her winning entry, “Refrain”, lives long in the memory as an iconic song of the contest.

It was her victory in 1956 that made her a Eurovision legend, but she also holds the rare honour of representing her nation three years in a row, taking part with “L’enfant que j’étais” in 1957 and “Giorgio” in 1958. She continued to be involved with the contest and its publicity, having been a guest of honour at many of the contests to follow, particularly in recent years.

She attempted to return to the Eurovision stage twice this decade, entering the Swiss selection in 2012 with “C’était ma vie” and in 2013 with hip hop group New Jack performing “All In Your Head”. It was also rumoured at the time that the song could be chosen to represent San Marino but this ultimately failed to materialise.

Rest in peace, Lys Assia. We at ESC United would like to offer her family and friends our sincere condolences at this sad time, as we’re sure the whole Eurovision community would.