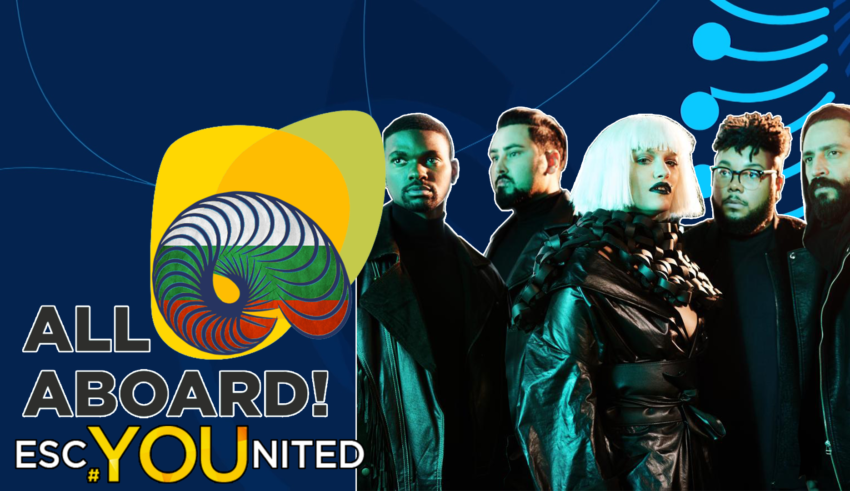 It’s that time of the day again! First up, let’s take a look at what #YOU thought of Romania’s entry “Goodbye”!

vicki (Forum) – “I’ll be honest, I’m more of a Ani Lorak/Kalomira/Helena Paparizou kind of fan (I love uptempo dance songs in ESC). When I first heard this song I put it in my top 5 (in the NF) and it climbed in my top because in that time I lost a person close to me and hearing the song and lyrics always brought tears to my eyes. But I’ll be objective: it doesn’t stand out unless you are receptive to it. Good instrumental, deep lyrics, great voice but overall an outdated song. But I guess music is ageless in the end so I find this a powerful song when I’m the mood to hear it.”

Callum L.W. (Facebook) – “Bye Felicia, unfortunately this is only better than two other songs for me… San Marino and Iceland. Romania have been very inconsistent with their entries of late. Shame, 2010 was their best year to date! Bring back Paula & Ovi!”

ESCada (Forum) – “The song is not bad at all …… The draw isn’t favorable though.”

Romania fared decently in the poll, finishing with 58 points from the ‘televote’. We will have to wait and see how this affects their final placing! Next up though, it’s time to go deeper into this year’s songs, to the bones in fact…

Christian – “I just saw a Sia lookalike girl in the group and despite this being another odd song title I LOVE this song beyond my bones. It works so great and I just hope and pray for a fantastic live performance. This WAS my first listen and I am blown away. Completely. Another great reason for Eurovision to exist. This is so good and Bulgaria is really kicking in the pond once again.”

Efe – “After many “not enough” entries, a song which finally excites me! Since 2016, Bulgaria has been preparing for the contest very well and they perform resplendently at the stage! Bulgaria will be one of the candidates for getting the crown this year! Good luck!”

Stefan – “BNT kept the same team third year running and why they shouldn’t after a 4th and 2nd place? Some would say that a five member group is unnecessary for a song like this, but every single one of them gives the song something special. It’s not a secret this will be in the top. I just hope it’s gonna be on the top.”

Connor – “Bulgaria doesn’t know how to send a bad entry, I’m fairly convinced of this now. While I was really expecting this to go to 14 from 10, I’m pretty sure this song will come alive when performed live like Kristian’s entry did.  There’s some tight harmonies in there, and I think that Bulgaria is going to be doing just fine in the contest.”

Sean – “Perhaps this was a victim of its own hype with the bookies before it was even released but you cannot deny that Bulgaria have pulled it out of the bag once again. I’m excited to hear this live in Amsterdam as I think they have a good blend of voices in the studio version and I hope this translates to the stage too. Mystifying, ethereal, surprisingly catchy and simply well-crafted, it’ll be another happy year for Bulgaria!”

Zack – “A song that took a couple of listens before I could appreciate it. In a sense, this continues the trend that Bulgaria has taken since its return – mature pop music.  The studio version sounds great, but I fear we could be facing an Armenia 2015 or Switzerland 2006 all over again – many voices competing to stand out.”

Matt – “It has a darker vibe to it but it’s really well executed. You can tell that the team behind this put a lot of thought into it. I enjoy this one as a studio version, and ‘Bones’ has the potential to become a favourite live, if done right. So don’t let me down Equinox, blow me away in Lisbon!”

Calvin – “There are some moments in this song that are difficult to sit through, like the intro with its odd vocal touch. But other parts of the song are enjoyable and captivating. Every version of “I love beyond the bones” just SOUNDS good, especially later in the song when it goes higher. I also enjoy the pre-chorus. The choice to have the song sung by a group is a perplexing one. I might have preferred the song with a solo female vocalist, but your mileage may vary.”

David – “Can Bulgaria go one step further this year? Probably not. Then again, what do I know? “Bones” is very mysterious and deep in its sound, but when we have these mysterious songs, then I don’t know what to say, do I like, do I dislike it? Well, not really either, I’m just somewhere in the middle, because I like the song, but so much is missing for me, so I can’t properly enjoy the song, as much as I would like to do.”

Robert – “Bulgaria have had a stellar run these past few years at Eurovision and this song certainly sounds like it could do well for them again. I don’t think I have massively fallen for it – there’s too much I dislike for that – but it has a cool chorus which I enjoy. The verses are annoyingly basic and there is far far too much repetition in the lyrics for me to really get behind it strongly. Going for a group is an interesting choice, but I don’t really see why they did as it adds little to the song”

Bulgaria finish their jury grilling with a great score of 79 points, so can they challenge for a top spot in the ‘televoting’? Only #YOU can decide below! Let’s take a look at the scoreboard thus far…

Romania’s full score sees them go into 7th overall, with France and Macedonia still leading the pack as we approach the halfway point. Can they hold on the whole way?

Now it’s up to #YOU. What do #YOU think of Bulgaria’s entry this year? Share your quick review of Equinox’s entry on our forum HERE, below in the comments or on social media @escunited, and we’ll reveal the best tomorrow! And don’t forget to vote in the poll below!

Tomorrow is another big day in the “Expert” Panel as the current big favourite faces the panel, but what did we really think of Netta Barzilai and Israel?