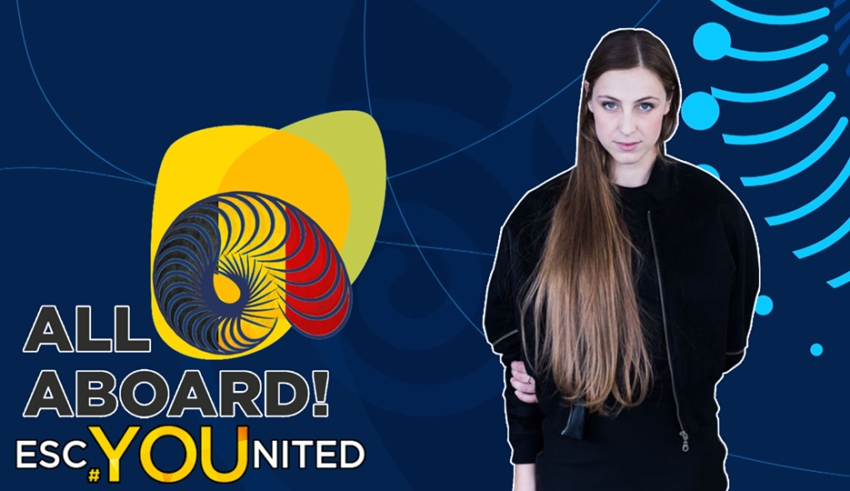 Before we move on, we need to see what #YOU thought of Poland. So here we go…

Citelis (Forum) – “Eurovision is a competition so you have to be ready to hear negative opinions! Poland this year has one of the worst songs. It does not deserve to qualify but I believe it will!”

carl1 (Forum) – “This is one of my personal faves, certain qualifier.”

Kairit (Forum) – “I really can’t… stand this song? It’s in my bottom 3. But it’s mostly because it’s exactly the type of song I almost never happen to like or enjoy, plus the ‘Light me up’ hook is pretty much unbearably generic. But I think it’s amazing in a sense, because it also might be musically one of the most relevant songs we’ve ever had in the competition, totally radio ready and this sort of EDM has a big following, so… I hope it works out for Poland.”

ATP (Forum) – “A great entry from Poland this year (at least compared to the others), but unfortunately they always seem to be a bit underrated by voters, bets and so on… If this song came from Italy or Spain the things would be much different. I imagine this to be a summer hit one can listen to in Palma de Mallorca or Tenerife on the beach, but not many people would consider Poland a summer tourist paradise. So, Poland, take your song and move south, please!”

Poland’s eventual televoter score is a decent return of 62 points. We’ll see where this leaves them later on! On to Belgium!

Christian – “As much as I want to like this I am stuck with the brilliant inspiration from Portishead. I am sure that the singer’s parents must have heard the 1994 album “Dummy” a lot. This trip hop pop, Bond-inspired ballad is another great entry from Belgium. At first I was sure it would win but, after many plays, I still think that it a song that could do well, but at the same time I think the genre could be too small to win. A great singer no doubt about that. A nice surprise from Belgium once more. They have certainly stepped up in later years and can’t seem to put a foot wrong”

Connor – “007 look out, because Sennek is coming for your gig! I’ll be honest, I wasn’t a massive fan of this song during the first listen, but it’s grown on me more and more and more.  Knowing Belgium, I know that they’re going to bring an amazing show to Lisbon, and I have high expectations for this live.”

Efe – ” IT’S ABSOLUTELY A MATTER OF TIME AND SENNEK REALLY DESERVES TO BE IN THE GRAND FINAL! According to me, she is one of the potential winners IF she presents a really strong performance. I hope she will take this huge thing to Brussels… I love you!”

Zack – “More dark moody pop from Belgium. A song like this scares me. It is so good, yet it worries me that there’s only one way for the live show performance and that is down. Given the sub-par reviews from the fans regarding her preview party performances, Sennek needs to step it up.”

Calvin – “There’s a lot to like about this song. It’s very creative and takes a lot of risks with the composition. The percussion is a weird and intriguing touch which plays off the other parts of the song in interesting and kind of uncomfortable ways. But the unpredictable composition cuts both ways, making the song interesting, sure, but kind of hard to listen to. Sennek is also an odd fit for such a song; her vocals are technically flaw-free but don’t have a lot of nuance. Still, though, I really respect this entry and the artistic statement it makes.”

Matt – “Yes, we all know what sound they were going for here so I’m not bringing up James Bond…..darn it!!! It’s good, a solid composition and adds to the variety of this year’s lineup. While I can’t say, I personally completely connect with this song, I can admit the quality and effort that was put into this so I’m giving this the thumbs up.”

David – “Another dark and mysterious song in this years line-up, but to me, this is a lot more mysterious. The song just wanders off, and it does that during the entire song. This leaves me completely lost and confused, and this happens every time I listen to the song, do I like or not? I seriously don’t know. It’s interesting and intriguing, but we’re talking about a song, and not some crime show on TV. Maybe I’m just going a bit crazy, but until I decide, it just stands in the middle.”

Robert – “Belgium (somehow!) did incredibly well last year with a song that had similar vibes and this year feels like a conscious effort to build on that success, albeit with someone who hopefully has a little more confidence on stage than Blanche did! I loved “City Lights” and this is certainly something I enjoy. That’s the issue though – I enjoy it, but it doesn’t quite hit the same spot that “City Lights” did for me. It falls very flat in the verses without really carrying me along. The choruses are, however, quite spectacular and convey a disjointed sense of mild insanity, which I rather enjoy. Mixed feelings.”

Stefan – “I’m not getting the Bond/Adele vibe. I mean I do get it that it’s there, it’s just I don’t feel it. I don’t feel her energy, but I guess she will qualify and end up somewhere in the middle.”

Sean – “I can appreciate the quality of this entry but I’m afraid to say that it entirely passes me by. It’s certainly a cool track and has a rare understated quality about it, but I’m hoping for more of an impact from the choruses that never comes. I like the last chorus more, but on the whole it’s just a pleasant filler song.”

A big score for Belgium as Sennek earns 70 points from our jury. How will she fare with the ‘televote’? Only time will tell… but for now, here’s where we stand!

It’s a decent score for Poland and a good starting point for Belgium, with Gromee and Lukas Meijer sliding in just under Romania in 16th place. How will Belgium fare?

Now it’s over to #YOU – what are your thoughts on the Belgian entry? Share your short review of the song on our forum HERE, below in the comments or on social media @escunited and we’ll share the best tomorrow! And don’t forget to vote in our poll below to help decide Belgium’s final score!

Not many songs left now, with Montenegro facing the panel tomorrow.