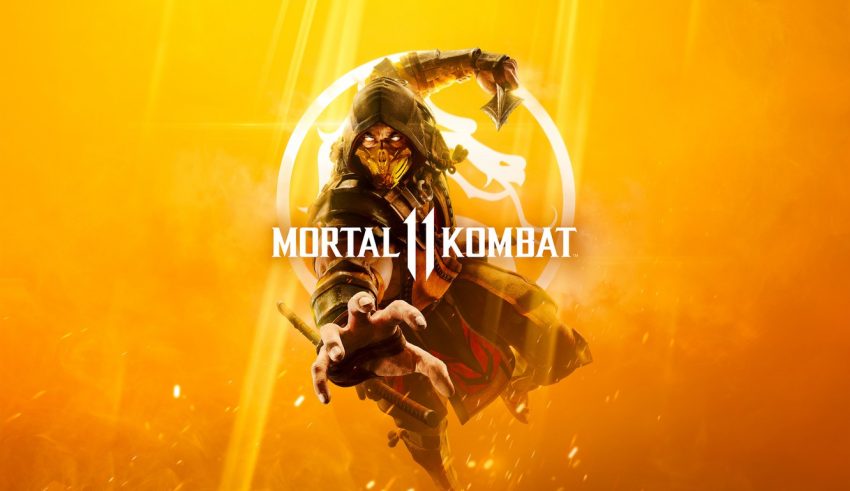 In gaming news this week, you won’t have escaped the release of Mortal Kombat 11, the latest entry in the legendary fighting game series. But this entry, the latest in the revived and rebooted series by NetherRealm Studios, makes extra effort to reach out to earlier entries in the franchise, and one major hint of the time-straddling nature of Mortal Kombat 11’s plot comes with heavy usage in the promotional material of “Techno Syndrome,” the 1993 techno track that is perhaps the most well-known video game song of all time.

Written by Maurice Engelen (also known as Praga Khan) and Oliver Adams, “Techno Syndrome’s” main synthesizer riff and the yelled “Mortal Kombat!” makes it not only the most recognizable song in gaming, it makes it one of the most recognizable EDM tracks of the 1990s. Engelen, who was also in the famous EDM band Lords of Acid with Adams, would also recognize a major flaw in the Belgian music industry and its treatment of song contest winners and do something about it: start a record label that supports Belgian Eurovision entrants.

Now “Techno Syndrome” was not used in the game itself, mostly due to the limitations of sound cards for consoles and personal computers at the time, but was featured heavily in television commercials for the game. Additionally, Engelen and Adams had created a specific side-project called The Immortals for the Mortal Kombat project, an entire album of game specific tracks. Most tracks were dedicated to a single character from the original 1992 Mortal Kombat game, with the lead single being “Techno Syndrome.”

Developed and released in 1992 by Ed Boon and John Tobias for Midway Games, Mortal Kombat was supposed to be a fighting game based on the fighting contest movies made popular by Jean-Claude Van Damme with Bloodsport, Lionheart, and Kickboxer. But horror and fantasy elements were added to make the game more distinctive from its contemporary rival Street Fighter. However, it was the extreme violence, which had the usual pearl-clutchers who’d chastised Ice-T, N.W.A., Judas Priest, and other counter-cultural musicians of the time, up in arms. At the end of each fight, the victor had the option to engage in a special move to finish off the loser, and the results were, while in a black humor way quite hilarious, quite antagonizing to the culture warrior set of both the hard left and hard right who sought to censor music and video games at the time.

The Immortals side project was the first successful charting project for Engelen and Adams, with “Mortal Kombat: The Album” reaching Number 16 on the Billboard Heatseekers Chart. However, “Techno Syndrome” by The Immortals was again featured heavily when a live action movie version of Mortal Kombat was released in 1995. Directed by Paul W. S. Anderson, the adaptation of Mortal Kombat is considered one of the better video game adaptations. Starring Robin Shou, Christopher Lambert, Linden Ashby, Cary-Hiroyuki Tagawa, Talisa Soto, and Bridgette Wilson, the film adaptation was a smash hit, spending three weeks at Number One at the US box office, earning $122 million.

As with the games Mortal Kombat and Mortal Kombat 2’s marketing campaigns, “Techno Syndrome” featured heavily in the marketing and the soundtrack for the film. The soundtrack for the film was especially successful, reaching Number 10 on the Billboard Album charts. Blending industrial, EDM, and metal, the soundtrack also helped introduce previously niche bands into the mainstream. For example, Fear Factory, a Los Angeles based industrial death metal band who’d stunned the metal scene with their groundbreaking 1992 album “Soul of a New Machine,” with the lead single “Martyr” considered one of the best metal songs of all time, got a boost when their track “Zero Signal,” featured in the Johnny Cage vs. Scorpion scene, was added to the soundtrack. With the help of Mortal Kombat, Fear Factory’s second album “Demanufacture” ended up being certified Gold in the United States, Australia, and the United Kingdom.

So popular was the soundtrack, another one was released shortly thereafter featuring EDM, industrial and metal acts. Of note to “Mortal Kombat: More Kombat,” was the inclusion of Babylon Zoo’s “Spaceman,” which at the time of release in 1995 was on its way to becoming a major hit.

New Line Pictures was quick to capitalize on a sequel, though while Mortal Kombat is considered one of the better video game adaptations, Mortal Kombat: Annihilation is considered one of the worst. The marketing tagline was “Destroy All Expectations,” which should have been seen as a bad sign. Additionally, James Remar replaced Christopher Lambert as Raiden, Sandra Hess replaced Bridgette Wilson as Sonja Blade, and the sequel was critically and commercially annihilated.

The Lords of Acid continued their cult success, with several albums in the mid to late ’90s cementing their status as influential EDM and Industrial titans. In 2000, Lords of Acid released their fourth album “Farstucker,” and pretty much went on hiatus thereafter. Engelen and Adams remained active, mostly producing other artists’ work, and Engelen got a gig as a mentor and judge on Belgium’s version of X Factor.

Then known as Tom Eeckhout, Dice lost out in the final of X Factor to Dirk De Smet. However Engelen was quick to sign Dice up to a new record label with a new funding mechanism powered by one of Belgium’s hottest tech executives in Bart Becks. Named SonicAngel, Engelen and Becks went to the Internet to seek funding for the artists they had in mind. In exchange for a share in an artist’s work, investors who paid into SonicAngel’s model would receive revenues earned by the artist. In the pre-Patreon and pre-Kickstarter days, this model was quite unusual. Dice was the artist that Engelen and Becks chose to debut their model, and it worked out pretty well.

Shortly after Dice’s signing for SonicAngel, he was also internally selected to represent Belgium at Eurovision 2010. Dice was a controversial pick, mostly because he was internally selected after years of national selections for Belgium, and also because he was an X Factor runner-up when selecting contestants from that show was relatively new. A divisive entry, mostly because this was during the gap between James Blunt and Ed Sheeran and the public was tired of white guys with acoustic guitars, but Dice, with his appropriately titled “Me and My Guitar,” worked out quite well for Belgium.

Co-written with Ashley Hicklin (the Yorkshire born songwriter who also co-wrote Lithuanian Jurij Veklenko’s “Run with the Lions” for Eurovision 2019) and Jeroen Swinnen, Dice performed “Me and My Guitar” in Semi-Final 1 and achieved what no Belgian had done in the past six years – qualified for the Grand Final. And in 1st place, too. Dice’s goofy charm – complete with a mid-song giggle after the audience cheered and clapped during a pause – worked a treat in Oslo, and earned Belgium a sixth place finish, which was Belgium’s best finish since Urban Trad’s shock second place in 2003.

Just before Eurovision in April 2010, SonicAngel released Dice’s debut album “Teardrops,” which peaked at Number One on the Belgian album charts, and performed well in France and Luxembourg. SonicAngel’s first album was a phenomenal success – online investors reportedly earned a 355% return on their initial investment. And the success for Dice continued, with the single “Utopia” and his follow-up album, “Heart for Sale,” performing equally well in 2012. Dice’s good form continued in 2016 with his third album, “I’ve Come a Long Way,” peaking at Number 39 on the Belgian album charts. Years on, it appears Engelen’s support for Dice paid off.

But Dice was the not the only Eurovision-bound entrant he signed. Engelen signed relatively unknown singer Laura van den Bruel in 2011, and as with Dice,  Vlaamse Radio- en Televisieomroeporganisatie (VRT) internally selected van den Bruel, now known as Iris, and her ballad “Would You?” for Eurovision 2012 in Baku, Azerbaijan. But commercially for SonicAngel and for Belgium at the contest, Iris’s song did not hit the same heights as Dice. Her debut album “Seventeen,” released in April 2012, hit Number 30 on the Belgian album charts. Whereas “Me and My Guitar” hit Number one on the Belgian singles charts, “Would You?” peaked at Number 19.

Engelen resigned from SonicAngel in 2015 due to creative differences with Becks, and the rapid expansion of 2010 through 2012, including setting up an office in Los Angeles, came undone. This year, Eliot will represent Belgium with “Wake Up,” where he promises in the lyrics that he has come to fight over you. Hopefully, unlike Mortal Kombat, there are no fatalities involved.

And as Mortal Kombat 11 is unleased on the gaming world, the references to the classic game will continue to pile up. You never thought the composer of the game’s music would show up in an Eurovision blog, and as with Aja’s video below, bet you never thought you’d see a RuPaul’s Drag Race reference either.

Do #YOU think Eliot can finish off the competition in Tel Aviv, Israel? Let us know in the comments, on social media, or on our forum.