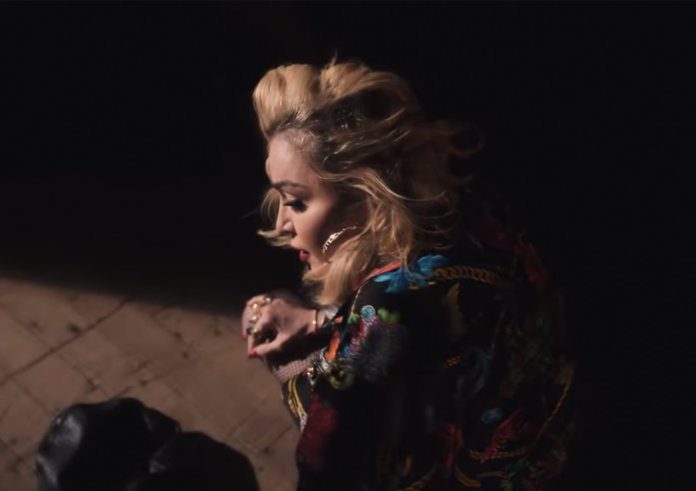 With only five days to go, Sand’s announcement has no doubt caused a stir over whether or not we will see Madonna perform her two planned songs – “Like A Prayer” and an as-yet-unnamed new song from her upcoming Madame X album – at all during the Grand Final Interval on Saturday, May 18, 2019.

Sand did confirm the EBU is in active negotiations with Madonna’s legal team, but did not elaborate on the hold up in agreement.

Earlier today, Israeli-Canadian businessman Sylvan Adams, who is footing Madonna’s $1.8 million fee, was in confident mood when he told The Jerusalem Post that Madonna would be arriving on his private jet on Wednesday morning.

“I’d like to welcome Madonna back to Israel,” said Adams.  “As her host here, in Tel Aviv, I hope to show her around our beautiful sights in our beautiful city.”

Ultimately, both Sand and Adams are confident the show will go on, but Sand was clear that there was some way to go, and that we may need to brace for Madonna not appearing.

“We are in a situation now that is a bit strange,” said Sand. “We have an artist who would like to participate, and who we would live to welcome there, but we have not signed a contract.”

The Madame X promotional tour ramped up this weekend with Madonna releasing her second single from the upcoming album, “Crave,” performed with Swae Lee, this past weekend.

Do #YOU crave Madonna during the Grand Final Interval? Let us know in the comments below, on social media, or in our forum.