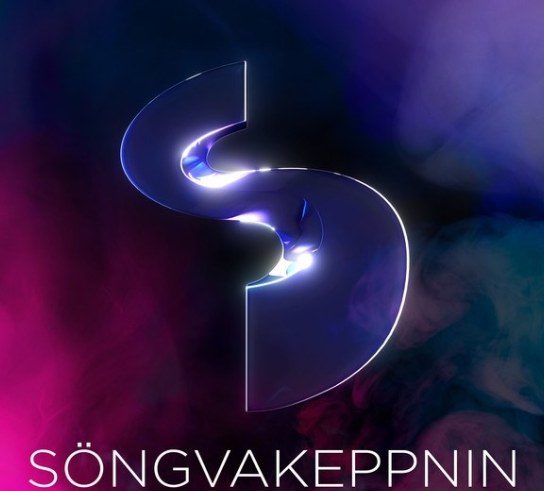 With Iceland’s national selection continuing tonight with five more entries competing for two qualifier spots, our team decided to discuss the entries and rank them based on our preferences. Who came out on top in tonight’s semi-final?

This time, it’s Daniel, James, Melanie, Roy and Sean who oversee the songs…

Daniel – 7 – “I feel a weird one coming. I swear, we are really going for a retro feel this year. This song is quite a mood. While the harmonies are good, I feel this song is a bit cruise ship-y, not a super serious contender. I love the horns but it makes it feel a little less mature than the verse may seem to be going for. I feel like I have been a bit harsh for a song I genuinely like, it is fun, unabashedly itself and combines a lot of interesting elements. It even has a key change, how can you not love a key change?”

James – 6 – “Sounds like a mid-tier new wave pop song from the 1980s. This is nowhere near as good as his “Is This Love?” entry from 2017, though that effort was sabotaged by too many hipster touches (keytars! 8 bit graphics! Ugly sweaters!). “Is This Love?” was a fun enough song to withstand that, but if Daði can’t resist the urge to be a hipster on staging, “Think About Things” will sink fast.”

Melanie – 8 – “So happy that he’s back! He was my winner in 2017 and I’m still sad that he didn’t win than. I love the synthesizer in this song and his style. I’m really curious how he’s going to stage this song. I have high expectations of this and I hope he will exceed them.”

Roy – 4 – “This actually has a really good build-up. Love how it develops in the start and I like the overall rhythm of the song. Major issue for me is that I don’t find his voice very appealing so after 1 minute 30 I am kind of done with it already… Fun for what it is, but just falls flat in the end.”

Sean – 8 – “I love the 80s synthwave meets 70s funk vibe in this one! It would be an unusual entry for Eurovision and it may veer into the light-hearted, tongue-in-cheek category of entries if picked which may not be to everyone’s tastes, but as light entertainment this was a fun, catchy and really enjoyable listen.”

Daniel – 5 – “This songs has a lot of potential. It has that James Bond like chord progression and a voice that both is sweet and sultry and she has an undeniable charisma. Unfortunately, the final product is not as strong as the moving parts, I think I was a bit bored listening to this song, it felt like a toned down version of Adele’s Skyfall. I really do not see this song really getting people excited and rallying behind it.”

James – 8 – “Should Hildur go by the name Sennekdottir as this sounds a more restrained “A Matter of Time”? If this goes to Rotterdam, they will need to heed Sennek’s failure for Belgium and not leave Hildur stranded on an empty stage in a tatty black dress. This is a lovely song, and Hildur’s vocals are captivating. Simpler piano tracks can do well if the right voice, the right stage presence, and the right staging of all is executed. Sadly, Jon Olafsson’s video for this song gives you the impression they are going to repeat Sennek’s minimalism in black staging. Perhaps an “eye in the hurricane” approach and concept, suggesting the calm as wild winds swirl around about to crash in, may be the way to go?”

Melanie – 4 – “Yeah, this is not my cup of tea. The song is just too slow and never really grabs your attention. It’s just a calm water that is not going anywhere.”

Roy – 2 – “This definitely has its audience, but that audience isn’t me I’m afraid. I feel like ambient songs are really cool and I don’t even mind it when it’s played. However this just won’t work for Eurovision. It is too slow and forgettable and will just get swallowed by all the other songs competing alongside it.”

Sean – 6 – “It’s like a Bond theme in slow motion in Icelandic. Not really my thing but it’s a classy composition and can really showcase the vocal talents of Hildur I’m sure. Is it for Eurovision? I’m not convinced.”

Daniel – 10 – “This is a song of epic proportions. Can you imagine Iceland being like “we sent Hatari last year to scare year, and here is Iva to mesmerize you.” No but this song sounds like a beautiful orchestral composition for a wood nymph. It has this quality of appeal that brings you in. The drama is ever present and that drop just brings you into a new world. The staging potential is exponential, just look at the cinematic quality of this song. I do not like to usually call it because national finals have a way of specifically not choosing your faves, but Iva as above and beyond her competitors. Bravo to you.”

James – 10 – “At the end of the ‘90s horror / sci-fi classic Event Horizon, Sam Neill, on the verge of sending Laurence Fishburne’s spaceship through the gates of Hell, tells the viewer, “where we’re going, we do not need eyes to see.” Such is this song, whose title is “eyes to see” in Latin, and if you read the lyrics, it’s also in the spirit of dread and violent horror that Iva transports you on her journey. (“You come to me but you cannot hear, your answer drowns in mortal fear.”) This is, frankly, the sort of song I’ve been wanting Iceland to send to years. A New Age yet Old World sound and a feel that harkens back to their past, a combination of the traditional sounds of the Nordic cultures and the Northern Gaelic peoples who accompanied them in the settling of their country. The soundscape is as minimalist black rock and beautiful as Iceland’s landscape. With the right staging, we could have a quirky, dark horse winner in Rotterdam.”

Melanie – 9 – “This is definitely my winner of Songvakeppnin 2020. If this doesn’t win, then you seriously have to rethink your national final Iceland. The song sounds like the heavens break open. It has such an ethereal vibe over it, and then that moment when it all just bursts open. She has an amazing voice and she has to win it!”

Roy – 8 – “I just need to hear this live to give a final judgement. Last year Batista Aquaviva completely butchered her already flawed opera-song in France and the same could happen with this. I would have maybe liked the song to get going a little earlier, but once it does it is really good and enjoyable. I am really curious to see how they will stage this and how it sounds live. As it is, it is pleasant and good!”

Sean – 3 – “There’s always one song in every national final season that people go nuts for that leaves me mystified. Guess what? It’s this one. I can’t fault Iva as she has a real talent and a wonderful voice, but this is just… not to my taste at all. I can’t get on board with the whole Celtic/mythical voices trend that seems en vogue at the moment.”

Daniel – 7 – “A sweet pop melody that has a lot of things working in its favor. It starts off like your regular pop song and then it begins to pick-up into a fun chorus (even though I am not huge about that high note in the recorded version). Then they throw hints of ethnic instrumentation and the slow-down really builds up the anticipation for the song. By the end, I was already humming the chorus so I know it is super catchy. I think this is generally a good song.”

James – 7 – “Iceland has not exactly set the Eurovision world afire with their pop of late, and I don’t foresee a different fate for Nina, even if that minimalist bass part at the bridge and the ramp up towards the end is pretty cool. Conceptually, they’re going to have think outside the box for the staging on this one. Though it has a great groove for a mid-tempo dance number, they run the risk with Nina’s vocals of an entry that is too lightweight to inspire people to pick up the phone and vote. It’s a good song, don’t get me wrong. I just don’t want it to fall in the same trap as other perfectly good Icelandic entries of recent years that didn’t perform well.”

Melanie – 5 – “Ekkó is a generic pop song. She sounds amazing, but the song doesn’t excites me. Maybe the staging can save this song, but Ekkó just isn’t strong enough to represent Iceland at Eurovision.”

Roy – 7 – “This is very enjoyable, but could use a bit of a revamp. I feel like with a bit more oompf it could be competitive. As it is, it would probably have some trouble qualifying at Eurovision. I like the vocals, Echo is a good main word to use since it is memorable, simple, not often used and has a good sound to it. Yeah, I like it, but could be better.”

Sean – 6 – “This is a pretty pop song and she has a lovely colour to her voice, but there’s not much more to say beyond that. I feel it could have a punchier production, a bit more power behind it to really make it stand out. As it is it fades a little into the background, as pleasant a listen it is.”

Daniel – 6 – “This is a very sweet song, similar to what Iceland sent in 2013. But just like that song, this song is not a song I am really super, super excited. It is nice, though, to see Matti return as a solo act. The song is not bad, by any stretch of the imagination, it is actually quite soothing and emotion-packed. Nevertheless, this style of song ballads, I feel, are becoming passé at Eurovision and I do not see a lot of space to make it through the semi-finals in Rotterdam.”

James – 6 – “Hey, it’s the singer from Sjonni’s Friends! Another tender, acoustic ballad. It just lacks the heartbreaking poignancy of Sjonni’s Friends’s “Coming Home.” It’s pleasant, and like its title “Dream,” it passes from memory, unfortunately. The song builds nicely, with Matti starting off softly and then really letting loose with his vocals towards the end. But it lacks the impact of my Icelandic favorite, Eyþór Ingi’s “Eg a Lif,” which mines similar territory.”

Melanie – 3 – “This is Our Choice 2.0 but with a more beautiful melody. He’s a great singer, but the song is just not doing him justice. You will immediately forget this song after you listen to it. Matti Matt just needed a stronger song.”

Roy – 1 – “This is a bit too slow and boring for me. It just never really goes anywhere spectacular and it just passed me by like it was nothing. In this small competition that may not be that bad, but in a big competition like Eurovision it is a massive issue. After the first listen you basically already forgot how it went and that isn’t a good sign either…”

Sean – 4 – “He has a great voice but this isn’t the type of song I would really want him to sing. He did a great job in 2011 singing quite a positive, upbeat song, so it’s dissapointing to hear him go for this bland middle of the road ballad on his big return to Söngvakeppnin.”

Let’s see how this affects our team’s scores…

There seems to be a pretty clear winner, and it’s Iva with “Oculis Videre”! Our team would pick Iva to qualify alongside Daði & Gagnamagnið tonight, but will this come true?

What do #YOU think of our thoughts on Iceland’s semi-final? Share your thoughts with us on our forum HERE or join the discussion below and on social media!