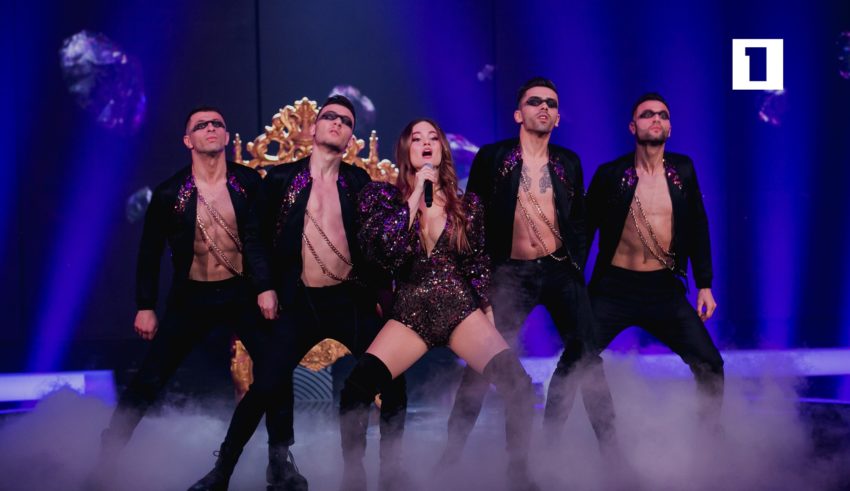 Armenia’s Depi Evratesil has concluded this evening and we have a winner – Athena Manoukian has been chosen to represent the country at Eurovision 2020 in Rotterdam!

Twelve acts performed in tonight’s national selection as Depi Evratesil returned from a year break, after the internal selection of Srbuk in 2019. Following the combination of international jury votes, Armenian jury votes and those of the Armenian public in tonight’s show, it was chosen that “Chains on You” would be the entry for Armenia this year.

How did the show unfold? Report

The show began with a montage of Armenia’s previous performances in Eurovision before showcasing the twelve acts taking part in Depi Evratesil this year.

First up was Agop who gave us a colourful, fun performance of “Butterflies” to kick off the show, before Karina EVN mirrored herself multiple times on screen during her performance of “Why?”.

Hayk Music performed third with a passionate performance of “What It Is To Be In Love”, before ERNA and Eva Rida gave strong solo performances with “Life Faces” and “No Love”, respectfully.

Athena Manoukian, one of the favourites in this contest, performed sixth with a strong choreography and a stage show featuring diamond backdrops and a throne for “Chains on You”, before a break in proceedings to interview ERNA and Eva Rida in the green room.

A neon-bright performance from Gabriel Jeeg and his two dancers with “It’s Your Turn” got us going again in the second half, before two fiery, fierce performances from Sergey & Nikolay Harutyunov’s “Ha, Take a Step” and Miriam Baghdassarian’s “Run Away”, both well received in the studio.

Next up was the return of Vladimir Arzumanyan, Armenia’s sole Junior Eurovision winner now eligible for Eurovision at the age of 21. His performance of “What’s Going On Mama” featured a living room setup on stage as he interacted with a visual of a woman on the backdrop. Arthur Aleq followed with “Heaven”, accompanied by a flashy backdrop and a solid vocal performance.

Last up to perform was TOKIONINE with “Save Me”, another favourite going into the competition. Part of Srbuk’s team for Tel Aviv, TOKIONINE stepped into the limelight himself this year, and closed the show with a choreographed space-age routine with four female dancers.

After all of the performances, there was an interval act from Karina Ignatyan, who represented Armenia in Junior Eurovision 2019 with “Colours of Your Dream”, and a green room interview with Iveta Mukuchyan who represented Armenia in Eurovision 2016, followed by Mukuchyan performing. All 12 participants then performed a cover of Duncan Laurence’s “Arcade”.

Athena will go to Rotterdam for Armenia, and will be hoping to bring Armenia to the Eurovision final for the first time since 2017, when Artsvik performed “Fly With Me” in Kyiv.

What do #YOU think of Armenia’s choice for Eurovision 2020? Did the right song win? Have your say in our comments section below, or join the discussion on our forum HERE and on social media!