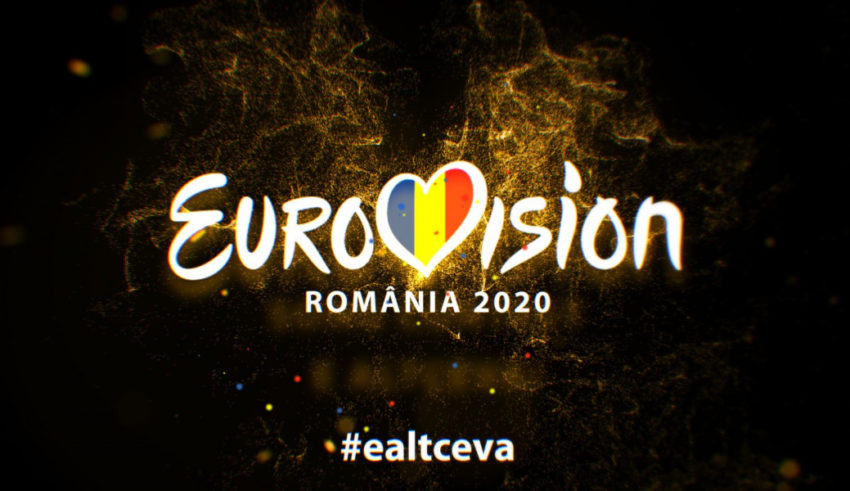 With Roxen’s song for Eurovision 2020 being decided tonight, our editors David, James and Sean took a look at the potential entries for Romania. Which of these five did we think should represent the nation in Rotterdam? Read on to find out…

David – 7 – “Alright, so this sounds like one of those typical slow ballads, which I’d normally just butcher, but… this is just powerful! Emotional, deep, powerful, touching, overall amazed by the quality. However, it’s not something I would listen to normally, but I can appreciate the effort. If there was a proper hook to it, then maybe I would’ve been sold, but there is nothing that sticks, so I’m struggling to remembering it afterwards.”

James – 3 – “She does that grating indie voice where monosyllabic words are contorted (mind is my-eye-und, line is lye-eye-ine, etc.). However, that indie female singer pronunciation half-wail, half-mumble kind of works here as this is a post-club crash track, a slow ballad depicting the euphoria of the night out crashing and she’s alone, wondering whether to call her ex / side-piece, etc. You see, the mumbling “works” because she slurs “Alcohol You” into “I’ll Call You.” Ha ha ha, oh. I don’t particularly want to hear a sad post-club booty call downer at Eurovision, either. Especially one with a terrible homophonous joke.”

Roy – 9 – “This is absolutely beautiful. It is the song that showcases her amazing voice the best. It has variations between high and low. The production is awesome and minimalistic, yet rich and vibrant. It is a very memorable song and it is 1 of 2 that I kept singing randomly throughout the day, that is often a good sign. The lyrics are very clever and are really well put together. This could legit be a contender to take it all in Rotterdam. Mark my words!!”

Sean – 8 – “Okay, so confession time. Initially I dismissed this song and gave it a 6, but I now must re-write my review after a few listens. The wordplay with “Alcohol You” and her pronounciation “I’ll call you” is a nice touch, the emotions are palpable and it’s a carefully crafted, well-poised ballad that gives us something DIFFERENT to every other slow song this year. My only concern is how instant it may be. I can see a dark, captivating staging with this one though.”

David – 5 – “Very mysterious and melancholic, not really my style to be honest. However, I enjoy the beat, it’s something different and intriguing. Unfortunately I kinda fail to have something that makes me remember the song, so I’m cool with the song when it’s on, but it’s all over when it actually is over, not exactly what you want from a song.”

James – 7 – “We’ve heard this kind of modern pop song before with this kind of nasally voice. Most serious fans of Eurovision are damaged goods in the romance department, so a large chunk of stans will gravitate towards this kitschy love-is-a-dangerous-addiction song. If they don’t get the tone for the staging just right and it comes off as too low-key or too clever by half, this risks being a non-qualifier. Of the five songs, this is the high risk, potentially high reward option.”

Roy – 6 – “Out of the 5 this is probably the one where her voice sounds the most unique. Looking at the song in general this is probably the weakest of the 5. It misses something to really grab the audience. I could definitely see her pulling this off in an incredible way though. I feel like she could really deliver a mysterious performance. I do feel like she is more comfortable with something a bit more poppy.”

Sean – 6 – “This stabby guitar number follows much of the feel of “Alcohol You” in its vibe, but offers much more flexibility in terms of staging and how it can be portrayed to the public. It also has the benefit of not really matching anything else chosen for Eurovision so far, which could make this stand out. It takes a while to really get going for me, and stays on a level for much of the song, so I’m struggling to get into this one fully.”

David – 10 – “I pretty much grew up listening to this style of songs. The beat is on point, this would move any Romanian club, with 20 different kind of remixes as well. I love this song and we love being international, our artists just love singing in any possible language, and especially in other Latin based languages. I feel at home with this song and I would love this at Eurovision.”

James – 9 – “Of the five, this is the one that grabs me immediately. Thematically, it reminds me of Madonna’s “La Isla Bonita,” evoking romance for a non-Spanish protagonist in a Spanish setting. But this is a modern club track with a thumping beat and bass and a catchy chorus that most people will want to sing along to. And dance along to. The Spanish touch is a shrewd one, as many televoters will get caught up in the latin romance (or remember a half-drunk dalliance in Benidorm that ended by waking up in the bushes).”

Roy  – 7 – “This is probably the second best studio tune of the bunch, but I fear that this will struggle when performed live. The beat is at a bit of an awkward BPM that is a bit too slow to truly dance to and that is too up-tempo to just stand still as well. I feel like this will diminish in quality the most out of all 5 studio cuts. I love it, but I don’t think it should be the song to go for here.”

Sean – 8 – “We’ve been crying our for Romania to showcase some of their rich and creative EDM heritage to us in Eurovision for years, so is this the opportunity for Roxen? I feel like with a proper speaker system in Rotterdam this would be a real experience in a live setting, so hopefully this could also translate across to TV. This style is very current and I wouldn’t be shocked to hear this one on the radio following Eurovision if it wins the selection. There’s a real televote hit on Romania’s hands here, but for my personal taste it is slightly too monotonous for huge marks.”

David – 3 – “Probably the song that did the least to me, I don’t feel the connection between the song and the artist. Roxen seems like a more dark singer, but sings a very light and open song, I don’t feel it goes well together and I’m honestly quite bored throughout the song, it’s mostly the up-tempo parts of the song that keeps me mostly interested, but barely.”

James – 5 – “This is the one aimed at the older crowd. The only color this evokes is beige, and the “ah-ah-ah” effect heading into the chorus is irritating, and stands out after what sounds like a Coldplay intro. This singer is asking for the object of her affection to make her come alive with colors. The implication is the protagonist is dull and the colors exist outside the song. They never fill in the song. For a contest like Eurovision, you either want to be the one doing the coloring, or you actually want the protagonist to come alive as requested in a grand explosion of light. This does not happen. It just fizzles out, uncolored.”

Roy – 8 – “Ooooh this is very lovely. Give me some laidback EDM any day of the week. This will go straight to one of my playlists if it doesn’t win in Romania. I can definitely see myself vibing to this in the warmer months of the year. You could also do some really cool things staging-wise with this. Make it magical Romania!”

Sean – 5 – “I can’t say I’ve heard many potential Eurovision entries over the years that sound like they could be lifted straight from MrSuicideSheep’s channel, so I will take this as a positive step for the musical diversity of the contest. I don’t think it’s the strongest song here but I could equally see this working with a vibrant, dynamic stage performance. Would need to see this one live first.”

David – 9 – “We’re starting slowly and it’s a nice build up, but then the chorus hits like a “storm”. Easily the most impressive song, lyric-wise. I’m blown away by the powerful beat, and then it just stops… WHY!?! I honestly wish the song was longer, or just that the build-up didn’t last that long, cause I wan’t to hear more, it’s over before you know it.”

James – 4 – “Songs with “Storm” in the title have not had a good time at Eurovision lately. This is also the song that showcases the more irritating feature of her vocals (the nasally multisyllabic stretching of monosyllabic words such as “ho-oy-oy-ole”). And the “I am Storm” chorus is almost as daft as Victor Crone’s “A storm like this can break a man like this.” The escalation in tempo and the key change which can be musical examples of the storm come way too late into the song. As with “Colors” that is monochrome, “Storm” is fairweather.”

Roy – 7 – “This song has been stuck in my head ever since it came out. In a lot of places it sounds a bit too hollow for me. This could fall flat when being performed live. Also the lyrics are a little bit too silly on this one. It is still an enjoyable piece, but it is just simply my number 3 of the selection”

Sean – 4 – “Not a fan of this one. It’s like a mix between a ballad and an RnB track but it just doesn’t blend well enough. I don’t think it’s the type of song that really mixes well with Roxen’s voice, and the key change just sounds cheap and tacked on at the end. There’s stronger options to be had in this selection for Romania!”

So, let’s see how our ranking panned out;

It seems we have a clear winner, and that “Cherry Red” should be the entry for Romania, but we will find out if this is the case in Selecția Națională tonight!

What do #YOU think of the Romanian entries, and which one should Roxen sing in Rotterdam? Share your thoughts with us on our forum HERE or join the discussion below and on social media!