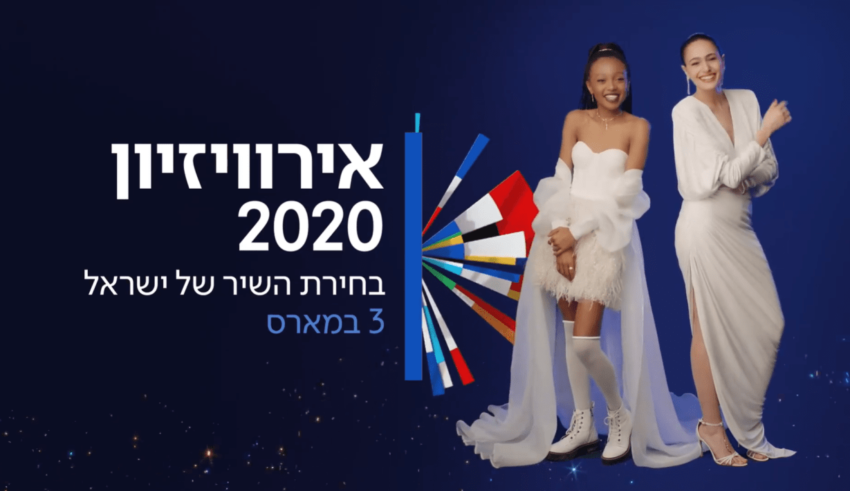 Tonight, Israel will pick their entry for Eurovision 2020 and which song Eden Alene will sing in Rotterdam, with four fantastic songs to select from. Did our team agree with this assessment, though?

Saviour in the Sound

Daniel – 6 – “This is a super cool ballad that has a much more modern composition. You can feel it ooze epic-ness as it grows in size through the three minutes until it becomes a party jam filled with synthesizers and references to robotic terminology. I think the song is a strong one, but it definitely is much safe than the other options Eden has, which should not be counted against it but is an interesting observation. I think overall a great song but not my personal favorite to represent Israel.”

David – 2 – “By the time we get to where most of the things happen, my interest is long gone, is starts off as a slow ballad and already there I’m very much lost. Eventually I do notice that the tempo is rising, but as I pointed, I just don’t care by the time we get there. She sings wonderfully, but that really doesn’t matter if I can’t pay any attention to begin with.”

James – 10 – “A lot of small details that add up to one epic song. The first part, on a slow and minimalist track, the protagonist is lost. The second part, with a little snare, she finds a route to salvation and, in a rapturous outro for the third part, she finds her salvation in the sound. This song perfectly describes the power of music, how it can lift you out of the doldrums and ascend into the heavens. If you want a three minute distillation of what the Eurovision Song Contest means to legions of fans, “Savior in the Sound” is it.”

Roy – 8 – “This song could really come alive when performed on the stage. This is one of those songs that sound quite tame on the studio track, but Eden could really do a lot with her voice in the eventual performance. Staging wise there is a lot of potential too here. The moment near the end is a good touch as well and a good way to round off the song. This could surprise a lot of people!”

Sean – 8 – “The production on this one is great, and I think it’s the one that makes the most sense and flows the best of the four tracks. With a powerful vocal performance I can see this one taking the whole thing in fact. It ends a little abruptly so perhaps the uptempo part could come in slightly earlier, but this has a real quality to it that’s hard to ignore.”

Daniel – 9 – “This song is one of contrasts: the verses are extremely soft and melodic while the chorus is striking, imposing and at times jarring. But I like this about this song becomes it creates a unique ambiance and is buttressed by a multitude of sounds that unite into a beautiful melody. Like Malta 2019 I think this song will become a favorite if people are able to move beyond how surprising the initial spoken word portion is, but this all adds to the narrative of Eden’s past and thus becomes even more beloved as the song progresses.”

David – 1 – “Very promising and seems very true to her ethnicity and it has an interesting build up, and then we hit the chorus… WHYYYYYYYYYYY!?!?!?!?! WHY THE HIGH PITCHED VOICE!?!?!?! It honestly gets on my nerves, very unpleasant to listen to as well, especially with headphones on as well, it just ruins everything!”

James – 9 – “You can tell right away this is from the guy who co-wrote and produced “Toy” as well as Netta’s post Eurovision hit singles. Fun, quirky, distinctly Israeli. The chorus absolutely slays when it kicks in. Now this is no retread of “Toy,” as Alene is a very different singer and Stav Beger and Nathan Goshen have adapted their usual approach accordingly. Though similar to “Toy,” this is a statement of intent and an anthem, and I suspect a lot of people will identify with and attach themselves to the sentiments therein.”

Roy – 7 – “This song is soooo dangerous! I wonder how much they allow her to leave on the studio track. If she needs to sing the lyrics in the drop live then this could fall massively flat on it’s face. If they can figure out a way to make it sound great though, this could be really fun to bring to the stage. I fear that the first scenario will be more the case.”

Sean – 6 – “It all goes so well in this one until the chorus, which I feel cheapens the whole thing. But then, hey, it’s not too dissimilar in style to Netta’s “Toy”, and we know how that went down. Eden’s vocals seem better on this track than any of the other candidates which could help it win the selection. Can Israel really afford to do the same thing TWO years later though?”

Daniel – 7 – “This is definitely the more ethnic bop that we might be missing from this year’s contest. The song is well produced and super enticing. This song does not scream winner of Eurovision, but reminds me more of a song that could do well for being so sincere and true to self like Golden Boy in 2015. I can only imagine how fun the scenography and the choreography will be. Overall a great option for Israel but I think with the voice and persona Eden has, she can climb higher heights.”

David – 10 – “This is why I love having Israel in the contest, they can show the world that Middle Eastern sound to the viewers. I honestly don’t like to make this comparison, but this sounds like a lot of the Persian music I listened to when I grew up. This is just a hit! Amazing song!”

James – 8 – “The first minute sounds similar to and progresses like “Fuego” and then it switches it up at the one minute mark. It’s a song of fits and starts. In some areas it seems like a mess, but in some, particularly the last 30 seconds with what sounds like a heavy musical nod to Alene’s family roots in Ethiopia, it’s a triumph. It’s very busy, but it is very energetic and, absent one or two jarring moments, flows. I can imagine a lot of fans will like the energy and the confidence of this, and the onomatopoeia song title, a staple of Eurovision entries, makes for a dance along and sing along combo for the ages.”

Roy – 5 – “This somehow sounds the cheapest of the songs presented here. I just find it sounding a bit too childish for my liking. The beat is decent, but could have been a bit more out there too. It is fine, but this is the weakest choice for Israel. I do like the final part of the song, but I can’t get past the Rakata thing.”

Sean – 7 – “This has some interesting elements and I’m sure it will be a big hit in Rotterdam regardless of whether it’s actually Israel’s entry or not. The second verse is a particular highlight with the safari/jungle vibe and the constant mixing of various cultures is interesting to say the least! It has potential to be a bit messy though, so we’ll wait and see how this goes on stage.”

Daniel – 8 – “This is what Haba Haba has in mind but failed to execute, this song that is obviously referential to the African roots but done so in a way that that has a modern twist and not done in such a sappy and saccharine way. The disco vibe, while I usually love, seems a tad a bit out of place, especially when compared to that incredible intro and lead in that sounds straight out of a Lion King soundtrack. I can see this song as a song of tradition that morphs into a cosmopolitan anthem.”

David – 10 – “Knowing that Eden has some Ethiopian roots, then I really like the idea of adding some Amharic lyrics, then the lyrics feels a lot more real. Then of course let’s add some Arabic & Hebrew into a mostly English song, and it still doesn’t feel like overkill, very cultural and overall very cool!”

James – 9 – “Israel brought in an expert in Ethiopian music in Idan Raichel to team up with the other co-writer of “Toy” (Doron Medalie) for this one. We’ve not heard anything like this at Eurovision before, and a blend of Alene’s family roots and modern Israeli club music makes for a compelling track. And would this be the first use of Amharic at Eurovision? I think so. The last thirty seconds, as with “Savior in the Sound” is the best part though for a different reason, with the heavy percussion coming in to put an exclamation mark to its end”

Roy – 6 – “This is an interesting song. So much is going on and I am not fully sure if they did a good job of bringing it all together well. I feel like this would have been an incredible song a few years back, but I am uncertain how It would do between all of the songs that we already have in Eurovision this year. A good thing about the song is that it changes up so much that the viewer will have to pay attention to it. The danger is that it lacks a bit of identity and that people may struggle to remember the song.”

Sean – 7 – “Another uptempo song with a lot going on, but I feel this is a lot more cohesive and accessible than “Rakata” and almost has more of a “Golden Boy” vibe going on. The end is another jarring moment which could work, but I’m not sure it was necessary for this track to have the impact it deserves.”

So, let’s see which song won our review round…

In the end, our team thought that “Feker Libi” should represent Israel, but will we be right? Not long now until we find out!

What do #YOU think of Eden Alene’s entries in HaShir HaBa L’Eurovizion? Share your thoughts with us on our forum HERE or join the discussion below and on social media!