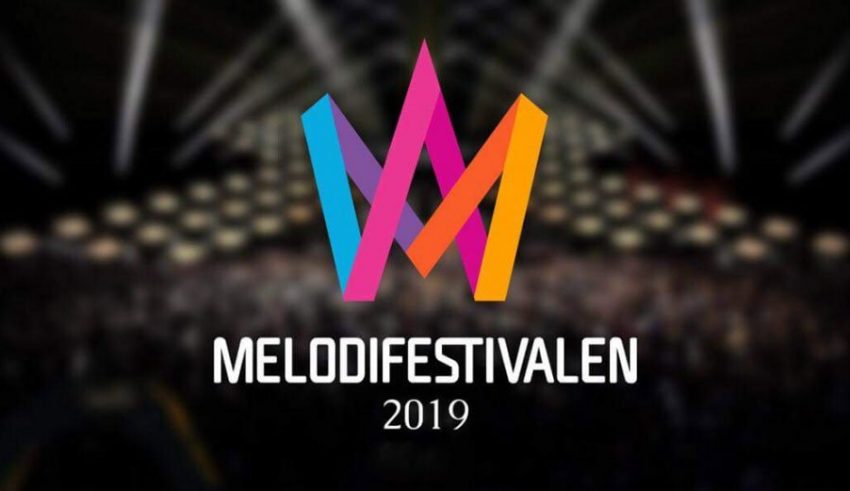 Tonight eight artists invited for a second chance at Sweden’s Melodifestivalen 2019 combat each other in four duels for the remaining four slots in next week’s final. With a sample size of one, and one whose views often diverge radically from his ESC United peers, we will not offer an opinion as to which four will make the final, but James sat down and give his opinion of the eight entries on stage tonight.

Andreas Johnson – “Army of Us”

James – 4 – Sounds like latter day Bono of U2 and lacks anything distinctive to hang your hat on. This is a Banana Republic blazer in song form. If “Army of Us” were a wine, it would not be a merlot and it would retort with a smug quip from the 2004 movie “Sideways” to back it up. Funny that Johnson mentioned this song was for his soccer playing daughters, as this does sound like an anthem for a soccer dad driving a Prius. You get the idea, it’s generic dad pop rock.

James – 8 – It’s unusual that an up-tempo, light folk pop song has a chorus of “ashes to ashes, dust to dust,” a phrase more commonly heard in funeral rites, but this is Sweden, so there you go. Anna’s got the most to prove as she has the “ignominy” of being the only Swedish Eurovision entrant to have failed to qualify from a Semi-Final in 2010. That this sounds so effortless, her movement on stage so confident, is a testament to what a professional performer she is. The song is light and warm, despite its contrasting name.

James – 3 – A boring pop banger. Starts off with the generic hip hop “uh” and “mmm” and “eh eh eh” dropped in and those synthesized trombone fart blasts that are the rage among witless producers. Vlad Reiser would be about as welcome at Eurovision as Paul Reiser’s Carter Burke, the soulless corporate lackey who tried to get the Colonial Marines in Aliens impregnated by the Queen Alien. And get a haircut, Vlad! You look like Gareth from The Office.

James – 7 – Soulful, and the use of the mini-Nano (allegedly his own son) is clever, minimalist staging. This a well-crafted song, with layers added on at appropriate stages and nothing that doesn’t serve any purpose. After the Eurovision televoters gave the Swedes a warning last year that their staging first slick pop of the past few years may not be as bulletproof as they thought, they may want to change tack with a track-first approach from a singer with an “8 Mile” type story.

James – 7 – Oh great, the “Las Vegas” guy from Eurovision 2005, and he’s doing a song called “Let the s%&$ burn.” I’d say strap yourselves in, we’re in for a wild ride of a schlockfest, but this song, as with the deceptively named “Ashes to Ashes,” is a positive, care-free pop ballad. Yes, the guy behind “Las Vegas” has matured significantly, even if he dresses like Phil Anselmo working as a bouncer in West Hollywood. And he exudes a lot more confidence and charisma as his mature self than he did in his first spin at Eurovision.

James – 6 – Oh great, a break up song. Bonus for the “Dead Alive” lyric in the chorus, only because it reminds me of Peter Jackson’s greatest movie. The synthesized snare drum at the bridge is a neat touch. But instead of that being the sign of Lisa rising back up and finding someone new or heading off alone into the future on a positive note, she just doubles down on how broken she is. She just needs that “I kick arse for the Lord!” moment that “Dead Alive” had to lift us out of the doldrums. If Lisa goes to Tel Aviv, she should ask Nadav Guedj to show her around and cheer her up a bit.

Rebecka Karlsson – “Who I Am”

James – 5 – We’ve heard this “don’t give up” and “believe in yourself” sentiment at Eurovision before, and “Who I Am” sounds like it’s from the 2011 – 2015 vintage of self-belief banger. She’s got the pipes to make it work, but the whole entry is bogged down by its being generic. I can’t fault it too much, and definitely not Karlsson herself, but this won’t leave an impression.

James – 9 – Another blast from the past, this time the guys who did “Eloise” at Eurovision 1993. That was a standout that year, and it was about wooing a lass named Eloise. “I Do” maybe as corny as “Eloise,” but it’s a retro dansband number that works as a sequel to “Eloise” as well. “I Do” is a middle age triumph over relationship complacency, of recalling that first passion (“Eloise!”) and using that memory to recharge their love. Their up-tempo blend of big band and rock worked in 1993, even if was a little dated even then, but hot damn, it actually works in 2019 as well. Fans of “Eloise” will really appreciate touching back to the original and ageing the sentiment with their audience.

Who do #YOU want to move on to the Melodifestivalen 2019 final? Share your thoughts with us on our forum HERE or join the discussion below and on social media!