Home 2019 Norway: Anna-Lisa Kumoji “I wished for some hip hop vibes. I feel like a wish has come true!” 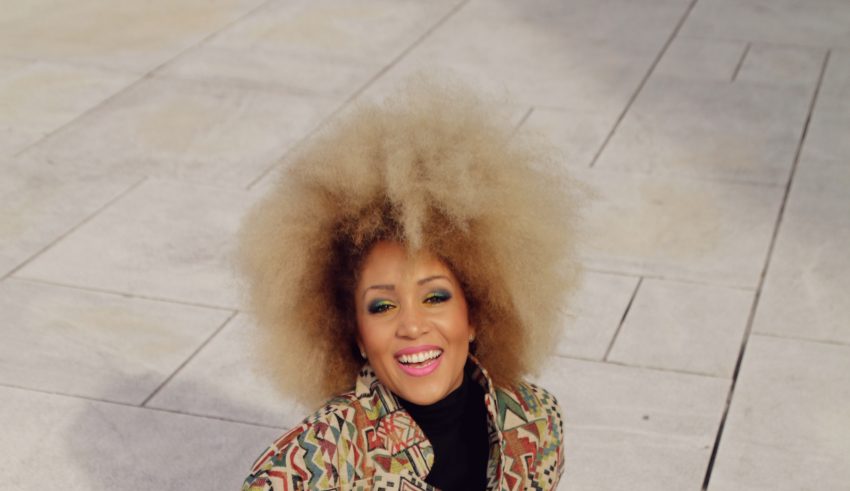 Continuing our Norwegian interviews ahead of tonight’s Melodi Grand Prix final, we spoke to Anna-Lisa Kumoji who will perform “Holla”.

Hello Fernando and ESC UNITED!It’s my pleaserue and Im thankful that you want to hear from me.

My name is Anna-Lisa Kumoji and I come from a music family from Asker, just outside Oslo. My mom is from Bodø, North of Norway and my dad From Ghana. He, Kofi Kumoji, and my sister Beatrice Akuvi are also artists, so there was allway a lot of music and dancing in my childhood home.

I am educated within music and musical theatre. Here in Norway Im mostly know from the theatre and show scenes, or as the Norwegian voice-over artist for several tv-series and a couple of  Walt Disney movies such as “Frozen” and “Beauty And The Beast”.

Last year I did “The Book Of Mormon” in Copenhagen and currently I am playing the part of KIKI in norways first production of Flashdance- The musical.

But now Im ready for Melodi Grand Prix and to get my solo carrier up and going.

Your song that you will be presenting for Melodi Grand Prix is “Holla”. What can you tell us about the song?

“Holla” is a hip hop inspired pop song that is written by Ashley Hiklin, Maria Brobeng and produced by Jeroen Swinnen.
One of the first things I loved about working with this team was that they allowed me to feel free to come with my personal touch and ideas to the song. So I made it mine and I am so proud and honored to take ownership of this uniqe song. It is modern, catchy, fun and sassy at the same time.
As a soulrock singer who had wished for some hip hop vibes in my modern repertoary, I feel like a wish has come through with “Holla”.

As I was not part of the first making of the song I am scared to answer this question on behalf of the songwriters and the producer. But I can say that when I heard the demo the first time and thought of where I would like to go with it I defintaly thought of a African touch to my accent, like Rihanna has her carribean sound to her stuff. Also I could here soulful voice to this hip hop production.

As a showartist that has done a lot of covers, I have had to keep myself updated to some level. And honestly I love the concept of unifying people all over the world despite political or cultural differences though the common love for music and show. So yes, I am for ESC and I love it.
Oh! It´s hard to pic one favotire so Ill pick two; Hold Me Now- Johnny Logan, La Det Swinge- Bobby Socks,

Absolutly. ESC is one  of the biggest-if not THE biggest- song contest platform in the world, so if I will be able to take part of it I think it will be life changing.

To believe that I am good enough just the way I am. To trust that God always got my back nomatter what.

Maybe that Im very much spiritual or that I speak four languages.

One of my first childhood memories is from when I was just turned three and I remember dad carrying me, dancing to the song he had dedicated to me and just released “Anna-Lisa”.

I´ve been into music since I was born, so I don’t really have a clear memory of my first experience with music.

Anna-Lisa will compete with “Holla” in Melodi Grand Prix,  Norway’s selection for Eurovision 2019. #YOU can catch Anna-Lisa’s performance tonight (2nd March) as she hopes to qualify for the Eurovision Song Contest.