Home 2020 There is a house in Tbilisi they call the Rising Sun: Georgian Idol Auditions continue 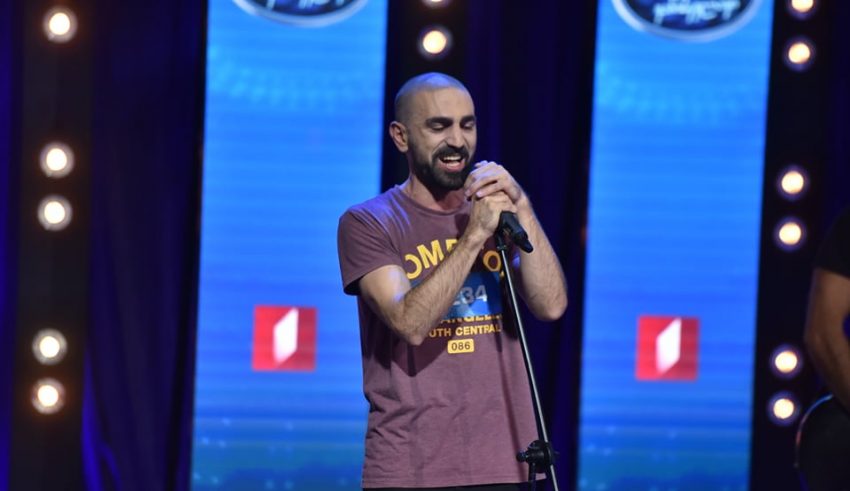 The new series of Georgia’s franchise of Idol continued this evening with the second of three audition rounds shown on Georgia Public Broadcasting’s (GPB) TV-1.

Hosted by Ruska Makashvili, Star of Georgia or Georgian Idol, is the Caucasus nation’s version of the Idol franchise. It is the second straight year the show will serve as the selection method for Georgia’s representative and song at Eurovision 2020, to be held in May 2020 in Rotterdam, the Netherlands.

This week’s round featured nine aspiring artists trying to impress the judges enough to win a coveted golden ticket. Next week, the judges will nominate winnow the list of their 37 golden tickets down to ten finalists, with the those ticket holders performing for a second time.

First up, Giorgi Otiashvili did a take on the João Gilberto classic “The Girl from Ipanema.” Otiashvili did not put the boss in his rendition of the bossa nova song, with judge Natia Todua stopping his performance. The consensus among the judges was that there was promise, but he needed to take a year off to hone in and sharpen his vocal skills, as he was still too raw and unfocused for consideration.

Next up, 19-year-old Mariam Giorgishvili performed a familiar number with some of her friends: Tamta’s “Replay,” a favorite amongst Georgians as Cyprus’s entry for Eurovision 2019 was born in Tbilisi in 1981. Judge David Alidashvili commented positively on the talent and taste of young Georgian artists coming up, and she received a golden ticket as a result.

The next artist Mariam Shengalia was a returnee to Georgian Idol, having auditioned last year. Todua praised her for her growth as a vocalist over the last year and the effort she had put in. Shengalia received a golden ticket for a brave take on Beyonce’s “If I were a boy,” a choice fraught with danger due to Beyonce’s rabid fanbase and the song being written specifically to Beyonce’s strengths, making it difficult for other artists to replicate. Song choice aside, Shengalia showcased enough skill to receive a golden ticket.

A few poignant moments came with the story of the next contestant Mariam Shvangiradze. When asked by Todua about her wrist tattoo, which says “strength,” Mariam said that she was bullied as a child, and retreated into singing and drawing. Instead of figuring out why she was being bullied, other than being different, she said that she decided she was going to convey positivity through song into the world, and that by doing so the world would surely give it back.

She thoroughly impressed the judges with her cover of Lady Gaga’s “A million reasons,” with Alidashvili in particular saying that despite her amazing performance, she is capable of delivering so much more, and they can’t wait to see what else she can do.

As Alidashvili has performed there, he is surely familiar with the old Jack Benny joke “What’s the quickest way to Carnegie Hall? Practice, Practice, Practice.” Evidently Mariam Nozadze did not hear that one, as her acapella take on Jessie J’s “Do it like a dude” particularly irked the judging panel into some of the harshest criticism you will likely hear on an Idol franchise. Alidashvili said that it was clear she did not practice for the audition, and that if she is to continue in music she is going to have to take it seriously and put in effort.

Next up, and a puzzling one by Georgian Idol standards, was a Ukrainian duo by the name of Sirens who did a take on Labelle’s “Lady Marmalade.” While judge David Evgenidze was certainly mesmerized by the appearance of two blonde Ukrainians in red dresses, they question did arise as to how they ended up Georgia. Turns out they moved to Tbilisi for love, and they proved they could sing better in Georgian than in English (their take on Lil Kim’s rap part in the 2001 Christina Aguilera led version was painful) after they received their golden ticket.

A young girl named Albina did a serviceable cover of Amy Winehouse’s “You sent me flying.” I am guessing the judges are not the Winehouse crowd, but Albina earned a golden ticket regardless.

Next up, and this will be a big topic of conversation for Georgians at Eurovision this season, is the well-known and frankly superb Sulkhan Devadze, a fixture of the club and restaurant circuit in the resort city of Batumi.

His beautiful, warm take on the Georgian classic “I bring the sun” has brought a lot of love from Georgians on social media, but his appearance brings up the old debate of whether or not he would work at Eurovision. Two words in response: Salvador Sobral. Evgenidze said that his performance brought tears to his eyes, and that the feeling he gave in the song transported him, and that the feeling could transport anyone in his audience to a place where someone needing recovery from heartache could feel the warmth of the sun take it away. There was also the concern that he may not be able to be paired with “a Eurovision song,” which is a concern Georgians should not worry about. Send your best, Sulkhan is phenomenal. Sulkhan thoroughly deserved his golden ticket.

But in the next round he will have competition, as the contestant we have been waiting for all week performed, and boy did Torike Kipiani bring it. You may recognize Kipiani as the winner of Georgia’s X Factor 2014, and he also participated in Georgia’s national selection for Eurovision in 2017 with “You are my sunshine.” He flopped there, coming in 23rd to Tamara Gachechiladze’s winner “Keep the Faith.” “You are my sunshine” was a crazy industrial rock banger in the spirit of an act like Fudge Tunnel, and it was amazing. Hatari came with something in the same spirit yet far more polished for Iceland this year and were fanboyed to Kingdom Come, but here was Kipiani trying something very different and he bombed.

Anyway, Kipiani did Eric Burdon and the Animals’ classic “House of the Rising Sun,” somehow managing to impart even more intensity into the performance. Todua said it was impossible to grade his performance as she is such a big fan of him. But he did enough to earn a golden ticket.

Judged by famed Georgian musician David Evgenidze, The Voice of Germany 2017 winner Natia Todua, GPB’s First Deputy Director and Head of the European Broadcasting Union (EBU) Gender Balance Initiative Tinatin Berdzenishvili, and piano virtuoso and Julliard alumnus David Aladashvili, Idol will continue next week with more auditions and the final ten will be selected from the golden ticket pool. Be sure to tune in on Georgia’s TV-1 or on the Georgian Idol facebook page.

Who impressed #YOU in this evening’s round of auditions? Do #YOU think Idol is the best method of selection for Georgia? Let us know in the comments below, in our forum, or on social media.