Home 2020 Star of Georgia Season Preview: Will the Idol franchise deliver a successful Eurovision entry at the 2nd attempt? 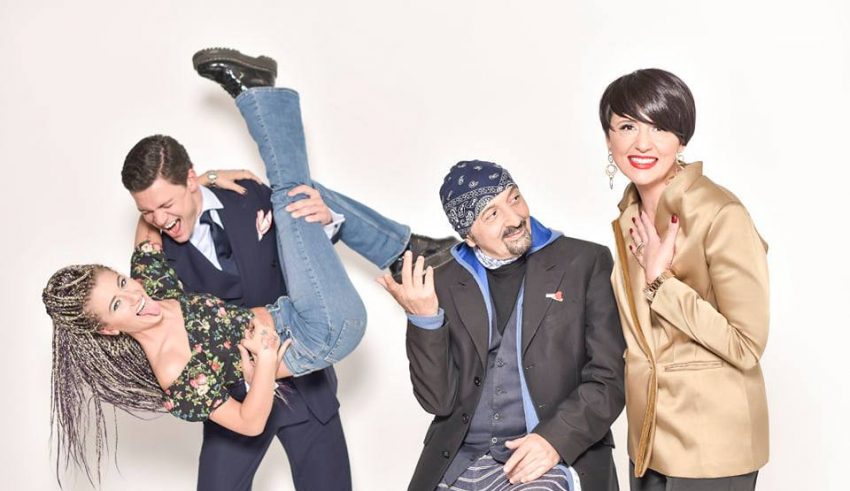 If you are going to try impress the judges at the Georgian version of the Idol franchise, there’s no better place to start than Little Richard’s “Long Tall Sally.”

Though Star of Georgia – or more commonly referred to as Georgian Idol due to it being the Caucasus nation’s edition of the Idol franchise – will kick off on Saturday October 26, 2019 at 22:00 Georgian time, the official page for the show has been slowly feeding us clips from the audition rounds which will take up the first three episodes.

Young Erekle Turkadze knows the esteem that Georgia holds Arnold Schwarzenegger to, hence the obvious use of a song featured in the famous helicopter drop scene from the 1987 classic Predator. Whether it be the Georgian bodybuilding scene or Schwarzenegger, along with Sylvester Stallone and Chuck Norris being the cinematic roundhouse kicks that took down communism in the 1980s, playing “Long Tall Sally” is a welcome reminder to Georgia that the kids appreciate freedom!

Whether he lasts beyond the second cull of the audition rounds remains to be seen, but it is also of note that the very first national selection for the Eurovision 2020 season kicks off soon.

Now this season will be the second time Georgia Public Broadcasting (GPB) has used the Idol franchise as its method of selection for Eurovision. The first winner Oto Nemsadze did not qualify for the Grand Final at Eurovision 2019, repeating their fate after a national final in 2017 and an internal selection in 2018. Though “Sul tsin iare” (“Keep on Going”) did not qualify, Nemsadze’s performance and song were highly regarded in Georgia, and the fault laid at the feet of a callous foreign audience who did not understand or care to understand the song.

It was pretty much a foregone conclusion on the evening of the final, March 3, 2019, that Idol would be used again. During the show, it was announced that the season Idol was attached to Eurovision, achieved the highest ratings ever since TV-1 began producing the Idol franchise (then known as Geostar, with Season 1 in 2008). Georgians were satisfied with the process and the eventual winner, with not much public handwringing at Nemsadze’s non-qualification.

The test of the second season will be on finding a candidate and pairing them with a song that will end Georgia’s run of three consecutive non-qualifications. Now that it has been established that Idol is the method of selection, Georgians will expect results this time around, and to make sure the rubber hits the road in Rotterdam, GPB has made one notable change to the Idol process from last season.

While the singer selection is going to be identical to last year – an audition round, ten selected contestants, and one eliminated every week until the final – the song selection process has been changed. Instead of soliciting song submissions with the finalists picking a song from an approved pool, as happened with Roman Giorgadze’s eventual winner “Sul tsin iare,” the song is being written, or at the very least the composition of the song is being supervised, by famed Georgian musician David Evgenidze, who will also be one of the four judges this year.

Evgenidze was also the head judge of Ranina this year, a similar competition to Idol, but for kids, and Georgia’s method of selection for Junior Eurovision 2019 to be held on November 24, 2019 in Gliwice-Silesia, Poland. Evgenidze also wrote “We Need Love” for Ranina winner Giorgi Rostiashvili, and is also head of music programming at GPB. He has an extensive resume in jazz and pop music recording, as well as in film scores, winning numerous awards for his work on 2005’s The 9th Company, a critically acclaimed Russian war film focusing on a squadron of Soviet Army troops at the tail end of the Soviet Union’s war in Afghanistan.

In addition, another judge coming on to the show is Georgian pianist David Aladashvili, who also made appearances on Ranina. Evgenidze and Aladashvili join returning judges Natia Todua – who won The Voice of Germany in 2017 – and GPB’s First Deputy Director General Tinatin Berdzenishvili, who is also Head of the European Broadcasting Union’s (EBU) Gender Balance Initiative. Stefane Mgebrishvili (of Stefane & 3G fame) and London-based record executive Zaza Shengalia are the two judges being replaced by Evgenidze and Aladashvili.

Aladashvili is a young Georgian prodigy who has a Masters Degree from the famed Julliard school. A passionate young man who is an accomplished pianist and encyclopedic knowledge of classical music. He has been praised in the past for his contagious positivity, and has made it his mission to generate a love of music in young Georgians, setting up the Young for Young Foundation for economically disadvantaged youths to experience and perform music.

How are we to read the addition of Evgenidze and, to a lesser extent, Aladashvili, as it pertains to an indication of strategy for Georgia at Eurovision? The first and most obvious signal is a change in tone. A large number of Eurovision fans described “Sul tsin iare” as belligerent, nationalistic, and angry. That in reality it was none of those three is, unfortunately, neither here nor there as Georgians don’t get to vote for the Georgian entry – foreigners do. The risk of misunderstanding is huge at Eurovision, and it’s a sad fact that entries will be punished if Eurovision fans at large don’t get what you mean. Evgenidze’s “We Need Love” is a bright, poppy which leaves you no room to guess what it is about. It is reasonable to assume, with his discography and history and Aladashvili’s demeanor and extensive knowledge of Western European music, that we will get an entry that lean brighter and not be misconstrued.

That being said, the second signal is that we will be getting something that is unmistakably Georgian in style and in high likelihood in language. You don’t hire someone with Evgenidze’s pedigree to push out a pop schlager club banger. And of course there’s the presence of Todua, with probably not at all coincidental timing, who just released a song called “Georgia”. Though Idol is technically open to foreigners to enter, according to Berdzenishvili, in a competition that has singers do challenges with Georgian artists or perform Georgian classics (Shavnibada and the songs of Irakli Charkviani were in recent contests), it is highly unlikely a non-Georgian or someone who cannot perform in Georgian will do well.

Berdzenishvili also revealed in an interview with Ambebi.ge that “this year we have many talented young people, including celebrities and winners of several other projects.” So as with last season, expect veterans of other contests (Nemsadze’s win was not even his first win at Georgian Idol, having won the 2011 version as well). Of last season’s final ten, only one (Tamar Lachkepiani) did not have experience in an Idol, X-Factor, The Voice, prior Eurovision National Finals (Nemsadze a veteran of 2017) or Junior Eurovision competition. It was her being brand new to televised competition that earned Lachkepiani quite a following during the show’s run, so expect one or two newcomers to be added to the final ten.

And being an Idol franchise, expect intrigue and drama. Last year, Liza Kalandadze came in second place and you may recall that one of her supporters shown and interviewed was her twin sister Nika. Well Nika is now auditioning and she performs a Billie Eilish song for the judges. Could we also have another sibling surprise in Beso Nemsadze, who tanked in the first post-audition round last season, despite being a well-known and renowned singer in Georgia? I would not put it past Berdzenishvili to have arranged such a surprise for this season.

Tune in to TV-1 Georgia at 22:00 Georgian Time to see how the selection unfolds. For those not in Georgia, the show will stream live and be available for viewing afterwards on Star of Georgia’s Facebook page, along with highlights and clips updated as the show is screened.

Do #YOU think Idol is a good format for selecting Georgia’s Eurovision performer? Do #YOU think David Evgenidze is the right person to supervise the song composition? Let us know in the comments below, in our forum, or on social media.