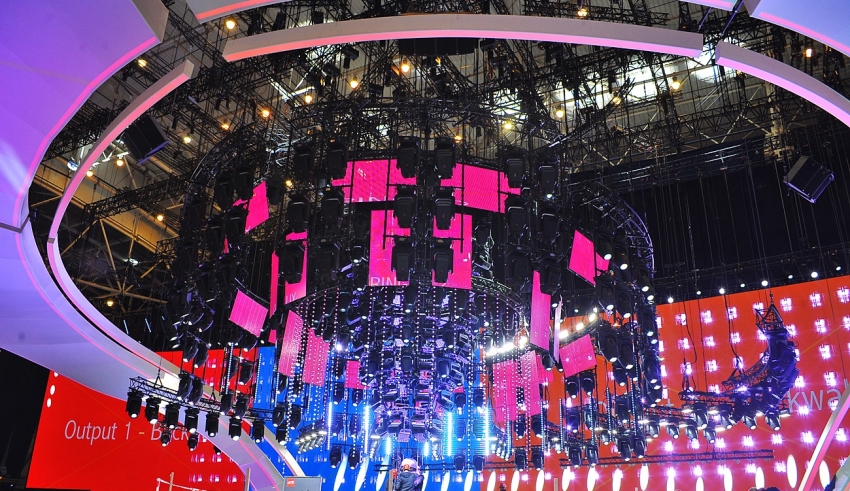 The construction of the stage in Kiev’s International Exhibition Centre in recent weeks has been the dominant source of excitement for us for a while now, and this week the stage was completed! Technical rehearsals have now began on the stage and it’s all starting to come together very nicely…

The stage is largest since Copenhagen’s in 2014 and is situated in similar surroundings with a large empty space made into a makeshift arena for the contest. The Ukrainian broadcaster UA:PBC has released more photos of the stage during its technical run-through, which can be seen below. We personally think the stage is beautiful, and can’t wait to see it in person!

What do #YOU think of the stage? Have Ukraine and the EBU production team done well in 2017?