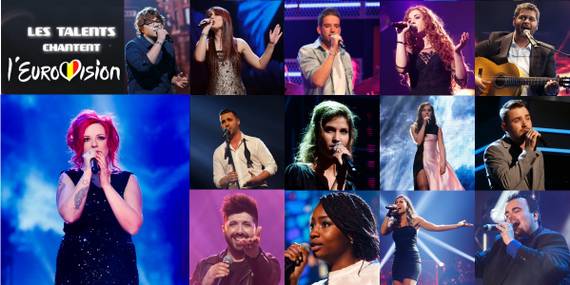 The Walloonian broadcaster in Belgium, RTBF, is preparing a special celebration show of the Eurovision Song Contest in the lead up to the contest in a few weeks in Kiev. The show will feature past Eurovision winners and participants as well as showcasing the upcoming talent from The Voice Belgique, which has provided the three most recent Belgian participants in the contest.

Les Talents Chantent l’Eurovision will be held at the MédiaRives studio in Liège on Tuesday 2nd May from 19:00 CET, as the performers come together to perform the best hits of the contest in a similar vein to the BBC’s celebration anniversary show in 2015.

Belgium’s only Eurovision winner Sandra Kim is expected to perform, as well as Irish legend Johnny Logan, Belgium’s 2010 hero Tom Dice and the Belgian representative in Copenhagen, Axel Hirsoux. A host of performers from The Voice will celebrate the country’s love for the contest as well.

Maureen Louys and Jean-Louis Lahaye will present the show which will also feature archive footage of the competition.

Belgium will this year be represented by Blanche who remains one of the favourites with “City Lights”, which you can check out in all its glory below…

Will #YOU be watching the Belgian celebration show? Make your voice heard and tell us!