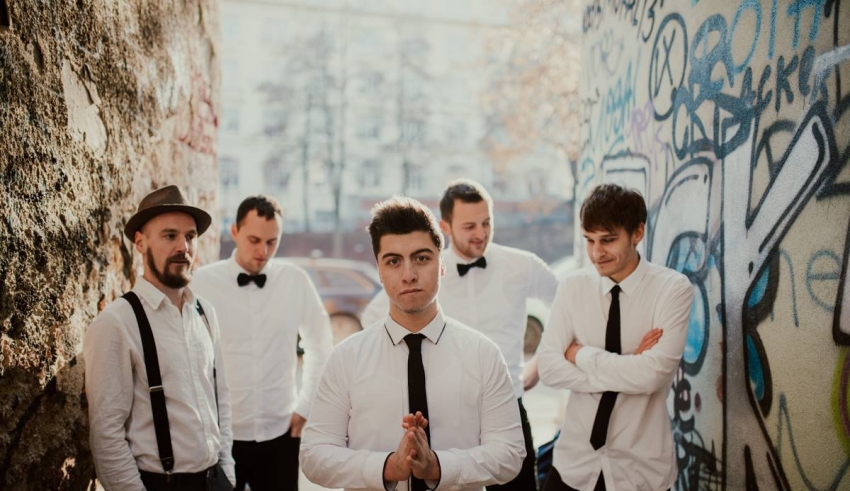 In a bit more than a month EMA will kick off with a semifinal on February 17th and the final a week later. Both shows will be held in RTV SLO’s studios in Ljubljana without an audience. One of the sixteen acts that will compete is the band Proper, made of five charming guys. Their lead vocalist, Luka Sešek, won the fourth season of Your Face Sounds Familiar. Here is what the guys had to say for our website.

Can you tell us who Proper are in just two sentences?

– We are a group of friends and musicians, who like to write and play for ourselves and for our listeners. We released our first song at the end of 2016. and the next goal (apart from EMA) is to release an album later in 2018.

When and why did you decide to apply for EMA?

– We decided to apply for EMA when we found out we had an appropriate song for the festival. Why? Because it’s hard to resist the temptation to be heard!

What can you tell us about your EMA song?

– Our EMA song is based on a secretive story that contains both intimate and epic character. We tried to bring these together and present it as one reality with two faces.

What is your first Eurovision memory?

– We, as a group, don’t have one single memory, but it could be said we all remember the stunning piano solo in Nuša Derenda’s song “Energy” in 2001, the highest ranking Slovenian participant in Eurovision.

– Salvador & Luisa Sobral’s “Amar pelos dois” is out of the league.

– Some of us are students and others employed, so it’s hard to construct a single typical day out of this. Let’s just say we all have a lot to do with music.

Would you be so kind to tell us something interesting about you guys?

– Currently, we are doing last minute production. A few days before the deadline we usually work like mad from morning to morning, even though we could have finished the project days before. Suitable for a new year resolution, not to leave things to be done in last minute!

Do you have any message for Eurovision fans all around the world?

– Explore! In music, in art, in life. Just explore.

Will #YOU support Proper guys in EMA this February? Share your thoughts with us on our forum HERE or join the discussion below and on social media @escYOUnited!