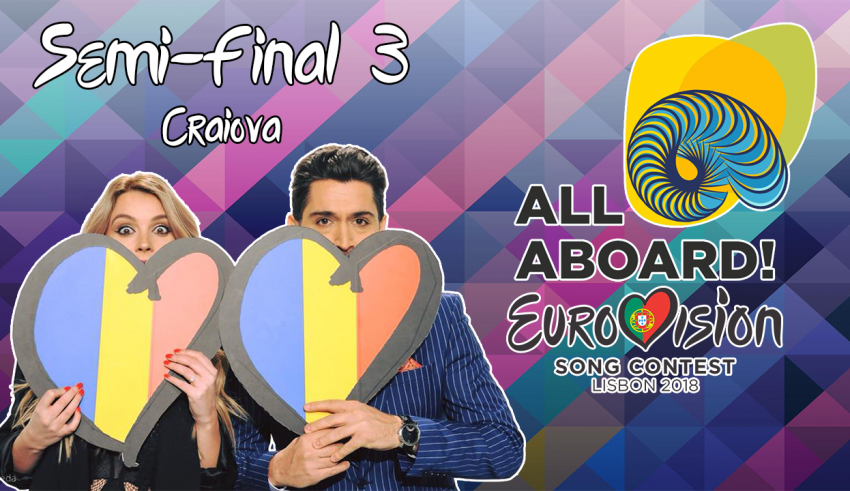 Tonight, we continued the Romanian version of Melodifestivalen, or as we know it, simply just as Selecția Națională 2018. Tonight’s show took place in the city of Craiova, and here another 12 acts performed for another 3 spots in the final.

After a fast opening, we were once again welcomed by our lovely host couple, consisting of Diana Dumitrescu & Cezar Ouatu. We’re into our 3rd week, so if you’ve been watching along, then you gotta admit, they are quite a couple, which they also showed during multiple recorded segments during tonight’s show.

Once again there were 12 acts, but only 3 spots in the final, which will take place in Bucharest on the 25th of February. These were the 12 lucky names of tonight:

Among tonights acts, then we can mention one name, which is Xandra who took part in Selecția Națională last year with the song “Walk On By“, last year she finished in 5th place in the final.

As in every semi-final in Romania this year, the jury would decide who would select 3 finalists for tonight, as they remained the same. In case you need a reminder, they are:

Each member of the jury awarded one set of Eurovision points, which is one set of 12, 10 and 8 down to 1 points. Meaning that 60 points is the maximum possible score.

Tonights interval acts consisted of Dan Helciug who hosted last years Selecția Națională, Mihaela Alexa and the band FreeStay, who performed some of their songs, as well some Eurovision covers.

Unlike the past 2 weeks, TVR managed to keep a live scoreboard on for a good amount of time, but not until the end, and this time we didn’t even get of scoreboard of the top 3, so the picture above has to do it.

In any case, the top 3 finished as follow, with two acts tying for 1st place.

Despite the tie in the top, Xandra was still announced as the runner-up, while Erminio & Tiziana were announced as the winners. VYROS was praised by the jury, to be the only singer with a Romanian song tonight.

Unfortunately, this means that another early fan favorite will be leaving, which is Elena Hazna who was expected to be a sure finalist.

We are now halfway through the Romanian national final, and so we still have 2 more semi-finals and the grand final to go. We’ll see next week in the salt mines in Turda!

What do #YOU think of tonights 3 winners, and are #YOU starting to look forward to the Romanian national final? Share your thoughts on our forum HERE or join the discussion below and on social media!