Home 2020 Romania: Roxen will sing “Alcohol You” in Rotterdam! 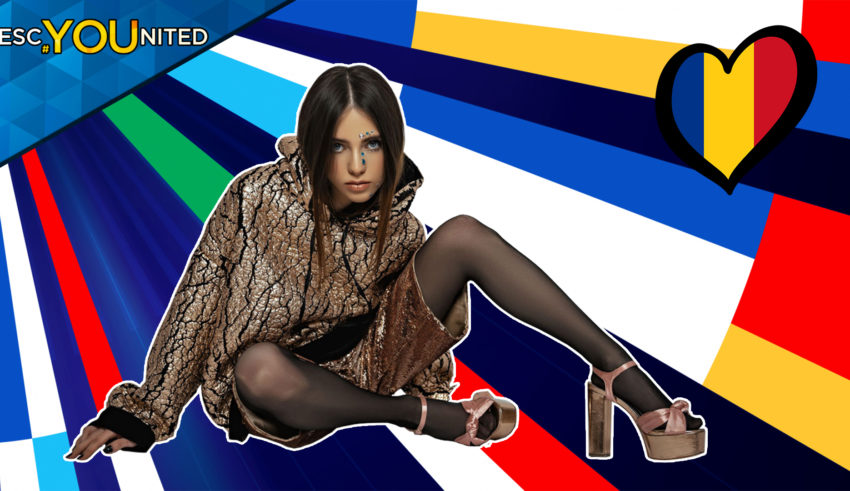 About 3 weeks ago, she was announced as the Romanian representative, then a bit over a week ago, she released her 5 potential songs and tonight it was all decided which song she would sing in Rotterdam.

The national final of Romania took place tonight and for the first time ever, the singer was internally selected, but the song was picked by the public and a professional jury. The show was hosted by Connect-R (Moldova 2006) & Elena Gheorghe (Romania 2009).

Roxen was internally selected to represent Romania and with that, she performed the 5 following songs for the Romanian audience in the following order:

In between each of Roxen‘s performances of her potential songs, a guest artist would then come on stage and entertain viewers. Dora Gaitanovici entered the stage first, where she performed a medley of past Romanian Eurovision songs. The second guest performer was Connect-R who performed some of his biggest Romanian hits. Next up was the invited acts for ESC 2020, Natalia Gordienko performed “Prison“, Sandro DIDN’T perform “Running“, but instead a cover version of “Fuego“, Ulrikke Brandstorp performed “Attention“… and Conchita Wurst (Well, an impersonator did) performed?? Then finally Elena Gheorghe took to the stage to perform some of her hits, which included “The Balkan Girls“.

After Roxen finally had performed all her 5 songs, it was time to start the voting and while the votes were rolling in, Loreen was given the stage to perform some of her hits to the viewers and of course it ended with her mega hit “Euphoria“.

The song to represent Romania was selected by both the jury and the televote with each parties having 50% of the final outcome.

The jury consisted of the following 5 personalities:

Each jury member would rank all the songs performed, with the best scored song receiving 5 points, the second best 3 points, the third best 2 points, the 4th best song 1 point and finally, the lowest ranked song getting 0 points.

The televote results wasn’t revealed immediately, but instead the winning song was announced to be… “Alcohol You“!

It was then revealed that the televote had ranked as follow:

Resulting in the following songs being ranked as follow:

Roxen even revealed after the results, after Elena Gheorghe asked, that her personal favorite was actually “Alcohol You“.

What do #YOU think of the selected song for Romania and do #YOU think Roxen can deliver the song on the stage in Rotterdam? So many questions which we’d like #YOU to answer on our forum HERE on our any of our social media sites