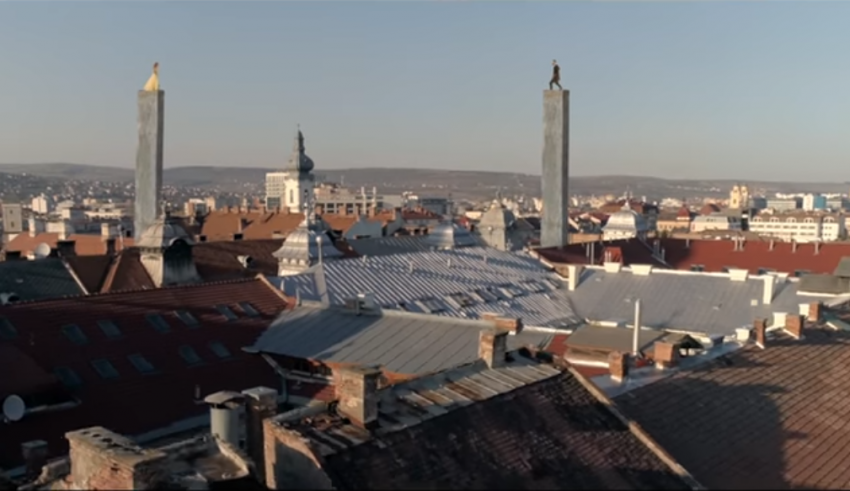 It’s one of the love-hate songs of the year, but after the video release, the song has gone up a notch in epicness! The official music video for Ilinca’s duet with Alex Florea, “Yodel It!” has finally been released, and it is as eye-catching as the song is attention-grabbing.

The video sees Alex Florea begin the song performing on a large stone column towering over Cluj-Napoca, with Ilinca walking through the streets below. As the chorus begins she is risen up on a similar column to perform the song to Florea while bemused passers-by look on. It’s all very cinematic!

The video can be seen below;

What do #YOU think of the Romanian music video and the song? Share your thoughts with us!