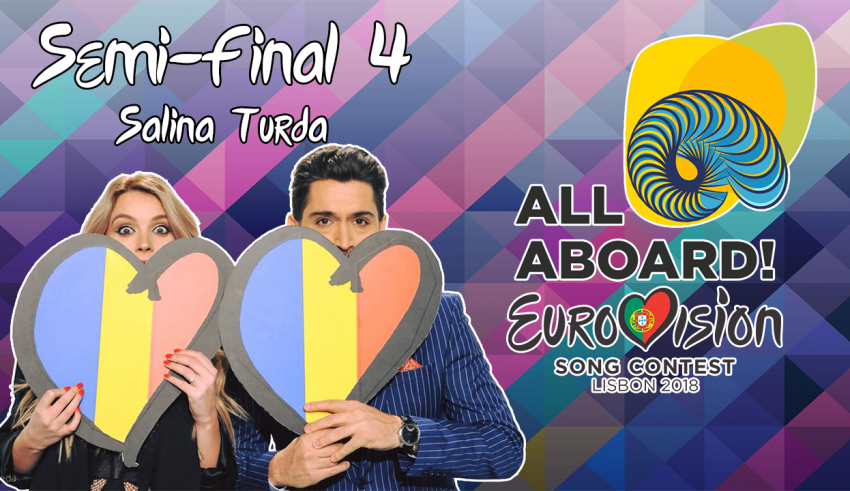 We’re into the 4th week of this years Selecția Națională, and we are getting closer and closer to the end. Tonight we had the 4th semi-final, so there is now only 1 semi-final left, before we finally get to know who will represent Romania at the Eurovision Song Contest in Lisbon.

Tonight’s edition of Selecția Națională 2018 was with no doubt a very unique show, since the show took place in the salt mines of the city Turda. If you should ever visit Romania, then this is worth a visit, and, as always, the show was hosted by Diana Dumitrescu & Cezar Ouatu.

Like in every semi-final (except the first semi-final, due to a withdrawal), another 12 acts had to compete and win the hearts of the juries in order to qualify for the Grand Final; these acts competed in tonights semi-final:

The big name of tonight is with no doubt Feli, who participated in The Voice Romania in 2012 and became an early favorite to represent Romania this year with her incredible singing skills. However, there were doubts before tonight, if she would even participate due to the recent death of her father. On behalf of the entire team, we wish her all the best in this difficult time.

The show featured the same jury members as the past 3 shows who decided tonight’s finalists. They are:

The voting also remained the same as in the past 3 weeks, with each jury member rewarding 12, 10 & 8 down to 1 points. This meant that a perfect score would be 60 points.

Among tonight’s interval acts, we had the pleasure of seeing Elena Gheorghe, who represented Romania back in 2009 with the song “The Balkan Girls.” She gave a mini-concert for the viewers and the audience in the salt mines, performing some of her big hits from after her Eurovision participation.

Sometimes you just never learn, but at least you try. Our dear hosts tried to keep some sort of tension when announcing the finalists, despite it being very obvious if you payed attention to the scoreboard while you could during the voting.

Anyways, these 3 names will now take part in the final:

The one big name and big fan favorite tonight was Feli, and she managed to be among the qualifiers, but it wasn’t all easy, since she finished 3rd, tying with TIRI, who finished on the same score. Claudia Andas dominated with the juries, scoring 56 points and 4 times 12 points; only Ilinca gave her 8 points.

Next week, we have the very last semi-final of Selecția Națională, and the show will take place in Sighișoara!

Who do #YOU prefer the most of the 12 known finalists, and who was your favorite from this semi-final? As always, share your thoughts on our forum HERE or join the discussion below and on social media!