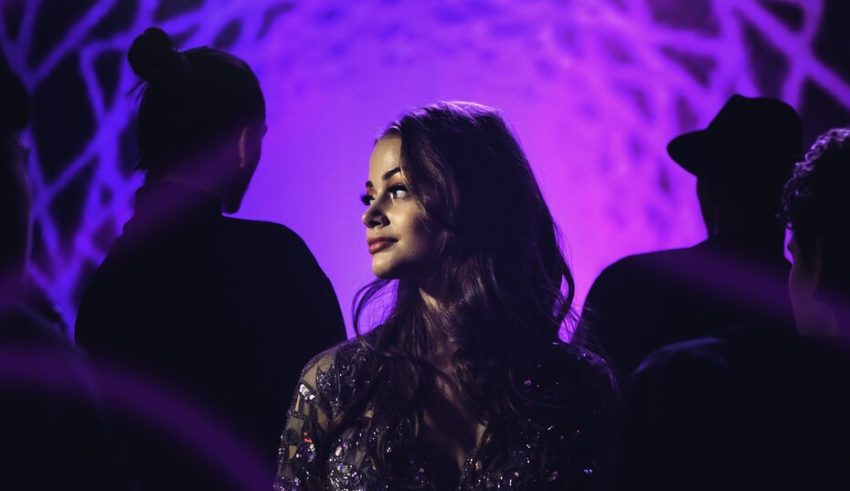 Today it’s the turn of Greece’s Stefania, who showed her talents from an early age in her home country of the Netherlands, and is certainly making waves in the Dutch and Greek music scenes…

She may be representing Greece in this year’s contest, but the Rotterdam competition will be a lot closer to home for her than most, with the singer’s roots very much based in the Netherlands.

Born in Utrecht on 17th December 2002, Stefania Liberakakis’ family originate from Thourio in Greece, near the north-eastern border with Turkey, and both backgrounds seem to have had a strong influence on her career to date.

Stefania’s first major moments in the spotlight came in 2013, when she had a brief spell as a contestant on the Dutch series of The Voice Kids, being eliminated in the battle rounds as part of Marco Borsato’s team. She subsequently joined Kinderen voor Kinderen, a popular long-running children’s choir in the Netherlands, and was a member of the choir for two years.

After her Junior Eurovision participation (we will come to that later), Stefania grew her profile with various covers and other content on YouTube and TikTok, before launching her solo career as an artist in 2018, releasing “Stupid Reasons”. This was swiftly followed by three more tracks in 2019; “Wonder”, “I’m Sorry (Whoops!)” and “Turn Around”.

Stefania capped off a successful 2019 with a performance of “Con calma” with Ilenia Williams and Konnie Metaxa at the MAD VMAs, one of Greece’s largest award shows for music. She has also acted in the Netherlands, appearing in the mockumentary “Brugklas” and its subsequent film, “De tijd van m’n leven” in 2019, among other singing roles.

How did Stefania get to Rotterdam?

Stefania’s Eurovision journey may be familiar to many already, with her first foray into the contest taking place in 2016 as part of the group Kisses. The trio, which also included Kymora Sade and Sterre Koning, were chosen to represent the Netherlands in that year’s Junior Eurovision Song Contest in Valletta, finishing 8th.

Following her solo exploits and growing profile as a singer in 2019, the Greek national broadcaster ERT invited Stefania to be their representative for Eurovision 2020, and she was confirmed as the chosen entrant on February 3rd. The uptempo track, “Superg!rl” was released on March 1st 2020, with an impressive team backing the entry; nine-time Eurovision composer Dimitris Kontopoulos, Sharon Vaughn and the ARCADE production team.

Upon cancellation of the 2020 contest on March 18th, the Greek broadcaster ERT confirmed Stefania’s place at the 2021 contest, allowing the singer a whole year to work on her Rotterdam entry. In this time, Stefania released two more singles, “Friday” and “Swipe”, a collaboration with Rein van Duivenboden.

The same production and composer team was installed for Greece’s 2021 entry, with an ERT panel deciding on the entry at the back end of 2020. The new Greek entry, the 80s synth inspired “Last Dance”, was finally revealed on 10th March with a well-produced music video directed by Konstantinos Karydas. On the video, Karydas said “Using elements from Greek mythology, such as Pegasus and Atlas, given in a dreamy, but at the same time modern way, the central message of the song is highlighted, which is the phrase “Every end is always a new beginning””.

How has Stefania been preparing for Eurovision since her selection?

Upon the release of “Last Dance”, Stefania received significant exposure from Spotify, with the song added to the New Music Friday playlists of Greece, the Netherlands and Belgium.

Stefania’s time at Dimitris Kontopoulos’ studio in March coincided with a meeting with Greece’s only Eurovision winner, Helena Paparizou, with the young singer hoping “I can make all Greeks proud as you have made all of us”. The following weekend, Stefania and the Greek delegation flew to Sofia, Bulgaria to record the official on-tape performance of “Last Dance”, alongside delegations from Bulgaria, Cyprus, Malta and Moldova.

As March turned into April, Stefania joined Willeke Alberti, Cornald Maas and Paul de Leeuw on NPO 1’s talkshow “De Vooravond”, discussing the greatest Dutch Eurovision entries of all time. The following day, Stefania was present in Rotterdam as the Eurovision countdown clock hit 50, at an event to mark 50 days until the Eurovision final and the 50 year anniversary of this year’s venue, the Rotterdam Ahoy.

And while it’s just rumour at this stage, popular Greek-leaning website Eurovision Fun is teasing that the stage performance of “Last Dance” may well be a ground-breaking performance for the contest. “There is a Eurovision act that are going to take a huge risk with their stage performance. I have seen video recordings coming from a little gym somewhere in Europe. If their plans work we are going to see something that hasn’t been done before I think.” We will have to wait and see…

Greece’s Stefania will perform “Last Dance” in the second semi-final of Eurovision 2021 on May 20th, performing fourth on the night.

What do #YOU think of Greece’s entry for 2021? Share your thoughts on this article in the comments below, on our forum HERE and on social media!