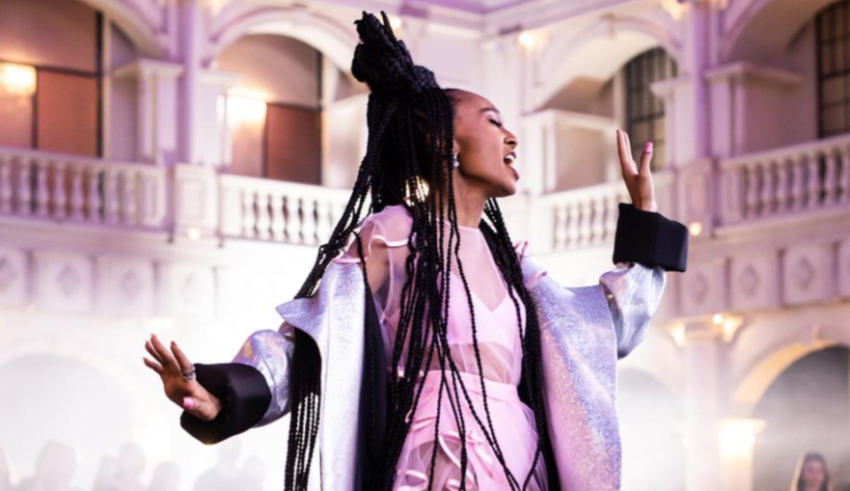 The first of two profiles today is for Eden Alene, the rising talent in Israel proudly representing her heritage and wowing us all with her talents in the lead up to Rotterdam. Find out all about Eden’s journey to Eurovision below!

Who is Eden Alene?

Eden Alene is one of the youngest singers in this year’s competition but has already made her mark as a force to be reckoned with. Born in the Katamon neighbourhood of Jerusalem on 7th May 2000 to Ethopian-Jewish parents, who had both emigrated to Israel from Ethiopia separately, Eden’s first steps in the music industry coincided with joining a local young adult choir – the YMCA Jerusalem Youth Chorus – designed to showcase to collective efforts of those from different religious and ethnic backgrounds coming together.

Eden studied ballet for 11 years while growing up but decided to pursue a music career after beginning vocal lessons, and entered Israel’s version of The X Factor in late 2017, eventually winning the show’s final in January 2018. Following her victory, she enlisted in the Israel Defense Forces and served in the IDF choir as a singer.

In 2019, Eden Alene performed at the Independence Day celebrations of the Israelis, on the 71st anniversary of the establishment of the state, and also released a cover of Brotherhood of Man’s “Save Your Kisses for Me” as part of Israel’s preparations for hosting the Eurovision Song Contest 2019 in Tel Aviv. Her two solo singles prior to Eurovision participation were “Better” in 2018 and “When It Comes To You” in 2019.

How did Eden get to Rotterdam?

Eden entered HaKokhav HaBa (Rising Star), the show that had been put into place to select Israel’s representative in Eurovision since 2015, beginning with the auditions stages in 2019. Eden first appeared in the competition on 23rd November, performing Sia’s “Alive” and earning 87% approval from the jury and app voters at home.

In total, Eden gave thirteen performances throughout the competition’s duration, before being chosen as the winner of HaKokhav HaBa 2020 ahead of Orr Amrami-Brockman and Ella-Lee Lahav on 4th February.

The next step on Eden’s Eurovision journey involved a new special program, HaShir HaBa L’Eurovizion, to decide her entry for the contest. Four candidate songs were unveiled on 27th February – “Feker Libi”, “Rakata”, “Roots” and “Savior in the Sound”. The multilingual “Feker Libi” emerged as the choice for Israel on 3rd March, with the Doron Medalie and Idan Raichel-penned track sweeping the televote.

A few weeks after the choice, the emerging COVID-19 pandemic saw to the cancellation of Eurovision 2020, with KAN confirming that Eden would stay on as the Israeli representative four days later on March 22nd.

Following the cancelled contest, Eden Alene collaborated with Shlomi Shabat on “מה אתה עובר” (“What Are You Going Through”), a campaign song for the release of the detained Avera Mengistu.

On 16th September 2020, KAN opened a submission process for songs for Eden to perform in HaShir Shelanu L’Eurovizion, and 220 demos were received and evaluated by a committee of KAN directors, music experts and the Eurovision head of delegation for Israel.

Nine demos remained, with three being chosen to be recorded by Eden Alene for the national selection; “La La Love”, “Set Me Free” and “Ue La La”. While the other two entries finished in the top two of the initial online vote, it was in fact the jury save, “Set Me Free”, which would go on to Rotterdam, earning 71% of the public vote.

How has Eden been preparing for Eurovision since her selection?

Once the song had been chosen for Eurovision 2021, Eden and her team quickly got to work on fine-tuning the selected entry. With Israel’s song being just the second confirmed entry of the 2021 contest, there was plenty of time to revamp.

And revamped it was, with the final version of “Set Me Free” landing on 26th March, featuring some lyrical and structural changes, a punchier beat and also featuring an impressive B6 whistle note from Eden, which some believe may be the highest note in Eurovision Song Contest history.

Eden shared a video of her practicing the whistle note on 28th March, while visiting Ein Gedi near the Dead Sea, as she continued her preparations for Eurovision 2021.

Israel’s Eden Alene will perform “Set Me Free” in the first semi-final of Eurovision 2021 on May 18th, performing twelfth on the night.

What do #YOU think of Israel’s entry for 2021? Share your thoughts on this article in the comments below, on our forum HERE and on social media!