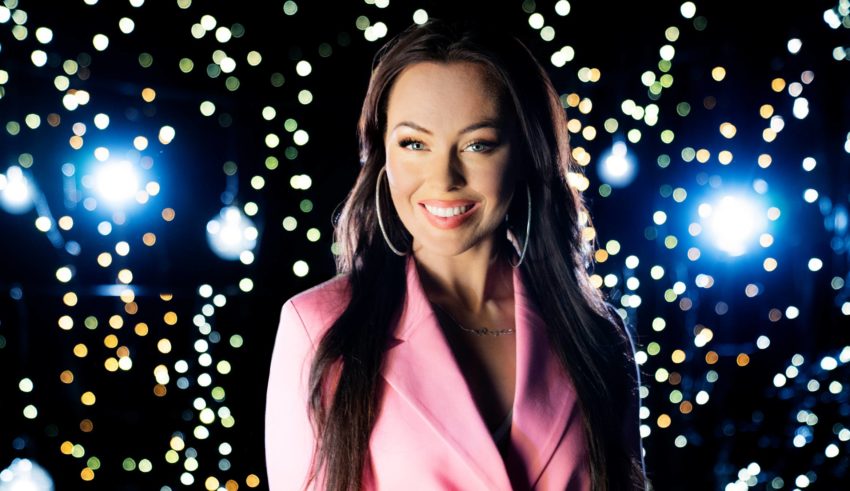 One of the most anticipated national selections kicked off tonight with it’s first semi-final. The show would consist of 4 artists and 1 would come out victorious to join the 5 acts that are already selected for the final.

The show kicked off with a draw in which the 2 battles would be determined. The first to appear on stage would be  Geirmund with “Come Alive”. His opponent was later determined to be Lisa Borud with her song “Talking About Us”. The other battle would be opened by Kim Rysstad with his song “Rainbow” who would face off against the final song “Wild” by Raylee.

Geirmund started off with a clean delivery of his song with a red and black focused performance with 2 “waterdrummers’ as main staging attraction. After that Lisa Borud took to the stage with blue clothing accompanied by a dancer which later became five. after that there were only about 3 minutes to get your votes in for your favourite. The crows seemed to be a massive fan of Lisa Borud and that was backed up by the result that was nearlyt immediately given. Lisa would move on to the night’s final.

After a short intermission where the already-placed-finalist Sondrey was interviewed we immediately moved on to battle 2. Kim Rysstad kicked it off with his song “Rainbow”. His staging consisted of a golden curtain behind him while he wore a black suit with some yellow/gold details. With a spotlight shining on his face throughout the song and a fireworks endshow he didn’t fail to deliver his song “Rainbow”. Raylee was next with “Wild”. She chose to enter the stage with a skin/bronze-colored outfit. She was accompanied with 2 female dancers at first after which 2 male dancers joined in. She had an LED display behind her with lots of animal/nature pictures and video’s shown. Add some fire to the ending and we have yet another good performance where the crowd went wild! Another quick break later and it was revealed that Raylee took the win in this battle!

The final would be Lisa Borud vs Raylee, but first time for a Sondrey-promo again after which he performed his song “Take My Time”. He was accompanied with 4 dancers, but I won’t spoiler much more then that! Just check it out when it is officially released!

Finals time! Lisa Borud started off the final with another good performance and the crowd went balistic again with the cheers. A tough animal to tame for Raylee who would perform second. (pun intended) She didn’t fail and delivered another slick performance. The crowd went about equally “wild” for her performance so it promised to be a close fight. (2-0 in puns by the way) Time to reveal the results and after some nice suspense the winner was revealed to be Raylee.

Raylee will move on to the final with her song “Wild” (Thank you Norway for giving me more pun-material) on the 15th of february! There she will compete against Sondrey, 4 other finalists and 4 winners of the other semi-finals. In my eyes it was refreshing to see a show like this, Ihad a blast watching!

What did #YOU think about the first Norwegian show and it’s winner? Do #YOU agree or did somebody else deserve to win? Join the conversation with other Eurovision fans on our forum HERE, or below in the comments and on social media!