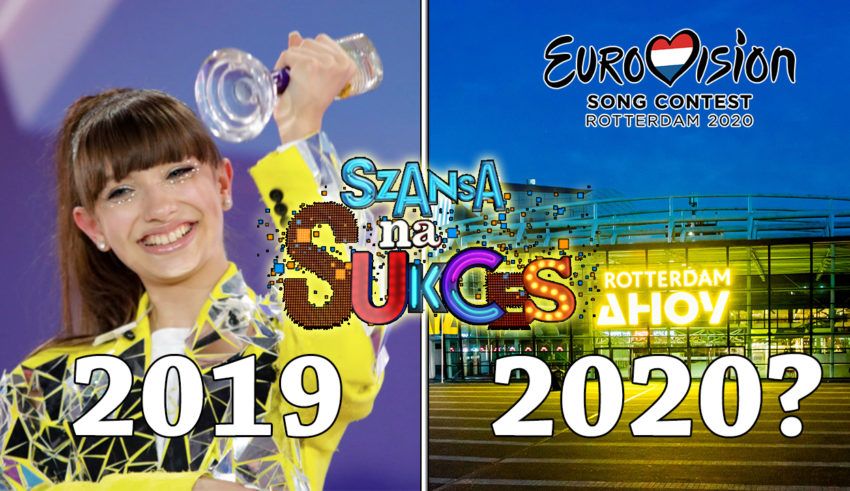 When you’re succesful at Junior Eurovision and less successful at Eurovision, what would the logical solution to turn this bad luck be? Well, according to TVP (National broadcaster of Poland), you just try and do the same, but will it work?

In Junior Eurovision, Poland has managed to do something that has never been done before, which is defending their winning title. In November 2019, Poland became the first nation with a back-to-back victory at the junior contest, but can this success really be placed into the adult version as well?

It’s worth a try at least, and on the other, this also confirms that a national final will take place in Poland, so go ahead and mark your calendar right away, since Poland will decide on their entry on the 23rd of February.

Anyhow, how did all of this happen to begin with? Well, let’s just say that Jacek Kurski (Chairman of TVP) is really feeling the Eurovision spirit lately. Poland last held a national final back in 2018, back then Gromee & Lukas Meijer was selected to represent the country with “Light Me Up“. Unfortunately, they failed to qualify to the final on behalf of Poland for the first time since the country returned in 2014, then in 2019, TVP decided to pick Tulia with their song “Fire of Love (Pali sie)“internally instead, which also failed to qualify.

Either way, it didn’t like good for Poland the past two years. On the other hand, in 2018, Roksana Węgiel was picked internally to sing at the junior edition, which she ended up winning, which was a huge deal in Poland. Not only did TVP go all in to host the best show they could in 2019, they went all in hoping that they could defend the title on home soil, which they did when they picked Viki Gabor. Enter the show “Szansa Na Sukces“.

This show, was the format that secured Poland the back-to-back victory and now they wanna move that success to the adult version of the song contest.

Below you can see the post that confirms that the show will be used as the national final (it’s all in Polish), and it will pretty much work the same way as it did for the kids version.

The selection will consist of a total of 4 shows, with 3 semi-final taking place before the final. Each show will be aired every Sunday starting on the 4th of February and will last until the 23rd of February 2020.

General rules are fairly simple, anyone can apply as long they are Polish citizens. The aim of the show is more to find an artist that can shine on the stage, therefor it is not required to submit a song for anyone interested.

In each of the 3 semi-finals, there will be either 6 or 7 artists singing a cover of a song from an guest artist. This means that a total of 18 to 21 participants are expected to take part. However, only the winner of each semi-final will advance to the final, meaning that only 3 artists will perform in the final. All the finalists will be picked be the jury panel, meaning there will be no televote in the semi-final.

On the other hand, in the final which takes place on the 23rd of February, the few competing artists will once again perform a cover song, but also their intended Eurovision candidate song, and here will the televote have an influence on the final outcome.

If you’re Polish and have always dreamed about this chance, well then here is your chance for success, but interested better hurry up, cause the deadline for signing up is set to the 13th of January 2020.

As mentioned earlier, Tulia got to represent Poland last year in Tel-Aviv with their song “Fire Of Love (Pali się)“. As mentioned earlier as well, they didn’t manage to qualify to the grand final, since they finished only 2 points behind of qualification in the first semi-final with a total of 120 points, overall ending on 11th place in the semi-final.

How do #YOU judge Poland’s chances with this new national final and do #YOU think Poland is onto something? Feel free to drop by our forum HERE or our social media sites and share your thoughts