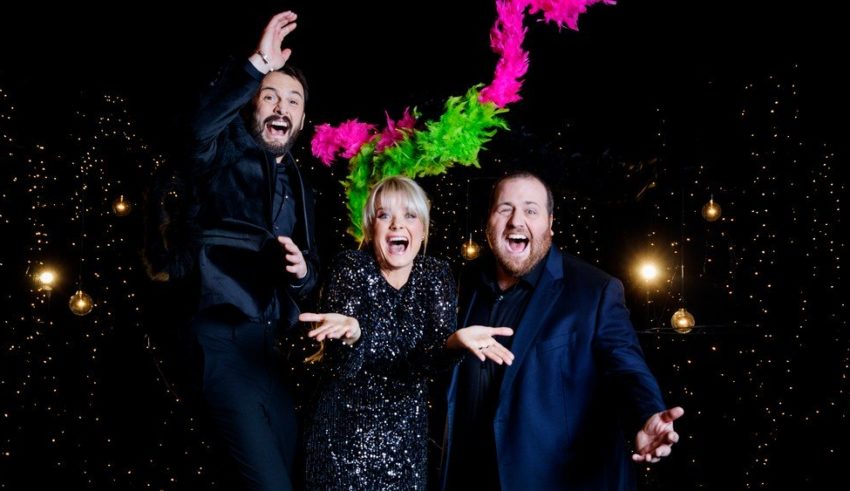 Yesterday was a day filled with excitement and anticipation as we added three new songs and artists to the Eurovision line-up. Those feelings were extremely high in Norway, where 10 strong songs were going head to head for the chance to go to Rotterdam in the 60th edition of Melodi Grand Prix. The show was meant to be a celebration of Norwegian music and be a show worth remembering, but not for the reason it will be.

After all ten artists had performed on stage, the online voting was set to be released on NRK’s website. Except, when most fans went to access the voting there were met with errors in Norwegian. The MGP twitter released a tweet during the voting sequence saying: “As you may have noticed, we have not been able to receive the votes via net. Therefore, a preselected popular jury will vote for the gold finalists.” Their votes, however, were cast using the studio versions of the songs and not the live performances in the final.

That popular jury consisted of 30 individuals from across Norway and of all ages and genders, and were regular tv viewers not music experts. So you’d think they would represent the popular opinion of Norway, but the result of the qualifiers enraged the Norwegian public. According to posts on the Facebook group Eurovision Norway Diskusjonsforum, posts errupted accusing NRK of rigging the selection, called the event a scandal, indicated they would never vote in MGP again, and mentioned many times that they wanted NRK out of Eurovision. Some fans – in Norway and abroad – called for the resignation of MGP Project Manager Stig Karlsen. The public it seems was not happy.

And rightfully so, it is understandable why they would be so upset. They were told they would have the sole power to select their Eurovision entry this year after the international jury almost stopped KEiiNO from going to Eurovision in 2019. They trusted NRK, and in return their voice got squashed. It all makes sense.

But it’s not just the public who had a negative reaction. The participants have also come out with reactions to the popular jury deciding the qualifiers. One of those artists was Akuvi who shared her feelings live on Instagram.

I feel so bad for all the artists #nrkmgp pic.twitter.com/Q23V9jUQXC

Tone Damli also had something to say about the way things were selected on her Instagram. She was very clear to mention “Ulrikke’s song attention is a fantastic song and a worthy winner of MGP…..[but] I’m not happy. For so long I have [worked] for this great circus. I have spent day and night and energy, and then it should end like that. I am not bitter to not be among the top 4, I saw that coming. I’m just so damn p*ssed off the way it was done! As I have understood, there are 30 people who have decided the outcome of the competition, and this [was] before we were standing on stage in the final. It would be that what we artists performed in the finals did not have sh*t to say.” You can read her full post below.

Rein Alexander had a more “playful” post, choosing to take the results as they were rather than show anger or his upset feelings. He wrote: “That you so much for all your support through the melodi grand prix adventure! I and the rest of the team are very much appreciated. If anyone is wondering what happened, NRK had technical problems. So it wasn’t the audience this time that got to vote its favorite further, but a chosen jury. So it was in no way their effort it stood on. Congratulations to Ulrikke.”

But according to project manager Stig Karlsen, the artists were made aware on January 10th that the plan B was always to use a popular jury. When asked about the voting issue, he mentioned that:

““When there is such a large and complex production as this, things can go wrong and unfortunately the technical side wasn’t with us today. We had to use a public jury that has been prepared for such kind of situations. It was used to select four artists, then it was the audience that voted. We received over 700,000 votes in the last round.”

Karlsen also responded to the demand that a revote needed to occur. He said in a statement:

“I understand there is a big commitment out there, and that some opinions are not heard. But now it was the big favourite… Ulrikke has been a clear favourite with both bookmakers and fans. She’s got high rolls. But I understand people are upset. MGP is a show that creates engagement.”

Things got worse when the voting went down again during the gold superfinal, as boos were reported in the arena and a few fans were unable to cast votes. Despite all this, Ulrikke won the gold superfinal and will be heading to Rotterdam this May.

What do #YOU think of the voting issues that happened in Melodi Grand Prix? Do you think the result would have been the same? Let us know in the comments, on social media, or on our forum!