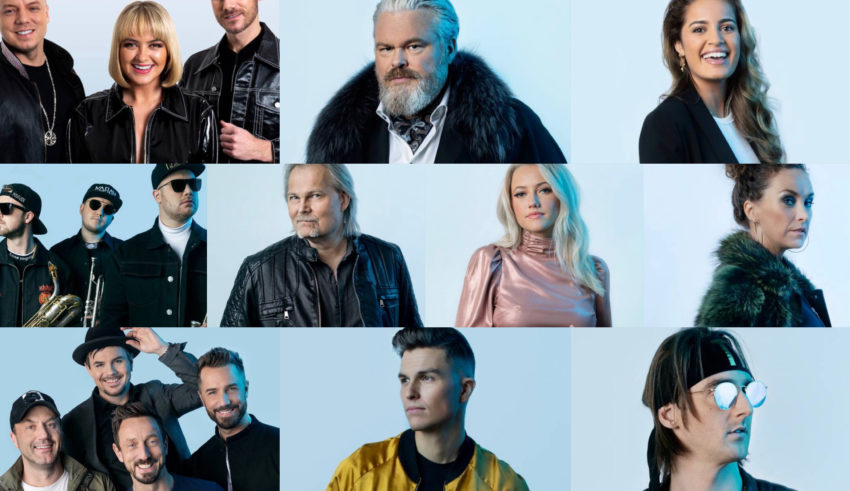 The search for the Norwegian 2021 representative has just started! During a live press conference this afternoon, the broadcaster introduced us to the 6 acts that automatically advanced to the grand final and the acts who we will see competing this saturday at semi-final 1. A total of 26 acts will be competing this year at Melodi Grand Prix 2021.

Instead of choosing Ulrikke internally, broadcaster NRK decided to use their national final Melodi Grand Prix again for selecting their representative for 2021. The format of this year national final will stay similar as last year, but added some tiny changes. Due the ongoing pandemic, all live broadcasts will be without audience. You can find all details about this years’ national final in this article.

The grand final will exist of 12 acts. The pre-qualifiers will automatically go the grand final. The other 6 will be decided by he audience during the semi-finals. We will see the following acts back on 20th of February:

We already see some familiair faces with the pre-qualifiers. KEiiNO already represented Norway at the Eurovision Song Contest 2019 in Tel Aviv. With their song “Spirit in the Sky”, they placed first in the televote with 291 point, but finished in sixth place in the overall scoreboard with 331 points overall. Rein Alexander competed last year at Melodi Grand Prix. He was one of the fan favourites to win the contest with his song “One Last Time.”

The first semi-final will take place this saturday on the 16th of January. TIX will perform his song “Ut Av Mørket” at this semi-final. The following acts will compete for a place in the grand final:

You can listen to their songs here.

After winning Melodi Grand Prix 2020, Ulrikke Brandstorp was set to represent Norway at the Eurovision Song Contest 2020 with her song “Attention.” After the contest got cancelled, NRK offered Ulrikke an automatic place in the grand final of MGP 2021. Ulrikke decided to decline the offer, because she doesn’t know if she had another song as good as “Attention.”

The winner of Melodi Grand Prix 2021 get the chance to represent Norway at the Eurovision Song Contest 2021. He, she or them will be hitting the Eurovision stage for the first time on the 18th of May in the second half of semi-final 1.

What do #YOU think about the artist revealed today? Who do #YOU think should win Melodi Grand Prix 2021? Share your thoughts with us on our forum HERE or join the discussion below and on social media!