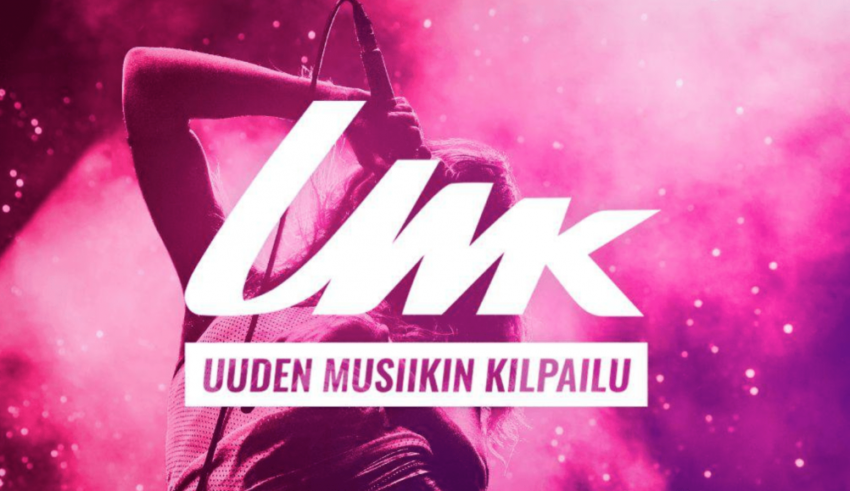 Warning – this post contains speculation, rumors, and potential spoilers for tomorrow’s announcement of UMK finalists. If you do not wish to accidentally spoil the suprise, make sure to click off now! This post will not be considered factual until the press release tomorrow afternoon – so take everything with a grain of salt.

In October of 2020 YLE announced that they would be re-using their national final show and would not internally select Aksel for 2021. The broadcaster promised the show would be a smash hit based on the artists selected, as YleX’s music manager Tapio Hakanen stated that “this would be the toughest UMK ever”. The jury wittled down the 278 public submissions down to just seven, and it appears that the task was not easy.

According to a post on twitter this afternoon, the finalists for UMK 2021 may have been leaked 24 hours prior to the official announcement. It is unknown how these images were obtained, but they are either official pulls from the media announcement or masterfully edited images. The images contain the official hashtag for UMK, feature each of the artists walking some type of runway, and have an obscured version of the YLE logo at the top.

If these images are to believed, then the line-up from UMK could consist of:

This list will make fans scratch their heads for numerous reasons. First of all, UMK 2020 winner Aksel Kankaanranta mentioned that he would not submit an entry to the 2021 selection and instead wanted to focus on his own music. If this leak turns out to be correct, then it seems Aksel changed his mind about Eurovision and UMK. Long time UMK fans will recognize the Teflon Brothers from their performance at the 2013 UMK final alongside Stig, Emma Salokoski and Suvi Teräsniska, who represented Finland in 2007.

Another interesting artist on the leak is two time Eurovision alumni and Estonian superstar Laura Põldvere. The artist has been counting down on her instagram for a “big announcement” since Sunday and the countdown matches up with the UMK reveal tomorrow. For those confused due to her appearance in Eesti Laul, Laura resides in Finland part time, according to a post on her facebook page. 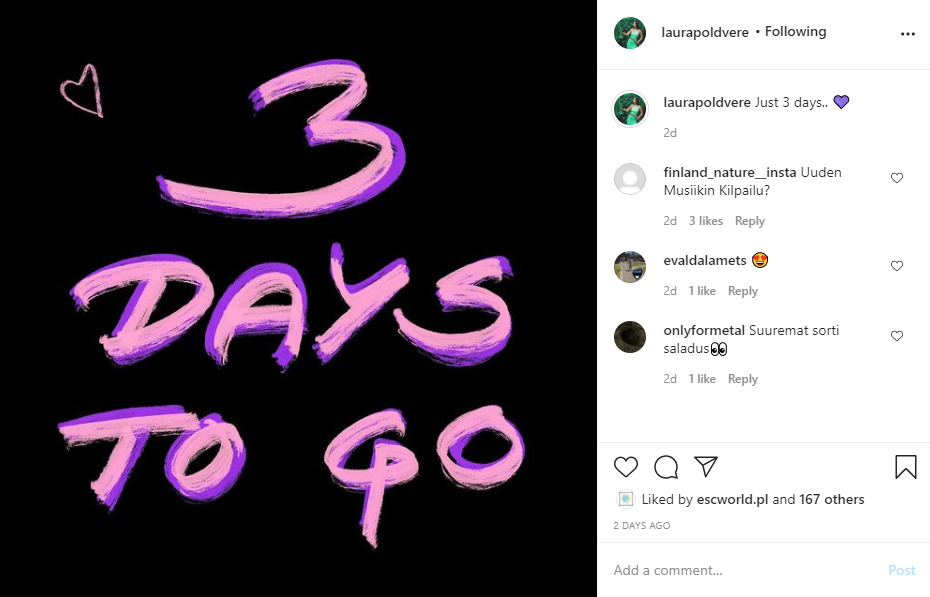 YLE has been posting teaser clues about their seven artists over the last few days, and some of these clues match the leaked artists. For example, one clue stated that: “One of the artists is someone who has competed in Eurovision before and their native language is not Finnish. The songs of this artist has gained a lot of airplay on the radio.” This would clearly point to Laura if it is correct, the most played artist in Estonia to date. The other clues are harder to figure out but they could link up as follows:

The answer to the other clues are a complete guessing game. But in just one day we will know if this leak is correct or not!

What do #YOU think of this news? Can it be trusted? Let us know in the comments, on social media, or on our forum page!