Home 2020 Norway: Final to be held in Trondheim 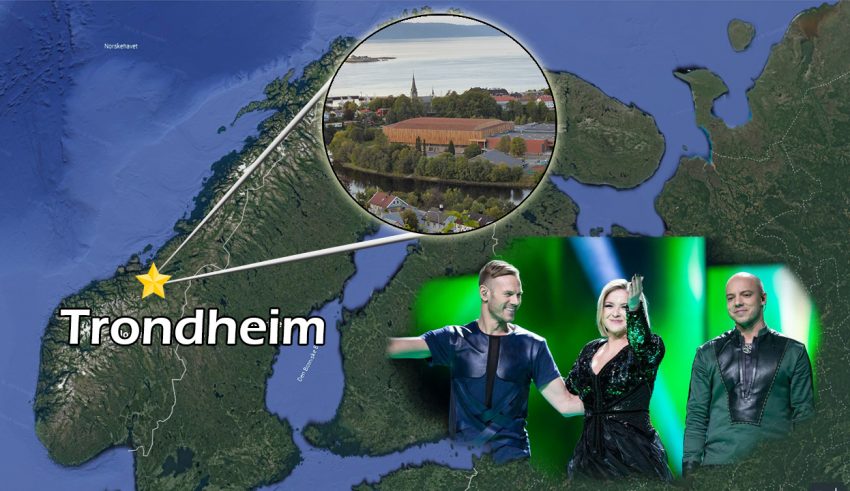 Next year, NRK will be celebrating the 60-year anniversary for their national final, Melodi Grand Prix. Not only have they revealed that they will have a total 6 live shows, but this edition will also be the first time in 31 years, that Oslo isn’t the host city of the final.

The arena in question has just recently been rebuilt and opened op earlier this year. The arena is now one of the biggest multi-event arenas in Europe. The arena has hosted big international events before it was rebuilt, and it’s already going to host some in the near future as well.

The idea of rebuilding the arena was done based on the fact, that some parts of the old arena was quite damaged and needed to be rebuilt, which then developed into an expansion, and the aim was to have it ready for the Men’s Euro 2020 in Handball. The arena will host in total 12 group stage games, which will be held between the 9th and 14th of January 2020. (In case some of you wants to see the arena before the national final.)

For the 60th anniversary of the show, NRK (Norwegian national broadcaster) has decided to expand the format of their national final once again. It has been said that the show will feature 25 songs in total.

All the semi-finals will feature 4 songs each (5 semi-finals and 4 songs in each semi-final equals 20 songs, along with the 5 pre-qualified songs, makes it a total of 25 songs competing, just making sure everything is properly understandable), and all 5 semi-finals will be broadcasted from the H3 Arena in Fornebu.

For a fast summary:

Artists competing this year will be from every corner of the country, and they will be split into the 5 semi-finals. The split is done as follow:

Again, all 5 semi-finals will be held in Fornebu and NOT in their respective regions(in case you were still wondering).

As a final thing, there will be NO juries in 2020, no national juries or international juries. It’s all up to the viewers who they want to see representing Norway in Rotterdam. About 7000 tickets will be made available in two days for the big final.

Earlier this year, KEiiNO was selected to represent Norway in Tel-Aviv with the song “Spirit In The Sky“. The group suffered a lot by the hands of the juries, but was ultimately saved by the viewers who awarded them a total of 291 points, which made them the televote winners of 2019. In the end, they finished on a honorable 6th place with 331 points.

What do #YOU mostly look forward to when it comes to Norway’s national final, and do #YOU believe that Norway can is on the right path to another great result? As always let us know on our forum by clicking HERE or visit our social media pages.