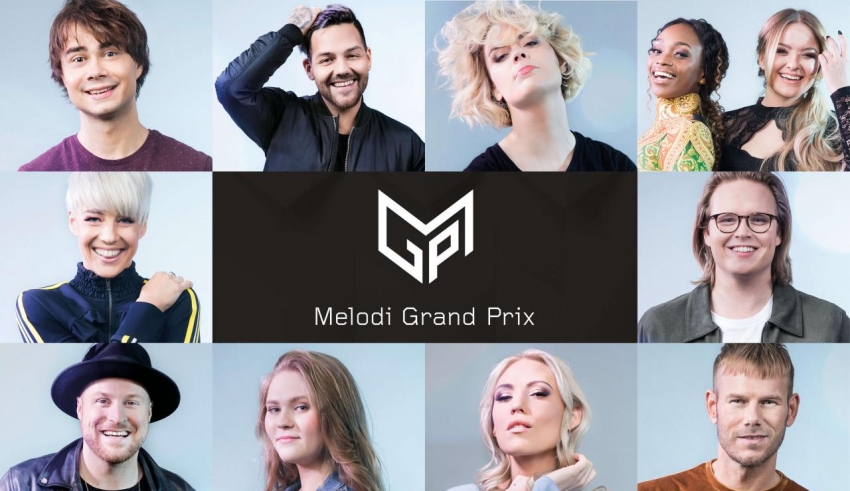 I doubt that anyone saw all of this coming, but damn Norway! The 10 finalists have just been announced, and among them, we find some names which Eurovision fans should be very familiar with.

Norway has revealed the names that will take part in this years edition of Melodi Grand Prix 2018, which is the annual Norwegian national final, and so we shall take a look at the 10 names, that will fight for the Norwegian ticket to Lisbon, this upcoming May.

Eurovision Names In The Line-Up

Norway’s national final will take place on the 10th of March, and will feature quite a Eurovision line-up. Among the 10 finalists, many of them already have some sort of relation to the Eurovision Song Contest, some more than others, so we can only expect a tough competition.

The show will be hosted by Kåre Magnus Bergh and Silya Mymoen.

Born in Chile, but raised in Kristiansand, Norway. Alejandro will perform a Spanish love song. His career started back when he took part in Norwegian Idol, back in 2005. Since then, he’s had great success both as a solo artist and a part of the group De Nye Gitarkameratene.

Both young and old Eurovision fans should know this guy. Alexander Walmann was the vocal part of JOWST, who represented Norway at last year’s Eurovision Song Contest with the song “Grab The Moment”, which ended 10th in the Grand Final. Alexander originates from Porsgrunn, and started his career as a singer, back in 2012, when he finished as runner-up on The Voice Norway.

Next in the line-up, we find another former Eurovision artist. Stella represented Norway back in 2011, Düsseldorf, with the Swahili titled song “Haba Haba“, unfortunately she was eliminated during the 1st semi-final. She is now teaming up with Alexandra Rotan, who also have some Junior Eurovision experience, when she took part in MGP Junior back in 2010.

Vidar Villa originates from the capital of Norway, Oslo, and is considered to be a true hit maker. Majority of his songs tend to gather millions and millions of replays. His song “One Night Stand” was considered among the big summer hits in Norway last year, and the song awarded him a four time platinum award. His song, “Moren Din”(which translates into “Your Mom”), is about a guy falling in love with his friends mother.

Full name, Tom Hugo Hermansen is from Kristiansand and is a singer-songwriter with international success, as well as success in Norway. He currently spends most of his time between Germany and Norway, as well as have written for multiple successful artists in both Germany and Japan. Tom returns to the MGP stage, after he took part back in 2013, with the song “Det Er Du“, where he didn’t manage to qualify to the final.

Full name, Ida Maria Børli Sivertsen originates from Nesna. She is a well known artist and songwriter, when it comes genres such as punk and rock. She’s an established performer, as she has performed around the world, as well as made songs, that have been used in TV series in America. She wrote the song “Mama’s Boy”, which took part in last years MGP, performed by Ella.

Rebecca Thorsen, or simply just Rebecca, is the youngest participant in this years line-up. She originates from Oslo, and won the national music competition P3 Urørt, for young artists under the age of 16. Her song is written by Kjetil Mørland, who represented Norway at the Eurovision Song Contest in 2015, alongside Debrah Scarlett and the song “A Monster Like Me“, which finished 8th in the grand final.

Nicoline Berg Kaasin, is a singer and dancer from Bærum, Norway. She became well known in Norway, after her participation in The Voice in 2015, where she reached the final. In 2016 she released her first single as well as taking part in the Norwegian television show Stjernekamp. This time, she will seek the chance to stand in front, as she was one of Margaret Berger’s backing vocalists back in 2013, Malmö.

Probably the most well known name of them all, then it comes to Eurovision, is Alexander Rybak, who not only represented Norway in 2009 with the song “Fairytale“, but also won the entire competition in Moscow, and brought the contest to Oslo in 2010. Rybak has since his Eurovision victory had great success in both Norway, as well in his native country Belarus, and has on multiple occasions tried to represent both countries as a songwriter.

With this very interesting line-up, are #YOU looking even more forward to Melodi Grand Prix 2018? As always, let us know!