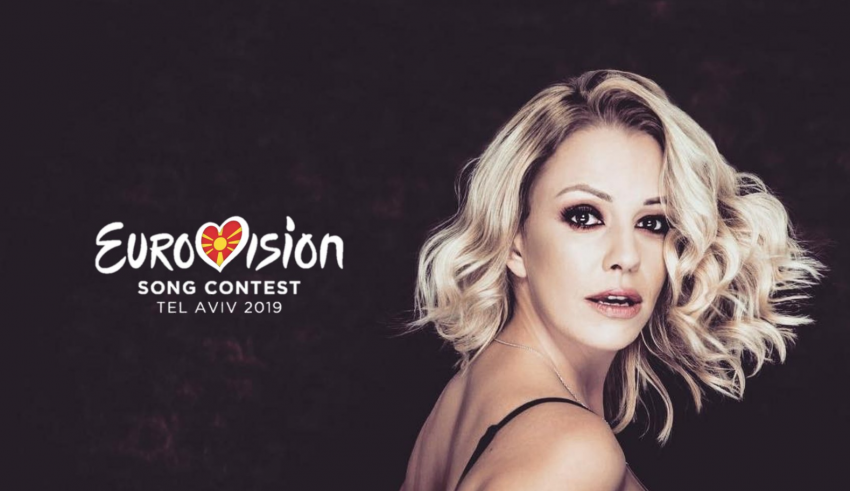 The Macedonian national broadcaster MRT has confirmed a familiar face for Tel Aviv, as Tamara Todevska will be their 2019 representative. Todevska is no stranger to the contest, having participated in Belgrade back in 2008 with Vrčak and Adrijan Gaxha. The group was unable to qualify from the second semi-final with their song “Let Me Love You”, which resulted in the nation’s second non-qualification in the contest.

Todevska’s exposure to Eurovision goes beyond her 2008 involvement, as she participated as a backing vocalist for Toše Proeski for Istanbul 2004, and served as the backing vocalist for her sister Tijana Dapčević in in Copenhagen 2014. She also attempted to represent her country back in 2015 with  her song “Brod što tone”, but finished second in the selection to Daniel Kajmakoski’s song “Autumn Leaves.”

This will be Todevska’s first time participating at Eurovision as a solo artist. Hopes are high for a good performance from the singer in Tel Aviv, with the country last taking part in the Eurovision final in 2012. Will she be able to bring (FYR) Macedonia back to the Eurovision grand final for the first time in six years?

Are #YOU excited to see Todevska in Tel Aviv? Share your thoughts with us on our forum HERE or join the discussion below and on social media!