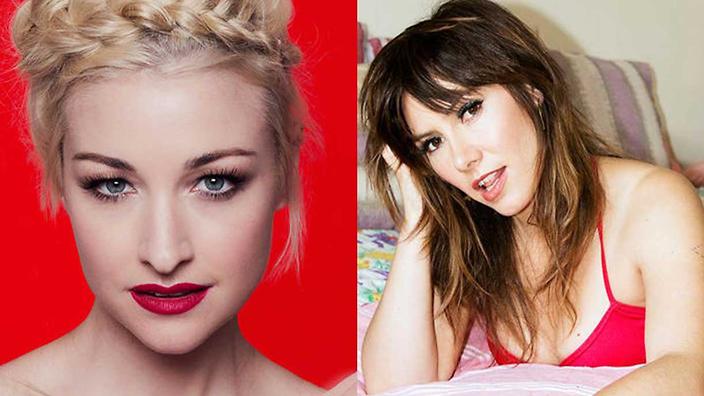 Last week, SBS surprised us when they announced the participation of chart-topping rock band Killing Heidi’s singer Ella Hooper, and today she released her entry “Data Dust.” An alternative rocker in the style that Hooper’s fans will be accustomed to, she lives up to her promise that “rock and roll will be my weapon of choice” at “Eurovision – Australia Decides”!

Written by 24-year-old composer Alice Chance, Hooper told SBS that “Data Dust is a powerful rock-pop feast, peppered with attitude. It is about digital addiction and the ever-creeping effects of social media on our lives, the power pop banger grabs the listener immediately.”

The other song released today is Kate Miller-Heidke’s “Zero Gravity,” written by Miller-Heidke with her partner and collaborator Keir Nuttall. It is a quirky, upbeat pop song with operatic flourishes that will certainly stand out from the pack.

HERE IT IS! My new single and entry for #Eurovision #AusDecides is called ‘Zero Gravity’ and it means a lot to me. Please share and spread the word, if you like it! xx
Lyric video: https://t.co/h79MHmSRbt
Spotify/Apple Music etc: https://t.co/pV8z87a0Du

“Zero Gravity is an operatic pop song about coming out of depression,” Miller-Heidke told SBS. “It uses the metaphor of a bad relationship to describe what it can feel like to be depressed. The choruses and the outro try to capture the feeling of transcendence. I love the double meaning of the word ‘gravity’ – that the song can also be about leaving seriousness behind.”

These two songs have been added to the following six released songs:

Tania Doko, the other Australian heavyweight added last week, and Sheppard, are the two remaining artists yet to release their songs.